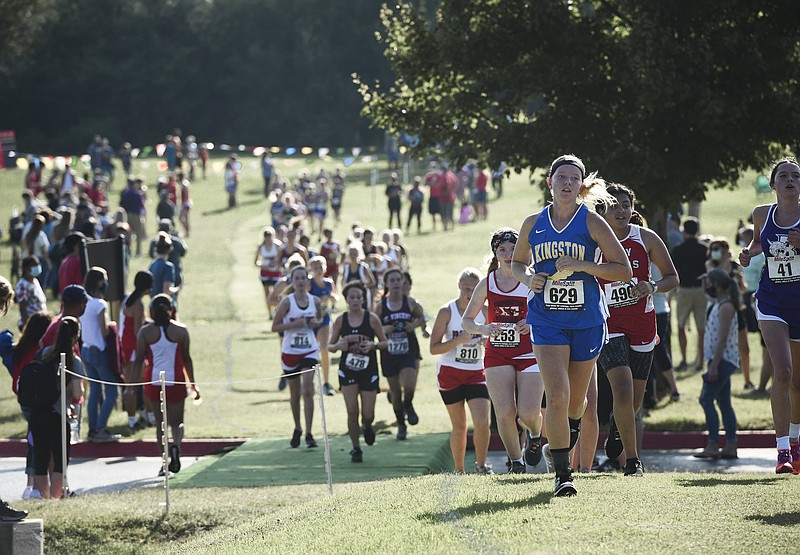 The Arkansas high school cross country championships will now be a two-day event and will have two additional races beginning this fall.

The split into two days comes after Oaklawn officials wanted to have the cross country championships held with no fans, something it had done during its horse-racing season. Taylor rejected that idea.

"They were worried about the coronavirus and how we could make it safer for everybody involved," Taylor said. "But not having fans there wasn't an option for us. We have a lot of people come to these cross country meets, and we had around 1,800 to 1,900 student-athletes participate in last year's meet.

"There are parents and grandparents that want to see these kids run. So we came up with a plan where it would be safe to have fans come and walk around while they practice social distancing during the meet."

The state cross country championships will now be held Nov. 5-6 at Oaklawn, with three classes having their races on each day. Thursday's races will be for schools in Class 1A-3A, while Class 4A-6A schools will run Friday.

Class 1A and 2A schools previously ran together, but they will have separate races this year because of the sport's growth among smaller schools.

"That group is really growing," Taylor said. "With the split, maybe there will be more 1A schools that decide to get involved. That would be a win-win situation if we can get more kids running."

Each race will be allotted 45 minutes, then there will be a one-hour break between classifications to have an awards ceremony and allow fans to enter and exit the Oaklawn infield. Taylor said there will be one entrance to the infield and one separate exit.

The move comes one year after the AAA went to a different format of not having most classifications run in back-to-back races, but that doesn't bother Rogers Coach Carlton Efurd.

"I'm OK with that, just as long as we have the meet," Efurd said. "It's a good plan to me. They want to try to keep the numbers down so the races can be run.

"I like the 45 minutes between the girls and boys races. Those races are usually done in 25 minutes, which gives me a good 20 minutes to talk to the boys and let them warm up. We'll be fine. If they don't know what to do by the time we get down there, then we might be in trouble."