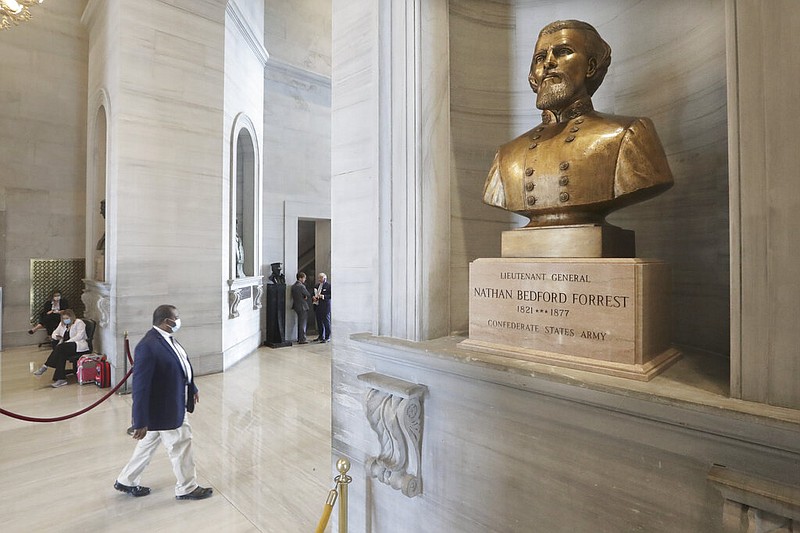 A bust of Nathan Bedford Forrest is displayed in the Tennessee state Capitol on Tuesday, June 9, 2020, in Nashville. (AP / Mark Humphrey )

The 12-member State Capitol Commission in July recommended that busts of Forrest and Admirals David Farragut and Albert Gleaves be moved to the state museum. Lee suggested the Forrest museum move.

The Tennessee Historical Commission also must approve by a two-thirds margin. A commission official has said the earliest a final vote could happen is February.

Gillum Ferguson, a spokesperson for the governor, said his office is reviewing the letter and believes the Capitol Commission followed historical precedent.