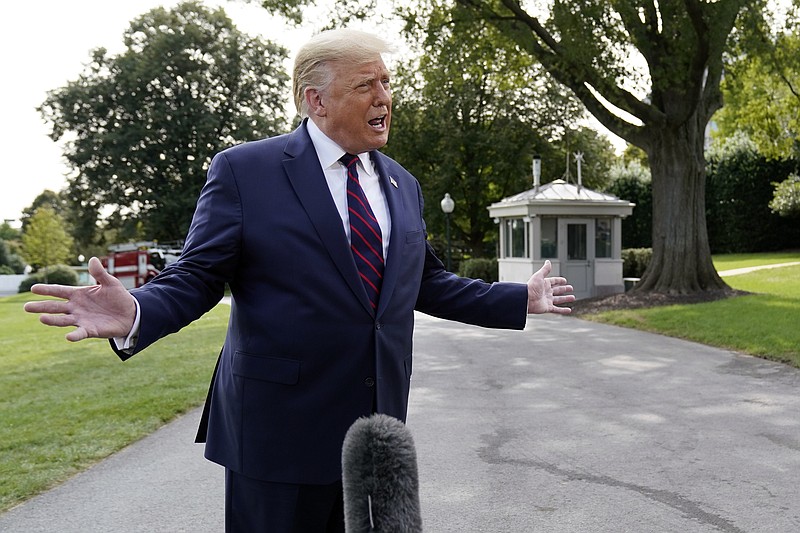 President Donald Trump speaks with reporters as he walks to Marine One on the South Lawn of the White House, Tuesday, Sept. 15, 2020, in Washington. Trump is en route to Philadelphia. (AP Photo/Alex Brandon)

PHILADELPHIA -- Fielding questions about voters' real-world problems, President Donald Trump denied during a televised town hall Tuesday that he had played down the threat of the coronavirus earlier this year.

One-on-one with voters, Trump was pressed on his administration's response to the covid-19 pandemic and why he doesn't more aggressively promote the use of masks to reduce the spread of the disease.

"There are people that don't think masks are good," Trump said.

The event, hosted by ABC News' George Stephanopoulos, was a warmup of sorts before Trump faces Democratic nominee Joe Biden in the first presidential debate Sept. 29. Taped at the National Constitution Center in Philadelphia, it featured Trump taking questions from an audience of just 21 voters to comply with state and local coronavirus regulations.

Trump sought to counter his admission to journalist Bob Woodward that he was deliberately "playing it down" when discussing the threat of covid-19 to Americans earlier this year. Despite audio of his comments being released, Trump said: "Yeah, well, I didn't downplay it. I actually, in many ways, I up-played it, in terms of action."

"My action was very strong," Trump added. "I'm not looking to be dishonest. I don't want people to panic."

Trump also insisted he was not wrong when he praised China's response to the virus in January and February, saying he trusted Xi Jinping, the Chinese leader.

"He told me that it was under control, that everything was and it turned out to be not true," Trump said.

Trump also suggested the virus would disappear without a vaccine, claiming the nation would develop a herd immunity with time.

"It's going to be herd-developed, and that's going to happen. That will all happen," Trump said. "But with a vaccine, I think it will go away very quickly."

The questions from uncommitted voters were pointed and poignant: a diabetic man who said he felt he'd been thrown "under the bus" by the mishandling of the coronavirus pandemic; a Black woman with a disease that left her uninsurable until the former President Barack Obama's health care law came along who is worried that she could lose coverage again; and a Black pastor who questioned Trump's campaign motto to "Make America Great Again."

"When has America been great for African Americans in the ghetto of America?" the pastor asked.

Questioned about what he was doing to address protests against racial injustice, Trump lamented a "lack of respect" and the absence of "retribution" for those who clash with or carry out attacks against police officers. Trump on Sunday called for the death penalty for the individual who shot and critically injured two Los Angeles sheriff's deputies in an ambush over the weekend.

Trump has been mum on his preparations ahead of the first debate, set to take place in Cleveland. On Tuesday, he told Fox News that he believes his day job is the best practice for his three scheduled showdowns with Biden.

"Well, I sort of prepare every day by just doing what I'm doing," Trump said.

He noted that he had been in California on Monday and had been to other states before that to make the point he's getting out and about more than Biden.

Returning from a long day of campaigning in Florida, Biden said at his plane that he was preparing for the debates mostly by going back through what Trump has said in the past. But he suggested he had yet to initiate mock debates, saying he was unaware who would play the role of Trump in his preparations.

Information for this article was contributed by Will Weissert of The Associated Press. 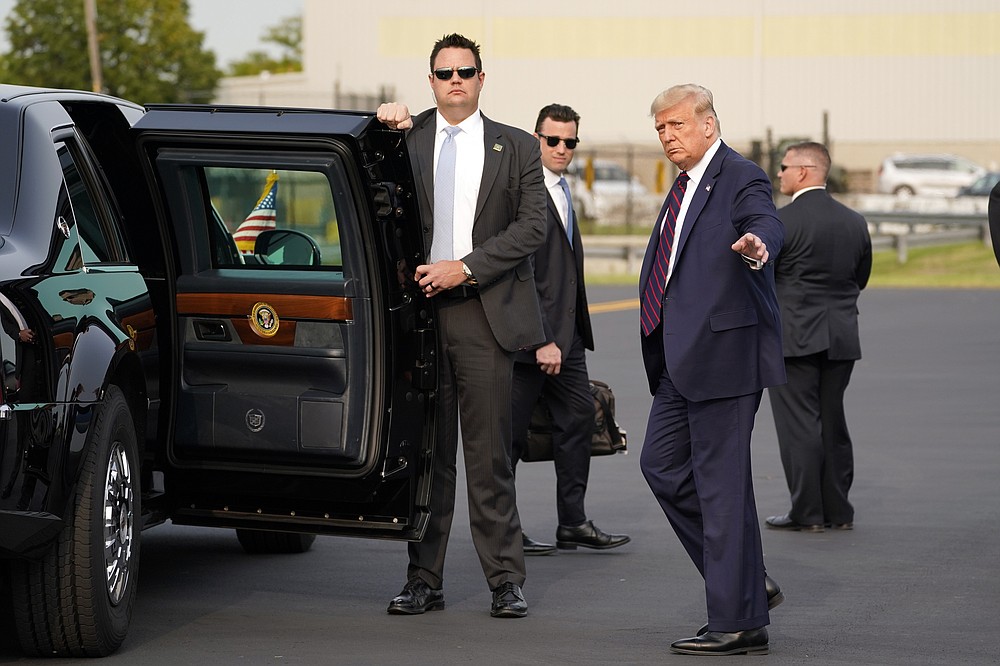 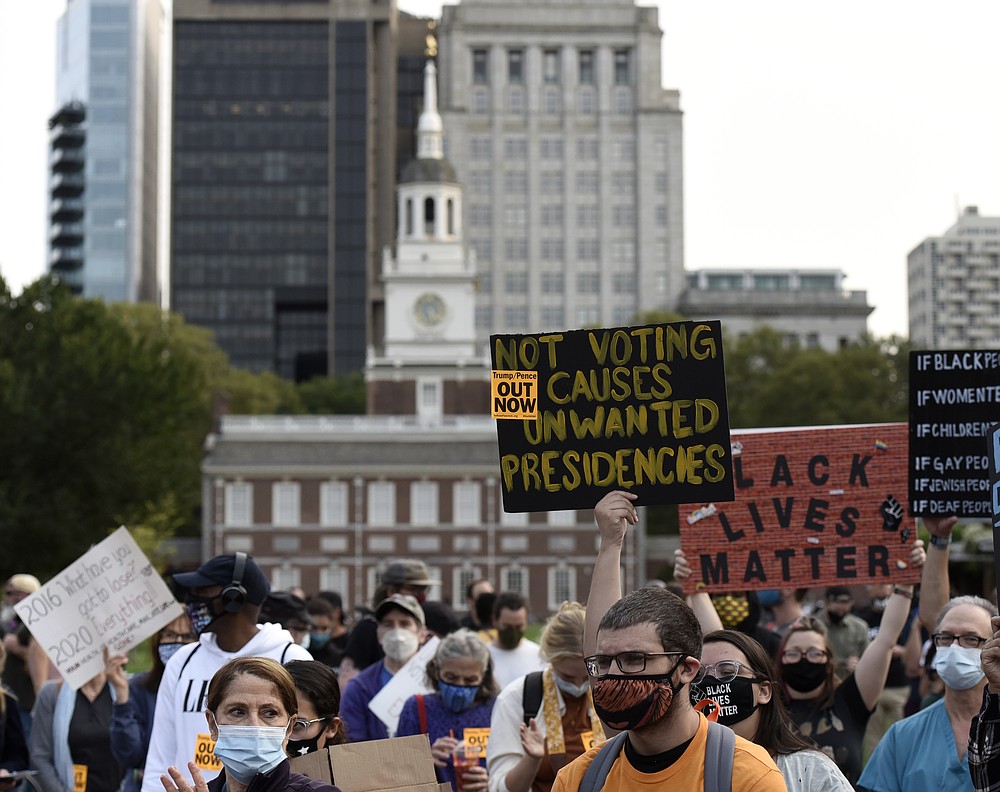 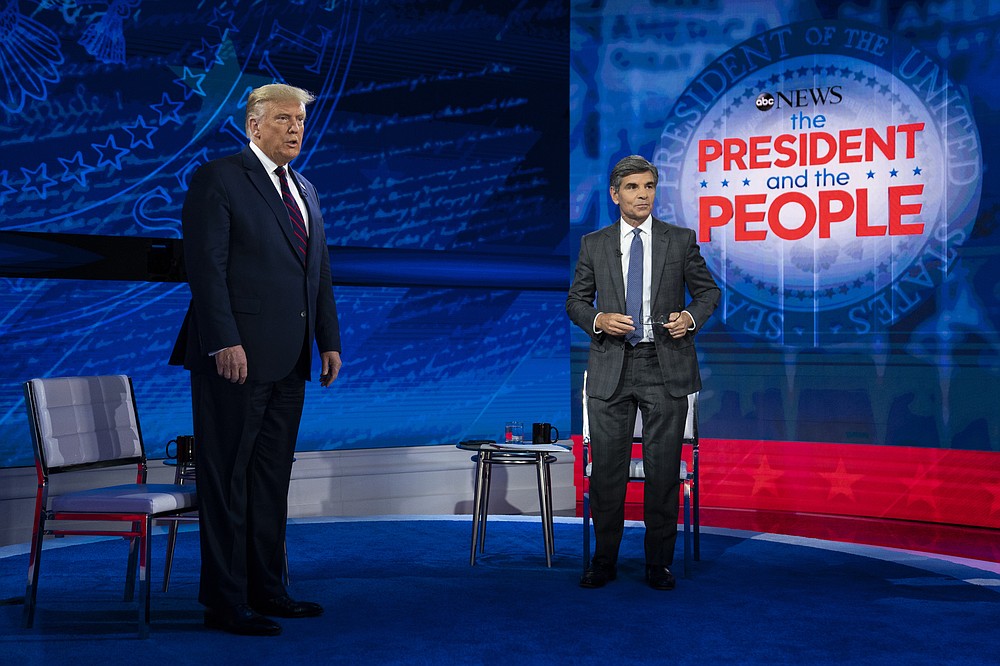 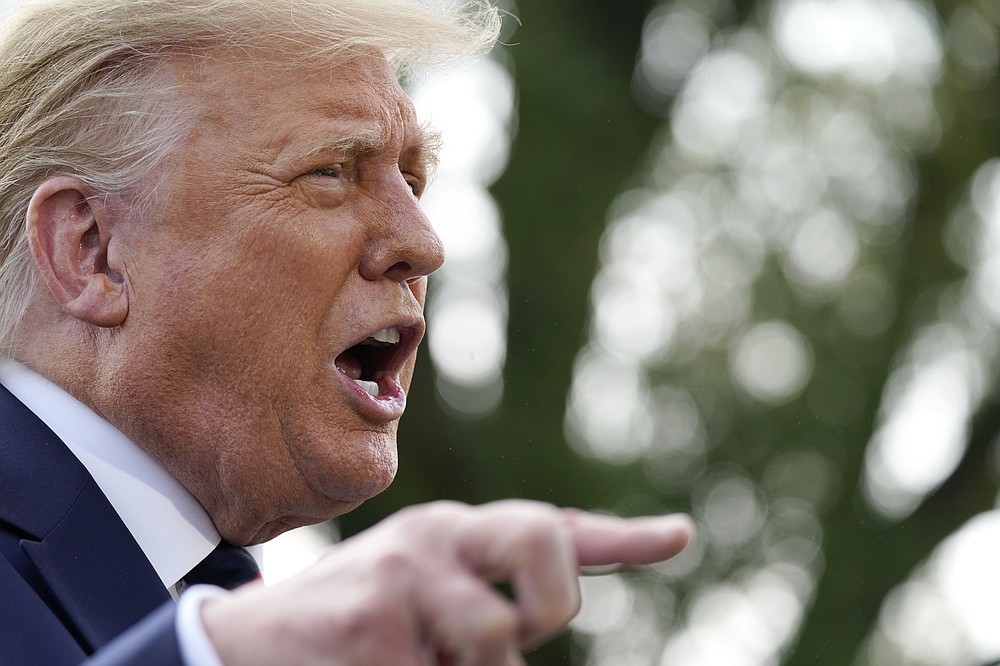 President Donald Trump speaks with reporters as he walks to Marine One on the South Lawn of the White House, Tuesday, Sept. 15, 2020, in Washington. Trump is en route to Philadelphia. (AP Photo/Alex Brandon) 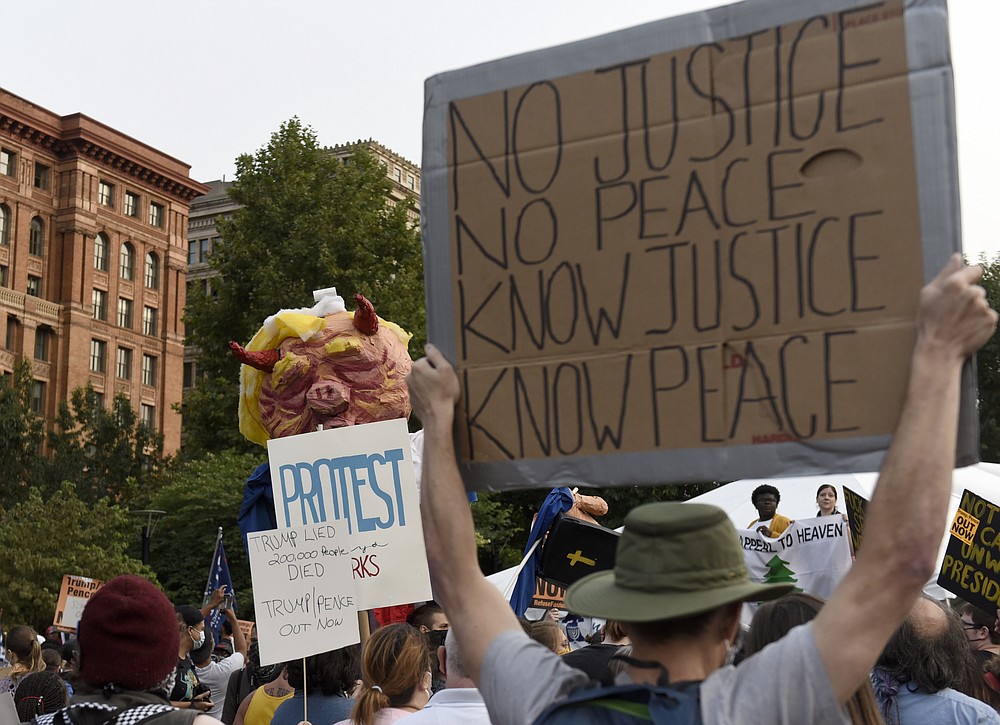 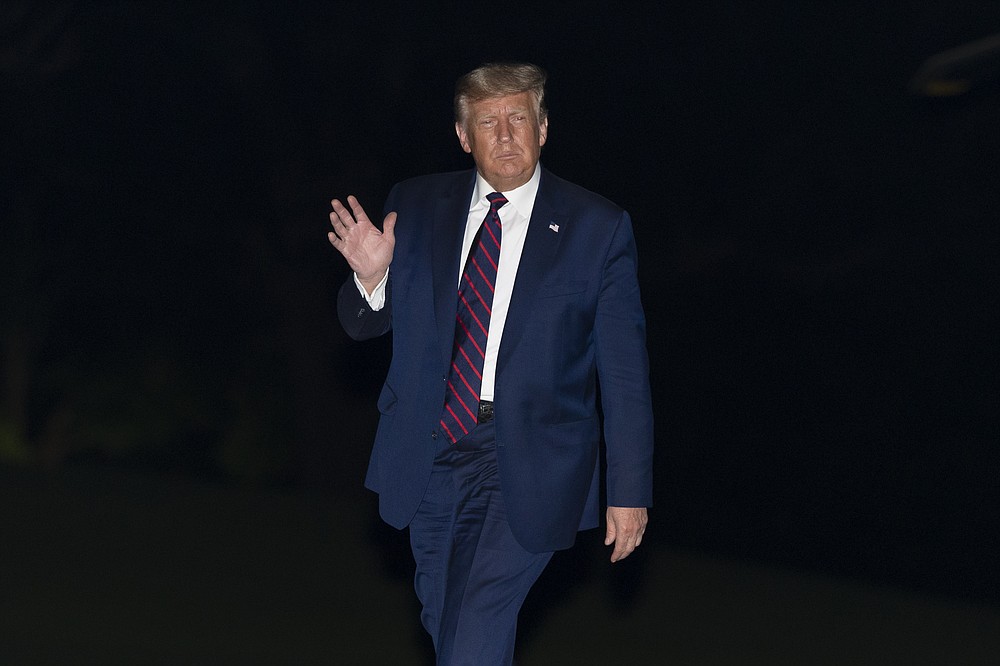 President Donald Trump waves after stepping off Marine One on the South Lawn of the White House, Tuesday, Sept. 15, 2020, in Washington. Trump is returning from Philadelphia. (AP Photo/Alex Brandon)
ADVERTISEMENT