UNDER THE RADAR: Pottsville's Elijah Bradley 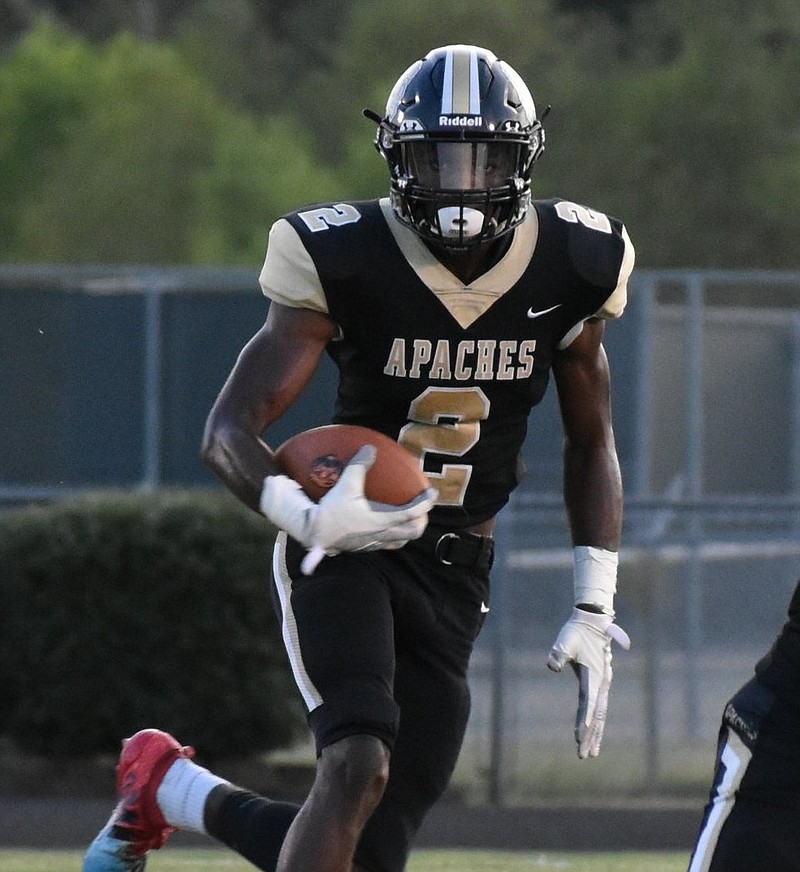 On Wednesdays, we feature an in-state prospect who could be flying under the radar of college coaches. This week's UTR prospect is Pottsville’s Elijah Bradley.

Stats: In three games, he recorded 32 rushes for 242 yards and 2 touchdowns, and 23 receptions for 259 yards and 3 touchdowns. Defensively, Bradley had 3 fumble recoveries, 2 forced fumbles and 4 tackles for loss.

“Over the years, I think maybe early in his career when he was younger, he thought basketball was going to be his sport. Through the years, he’s been a kid that’s kept developing and kept developing and really started over the last year to year and a half figuring out he’ll be a football guy. I think that’s put him behind as far as recruiting.”

Has all the tools:

“As far as raw talent, he’s got it all. I think that’s something that’s going to continue to get better and better as he learns the game.

“I still think he can carry 15-20 pounds pretty easy. Last year, he was probably a 4.7 (40-yard dash) guy and we didn't put a clock on him since last year, and right now I think he’s a legit 4.5 guy. He may continue to grow there, too, because, again, whenever you have a kid that plays basketball and football and summer basketball, he hasn't stayed in the weight room that much.”