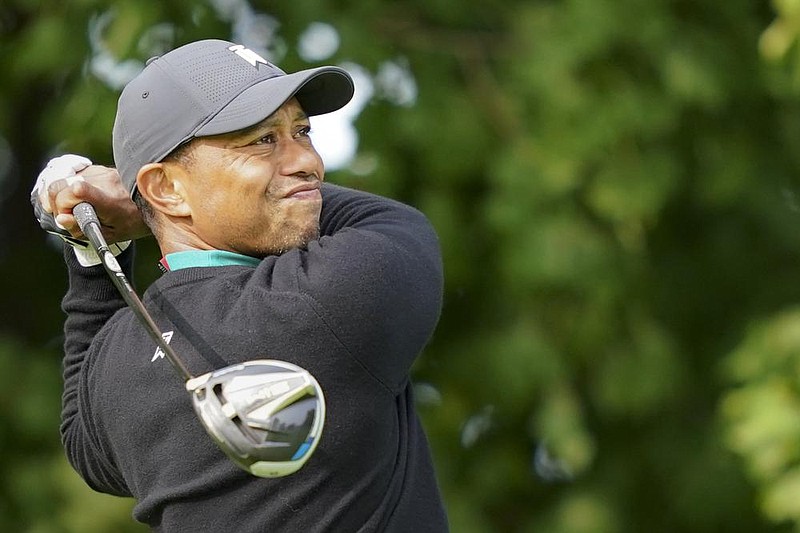 Tiger Woods watches his shot off the 12th tee during a practice round Tuesday before the U.S. Open Championship at Winged Foot Golf Club in Mamaronek, N.Y. Woods missed the cut in 2006 at the U.S. Open the last time it was held at Winged Foot. (AP/John Minchillo)

MAMARONECK, N.Y. -- The older he gets, the more difficult it gets for Tiger Woods.

He is one victory away from setting the PGA Tour career record, and it's been that way since January.

Every major he plays this year is a chance to tie the mark for the most titles in each one. He missed out on a fifth PGA Championship victory last month. He goes for No. 4 in the U.S. Open this week at Winged Foot. He gets a shot at a sixth green jacket at the Masters in November.

"I think it gets harder to win as we all age," Woods responded to a query about records getting harder to achieve the closer a player gets to them. "I think that when you're in your prime, in your peak years, you have to take advantage of those opportunities so then when you get to the all-time marks, you have that opportunity."

It doesn't figure to get any easier at Winged Foot.

Two days before the start of the 120th U.S. Open -- and sixth at Winged Foot -- the course already is living up to its reputation as being a brute even without the USGA grooming it for the toughest test in golf.

Jon Rahm doesn't expect anyone under par by the end of the week.

Defending champion Gary Woodland arrived over the weekend and was chipping around the green when his caddie tossed golf balls in his direction.

"We lost a ball for about five minutes and it was right in front of me," Woodland said. "We didn't find it until we stepped on it. The golf ball can disappear pretty quickly."

He at least was heartened to hear that volunteer marshals were being brought in for the practice rounds. There is no gallery to direct, only tee shots to locate.

"The practice rounds would have been 10 hours out here trying to find golf balls," Woodland said.

None of this is news for Woods, one of 15 players who played in the 2006 U.S. Open at Winged Foot, the first major that he missed the cut as a pro. It was a month after his father died, and Woods said Tuesday in retrospect that he spent more time grieving than preparing, and it showed that week.

He returned a few weeks ago for a practice round with Justin Thomas and while the course was soft, Woods thought it was ready that day for the U.S. Open. His opinion didn't change when he arrived over the weekend.

"I think it's right up there next to Oakmont and I think Carnoustie as far as just sheer difficulty without even doing anything to it," Woods said.

He is 18-over par in the six rounds he has played at Winged Foot (including the 1997 PGA Championship), 6 over in his one appearance at Oakmont (runner-up) and 3 over in his 12 rounds at Carnoustie for the British Open.

"Those three golf courses, they can host major championships without ever doing anything to them," he said. "This one or Oakmont is either one or two."

Having the U.S. Open in September for the first time since 1913, a move forced by golf being shut down for three months because of the coronavirus pandemic, allows for cooler temperatures and better control of the greens and their wild contours at Winged Foot, along with a sub-air system. The pandemic also means no spectators, which means no foot traffic by 40,000 people to trample the long, lush blades of grass.

No wonder Rahm said he would be surprised if anyone broke par, and if they did, would win by a large margin.

Woods played nine holes Tuesday with Thomas, and they'll be spending even more time together later in the week. They are in the same group for the second consecutive major.

Thomas loved Winged Foot when he played it during his scouting trip late last month. He raved about the difficulty and used a word rarely heard at U.S. Opens -- fun.

"It's a different kind of fun," Thomas said, alluding to the value of par.

He also doesn't see any way the USGA can make it more of a test than it needs to be, unless the greens get too firm and fast and the pins are on slopes.

As for the fun? It's all about accepting that it won't be easy. That goes back to Jack Nicklaus often saying he could rule out players at the U.S. Open by listening to how much they complain.

"You just have to embrace it. Otherwise, it's going to eat you alive," Thomas said. "I'm not going into this week scared of Winged Foot. It is probably the hardest golf course I've ever played.

"But that being said, I can't play tentative. I can't only try to make pars. If I have a scoring club, I need to try to make a birdie. But then if I get in trouble, I just need to get out.

"I think the most important thing is ... not make this place any bigger than it is. Because it's already big." 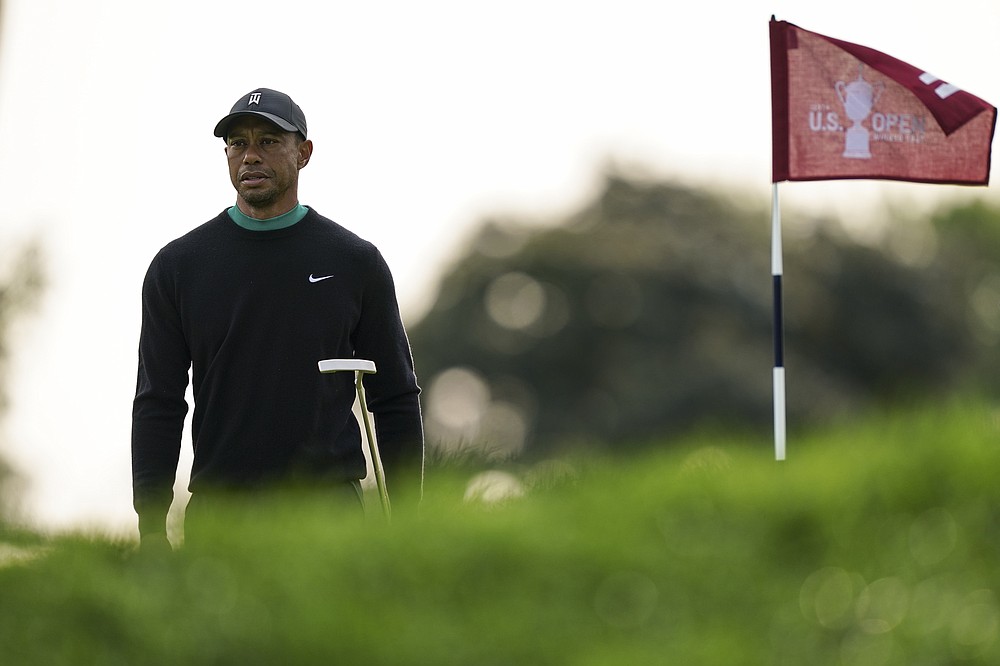 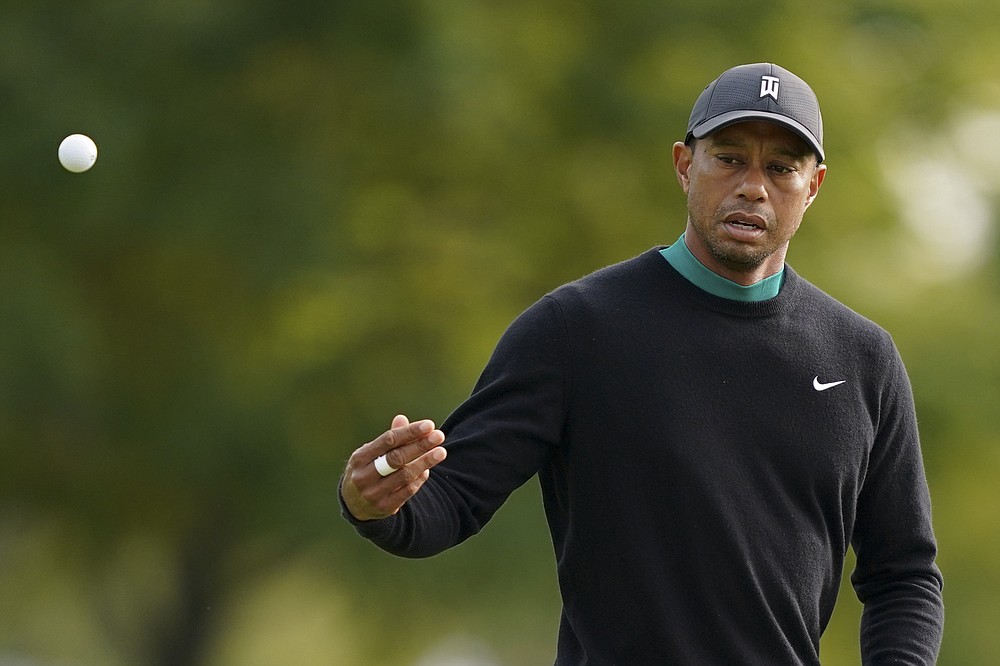 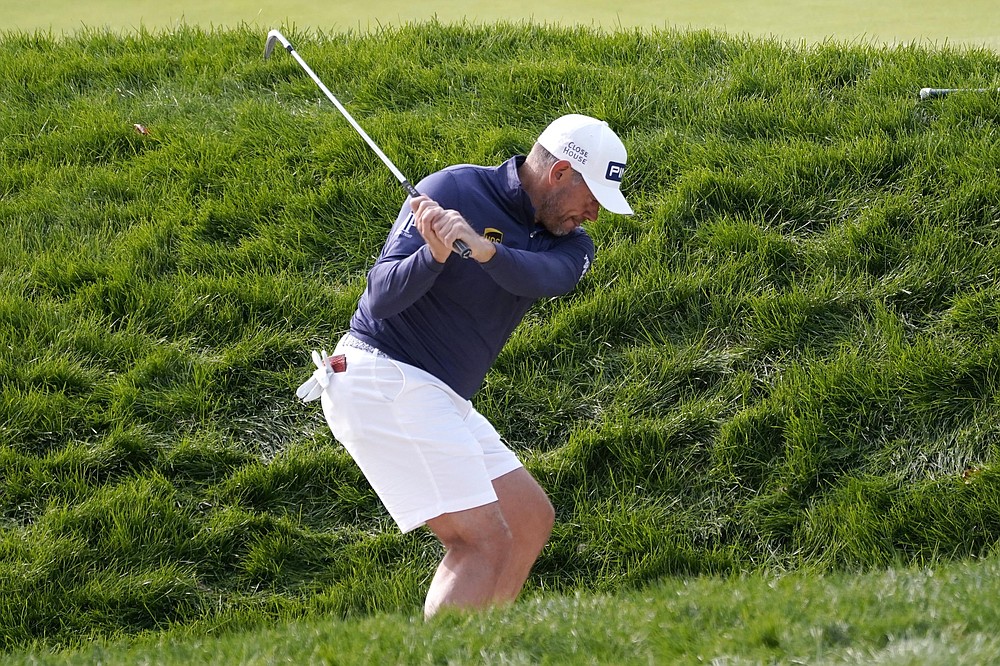 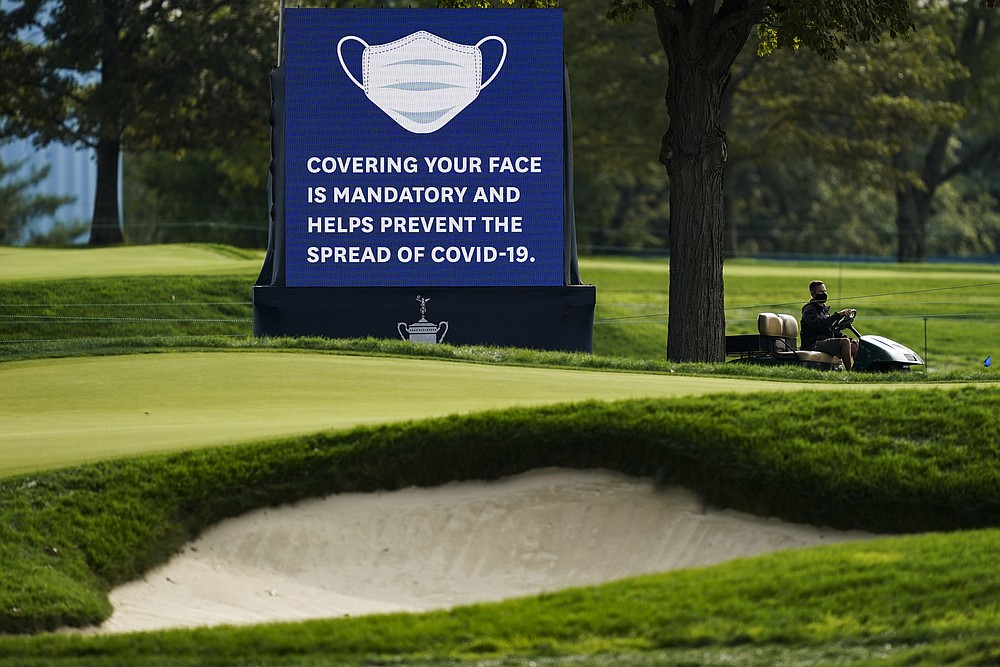 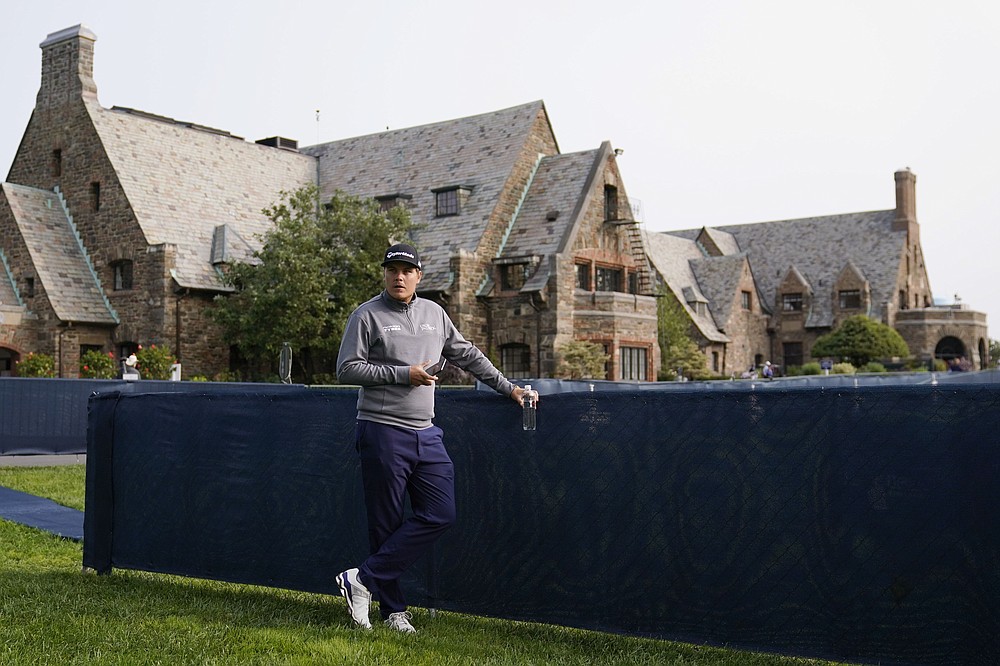 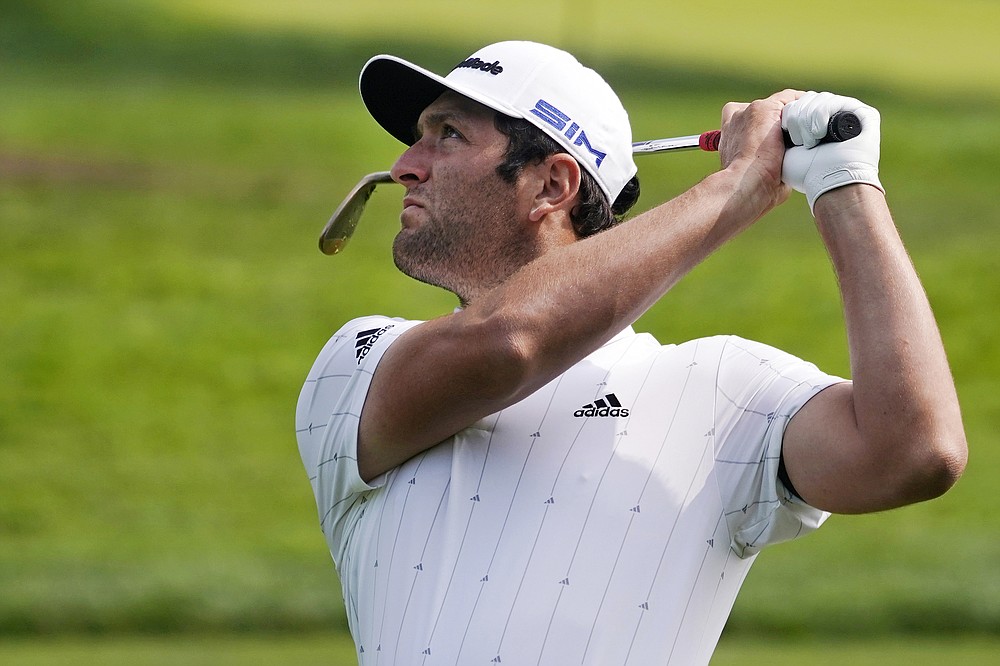 Jon Rahm, of Spain, watches his shot from the 11th fairway during a practice round before the U.S. Open Championship golf tournament, Tuesday, Sept. 15, 2020, at the Winged Foot Golf Club in Mamaroneck, N.Y. (AP Photo/Charles Krupa) 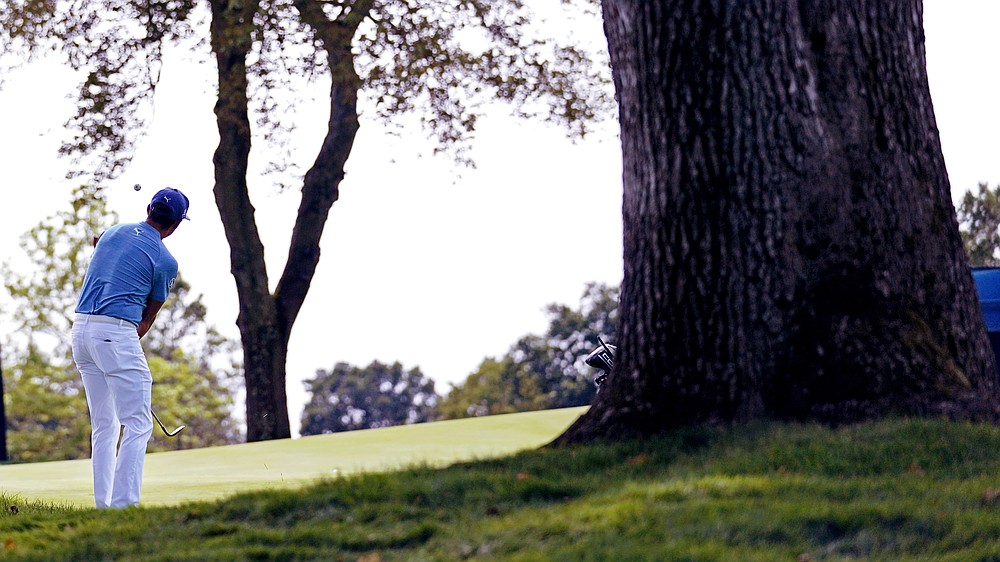 Rickie Fowler chips onto the 16th green during a practice round for the U.S. Open Championship golf tournament, Tuesday, Sept. 15, 2020, at the Winged Foot Golf Club in Mamaroneck, N.Y. (AP Photo/Charles Krupa)
ADVERTISEMENT