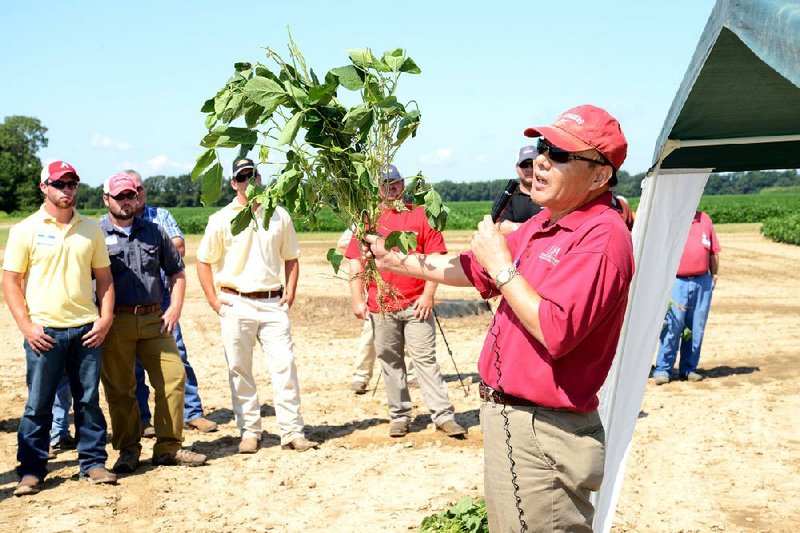 The FBI is looking into the University of Arkansas System's proposed $16.5 million sale of 6,300 acres at its research station in St. Francis County, a state senator said Wednesday.

Sen. Ron Caldwell, R-Wynne, whose district includes the UA System's Pine Tree Research Station, said he met with FBI agents in early August. Caldwell declined to characterize the FBI's interest in the matter or to specify how long the interview lasted. He said he wasn't the source of any information that attracted the FBI's attention.

Connor Hagan, spokesman for the FBI in Little Rock, said: "It's a long-standing policy of the Department of Justice that we can neither confirm nor deny an investigation. That's all I can say on the matter."

The UA System board of trustees approved the sale to a private entity, Lobo Farms LLC, on March 11. The system said the sale was subject to the approval of Congress, which deeded 11,850 acres to the university in 1960. The acreage became known as the Pine Tree Research Station, near the Colt community in St. Francis County.

Lobo Farms LLC is based in Fisher in Poinsett County. Its registered agent is Mark Saalfield Norris Jr., a financial adviser for Raymond James & Associates in Memphis. Lobo Farms made the only bid for the property.

While Norris, who goes by the name "Field," didn't return a telephone call Wednesday to his office in Memphis, an attorney working with the buyers' group responded by email. (Norris is a son of U.S. District Judge Mark Saalfield Norris Sr., a longtime Tennessee state senator who was appointed to the federal bench by President Donald Trump in 2018.)

Justin T. Allen of the Little Rock firm of Wright Lindsey Jennings wrote, in part, "Nobody associated with the buying group has had contact with the FBI."

Allen also wrote: "At the outset, the buying group wants to make clear that there is no intention to engage in an adversarial process with the State, or anyone else, as it relates to the purchase of the property. Many assume that this transaction will be to the detriment of the public and the surrounding community. For several reasons, some outlined below, that doesn't have to be the case. This can and will be a true win-win for everyone concerned with the property, the community and hunting and conservation in Arkansas."

Selling the land was the idea of the UA System's Agriculture Division, which said it could use the proceeds to help pay for a rice research station now under construction near Jonesboro and for other agriculture and timber research projects. A spokeswoman for the Agriculture Division said a series of questions from the Arkansas Democrat-Gazette, including whether the FBI has contacted system officials, would be answered today.

According to the UA System, the 6,300 acres are wooded and wet, unsuitable for row-crop research. It has been open to the public for hunting, fishing and other activities under a 1999 management agreement with the state Game and Fish Commission.

Those hunters have been upset about the proposed sale for weeks and, according to some of their posts on social media, have contacted state and federal lawmakers.

In a statement Wednesday afternoon, the office of U.S. Sen. John Boozman said, "While I believe that a rice research center in this part of the state would be beneficial to our farmers, I have also heard from many concerned constituents who fear the loss of publicly-accessible land for recreational purposes.

"I strongly urge all of the state entities involved to reach a solution that preserves publicly-accessible land and also provides funding for a rice research center. There are many ways both of these goals can be achieved, and I stand ready to work with stakeholders when an agreement is reached," Boozman said.

Boozman made similar comments during a recent visit to the Pine Tree Research Station, according to the newspapers in Wynne, Forrest City and Marianna.

U.S. Rep. Rick Crawford of Jonesboro, whose district includes the research station, told KAIT in Jonesboro on July 23 that he was concerned about the sale, how it was handled and whether the UA System could have gotten more money. His office said Wednesday evening that it had nothing more to add beyond the television interview.

The office of U.S. Rep. French Hill of Little Rock said he was withholding judgment because the research station isn't in his district, adding that he would await the advice of his Arkansas colleagues.

Caldwell, the state senator from Wynne who said he met with the FBI, also said he and many other state legislators want the land to remain in public hands.

Caldwell said he didn't know of the proposed sale until late July.

In a question-and-answer document devised by the UA System Agriculture Division in July, officials made several points, including that:

• The property sale wasn't subject to bids and that an agent, Lile Real Estate in Little Rock and Memphis, was hired to market the property only after other public and nonprofit entities declined to buy the land.

• The proposal was on public documents and voted on in public.

No news organization apparently reported on the land sale when the vote was taken on March 11 or on March 18-19, when the board of trustees held a special meeting to adopt the minutes of the March 11 meeting and to conduct other business. Both meetings were held online because of the coronavirus pandemic.

The statement from Allen, the attorney for the Lobo group, also said: "The buying group became aware of the property's availability in late 2019 through contact with a broker working on behalf of the UA. The initial discussions surrounded a possible grant to the UA or the State designed to maintain public ownership."

Besides the purchase price approved by the UA System board, Lobo was contributing another $1 million to an endowment in waterfowl and wetlands conservation programs.

Allen said he couldn't yet name other investors behind Lobo Farms but, in his statement, he wrote that the group "has a proven track record of conservation, habitat restoration, land stewardship, and community outreach."

"The buying group is acutely aware of opposition to the transaction," said Allen's statement. "It is understandable that some members of the public are concerned about losing access to what has long been public land. ... However, the buyers believe that much of the concern will be allayed once there is a true understanding of the plans for the property."

Because of the concerns, Allen wrote, the buyers "continue to express a willingness to consider putting the transaction on hold" to give the state time, including during the 2021 legislative session, to decide whether other state agencies want to buy the land. 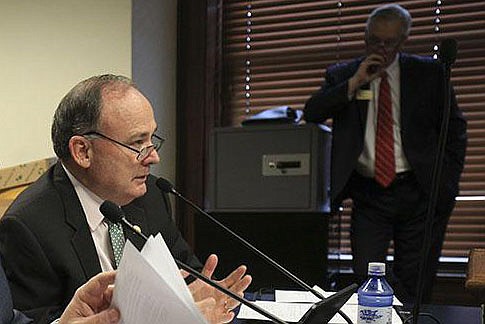