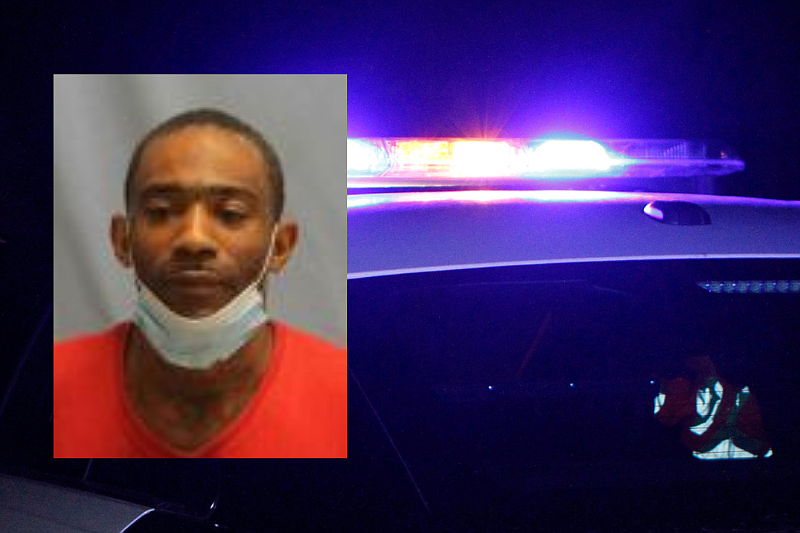 A 37-year-old man was arrested on multiple felony counts after a report of shots fired at a Little Rock apartment complex Wednesday led to a pursuit and wreck that injured several people.

Lewis Cooney of Little Rock faces charges of second-degree battery, possession of a firearm by certain persons, possession of a defaced firearm, fleeing by vehicle, fleeing on foot, leaving the scene of an accident with injury and additional traffic offenses, according to a statement posted Thursday on Twitter by Little Rock police.

Officers responded a few minutes after 6 p.m. Wednesday to a report of shots fired from a black Dodge Charger at Auxora Arms Apartments, 9101 Auxor Road, a police report states.

Several officers spotted a vehicle matching the description in the area and began a pursuit as the Charger sped away “in a reckless manner,” the report states.

Police said the Charger caused a wreck at Baseline and Geyer Springs roads that injured five people, including a 12-year-old and a 16-year-old.

Officers chased Cooney as he ran from the scene until they were able to arrest him. One officer suffered cuts to her hand during the chase that required stitches, according to the report.

No weapons were found on Cooney when he was taken into custody, police said, but a pistol with a defaced serial number was found in the Charger.

Cooney remained in the Pulaski County jail as of Thursday morning, according to an online inmate roster.

A Twitter post by police Wednesday night said two additional people had been taken into custody. The pair were later released without charges, according to the department.