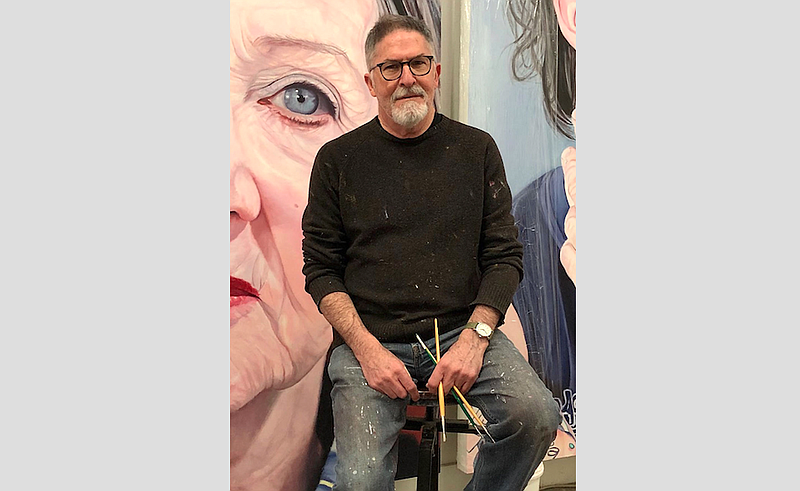 The Arkansas Arts Council has announced this year’s recipients of the Individual Artist Fellowship awards.

The fellowships are unconditional, non-matching awards made directly to individual Arkansas artists, according to a news release. An independent panel annually selects nine artists in rotating categories to receive fellowships of $4,000 each.

Artists from around the state submitted applications for the fellowships in three categories: painting, excluding works on paper; directing of theatre and screenwriting.

• Justin Blake Crum of Conway is a writer, director and producer. He earned a BA in film and electronic arts at California State University, Long Beach. He has worked in documentary filmmaking for several years, including directing and producing the Emmy award-winning documentary, “Bell Ringer,” which aired on PBS and the World Channel in 2017. He is currently finishing his debut feature film, “Papaw Land,” which will premiere in 2021.

• Jasmine Serena Greer of Conway is associate professor of graphic design and interactive media at Arkansas Tech University in Russellville. She earned a bachelor of arts in religious studies and a bachelor of fine arts in art at the University of Central Arkansas and a master of fine arts degree in interdisciplinary arts and media at Columbia College Chicago. She has taught at the Arkansas Governor’s School and at the Windgate Summer Art Launch at Arkansas Tech University. She was co-founder and co-director of the Royal Film Festival in Benton and has written and directed a short film and a feature-length documentary.

• Lauren Ferebee of Fayetteville is an MFA candidate in dramatic writing at the University of Arkansas. She earned a BFA from Tisch School of the Arts at New York University and studied screenwriting/playwriting at Einhorn School of Performing Arts in New York City. She won the Best Film award at the Quarantine Film Festival as a writer. She is the author of several full-length and one-act plays.

• Morgan Hicks of Fayetteville is an assistant professor at the University of Arkansas. She earned a BFA in acting at Arkansas State University, an MA in performance studies at Missouri State University and an MFA in directing at University of Arkansas. She has worked as an actor, dramaturge, playwright and director. She is co-founder of TheatreSquared, a professional regional theater company in Fayetteville, where she serves as the director of education and program development.

• Justin A. Pike of Little Rock is the artistic director at the Studio Theatre. He earned a BA in theater at the University of Central Arkansas. He is the summer theater camp director at Arts and Science Center for Southeast Arkansas in Pine Bluff and directs the Young Players Second Stage program at Royal Theatre in Benton. He also serves as president of the Arkansas Community Theatre Association, is the Arkansas Liaison to the Southwest Theatre Conference and has worked as director, performer, designer and choreographer on several productions throughout Arkansas and surrounding states.

• Erika Wilhite of Fayetteville is a social and civic practice theater artist. She earned an MFA in theatre from the University of Central Florida and continues to train as an artist, facilitator and educator. She was a feature speaker at the TEDx University of Central Arkansas conference, where she spoke about immersive theater, novelty’s effect on the brain and the necessity of live performance for community and culture. She is an Arts and Transportation Fellow with Transportation for America and founder of Artist’s Laboratory Theatre in Northwest Arkansas. She has experience as a director, playwright, dramaturge and ensemble artist.

Winners for painting (except for works on paper):

• Ray Allen Parker of Fayetteville earned a BA and an MFA in English at the University of Arkansas at Fayetteville, where he later studied painting and drawing. He was senior merchandising manager, senior editor, creative programs development manager and photography director at JC Penney’s nationwide headquarters, in Plano, Texas, where he worked for more than 30 years until he returned to Arkansas in 2010 to begin painting. He is represented by Boswell Mourot Fine Art in Little Rock.