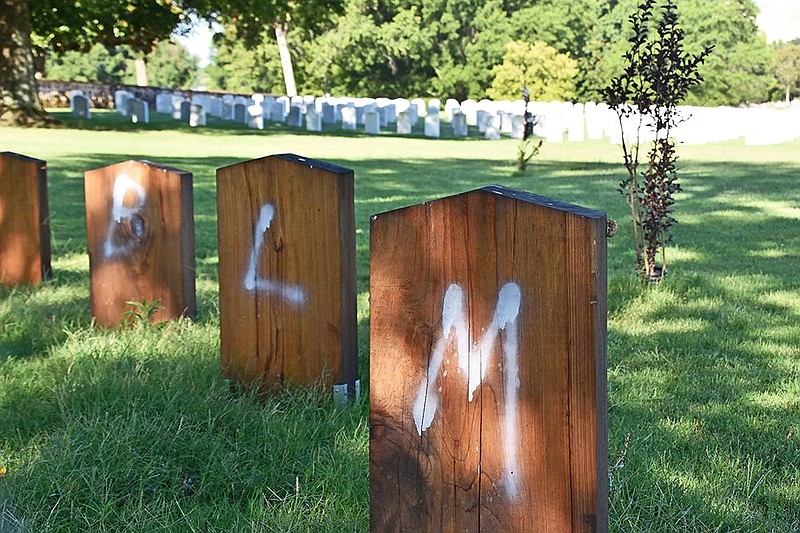 Mujera Benjamin Lungaho, 30, whom federal marshals arrested Monday at his home on Mills Street, is the subject of a federal criminal complaint that remained sealed Thursday at the request of prosecutors who said it identifies co-conspirators who may not know they are under investigation. U.S. Magistrate Judge Tricia Harris agreed to keep the document sealed until an ongoing investigation is complete, but prosecutors said they hope to release a redacted version today.

Criminal complaints are used to hold defendants until a federal grand jury can review the charges and decide whether to issue an indictment.

Limited court records indicate that Lungaho is facing a conspiracy charge and a charge concerning the use of destructive devices.

Defense attorney Michael Kiel Kaiser of Little Rock, who downplayed the accusations against Lungaho as acts of mischief that didn't hurt anyone, asked that Lungaho be released while his charges are pending. But Assistant U.S. Attorney Stacy Williams objected, saying he represents a danger to the community.

In a hearing that began Thursday on whether Lungaho should remain jailed or be allowed to live at home under the supervision of his mother, Harris heard testimony from detective Brandon Smith of the Little Rock Police Department and David Oliver, a special agent and certified fire investigator with the federal Bureau of Alcohol, Tobacco, Firearms and Explosives.

Smith's words went largely unheard by people listening to the proceedings from another courtroom because of technical difficulties with a setup that was designed to comply with coronavirus restrictions. But Smith said he has been investigating several acts of vandalism over the past few months, including the throwing of Molotov cocktails, and that Lungaho is a suspect in at least three incidents.

He discussed the defacing early July 9 of burial sites at Little Rock's Oakland Cemetery, where the words "Black Lives Matter" and profanities were spray-pained on a 22-foot-tall monument and several wooden headstones were damaged. He said Lungaho's face was captured on cameras at the cemetery.

Smith also said Lungaho is suspected of throwing Molotov cocktails over the fence at the Little Rock department's 12th Street substation, where on the morning of Aug. 26, officers discovered glass bottles full of gasoline in which wicks had been lit but that didn't explode. He said cameras captured someone throwing them over a fence, and that the tires of several police vehicles had been slashed as well.

The detective testified that after a Sept. 1 meeting of the Little Rock Board of Directors, Lungaho made threatening remarks concerning Mayor Frank Scott Jr. on a livestreamed Facebook post.

He said Lungaho is also suspected of cutting a fence outside the North Little Rock Police Department's Rose City substation and using a Molotov cocktail to set a police car on fire on the night of Sept. 2. He said the same type of bottle was used in that incident and the bottle-throwing incident at the Little Rock substation.

Smith said text messages and Instagram posts extracted from Lungaho's cellphone revealed conversations he had with co-conspirators, and as a result, Little Rock police are gearing up for more protests and vandalism.

Oliver, the ATF agent, testified that in an Instagram post at 7:38 p.m. Sept. 1, after the city board meeting, Lungaho announced, "I'm doing some recon on spots to hit tonight," asking if anyone wanted to join him.

About 9:30 p.m. on Sept. 2, Lungaho texted, "I'm down for action if there's some folks available," Oliver said. He noted that the North Little Rock police car was firebombed six hours later. The fire was called in at 3:20 a.m., just six minutes after Oliver said Lungaho texted someone, saying, "You up?"

After the recipient of the message responded hours later, asking, "What did you guys do," Lungaho replied, "Tagged the s* out of police-involved buildings," the agent testified. He said someone asked Lungaho if he was responsible for the fire near that person's house, which was about a mile from the North Little Rock substation, and Lungaho replied with a winking emoji.

About 4 a.m., Lungaho was listening through an app on his phone to live dispatches from the North Little Rock police, Oliver noted, citing information obtained after officer searched Lungaho's house and seized his phone and a laptop computer.

Most of Oliver's testimony occurred after Harris merged the speakers and the listeners into one courtroom, citing the technical difficulties and the public's right to hear the proceedings.

The federal agent said a preliminary examination of Lungaho's laptop shows he had viewed instructional YouTube videos called "How to use accelerants with nitroglycerin" and "How to build a concealed wilderness fire," among other things.

Kaiser tried to get Oliver to say that Lungaho, a camper, could have been researching ways to light a fire while camping, but Oliver said he didn't think that was the case.

Lungaho listened to the testimony from the Pulaski County jail.

His mother, Wanda Lungaho, testified that the family used to visit the Oakland Cemetery every weekend, because her parents are buried there because her father was a veteran.

The hearing was cut short because of telephone difficulties with a defense witness who was scheduled to testify through a phone conference. It was set to resume at 11 a.m. today.

Outside the courthouse in downtown Little Rock, a small group of protesters -- some of whom had carried signs outside the building on Tuesday declaring that "MJ" was a "political prisoner -- mingled across the street from at least three groups of camouflage-clad men with guns slung over their shoulders.

One of the armed men, Army veteran Sonny Brassfield of Mountain Home, said they are the Arkansas Patriots and that they were present "to help law enforcement keep things peaceful" and "make sure nothing gets torn up."

Nodding toward the protesters, he said, "They don't understand, but we're here to protect them, too."