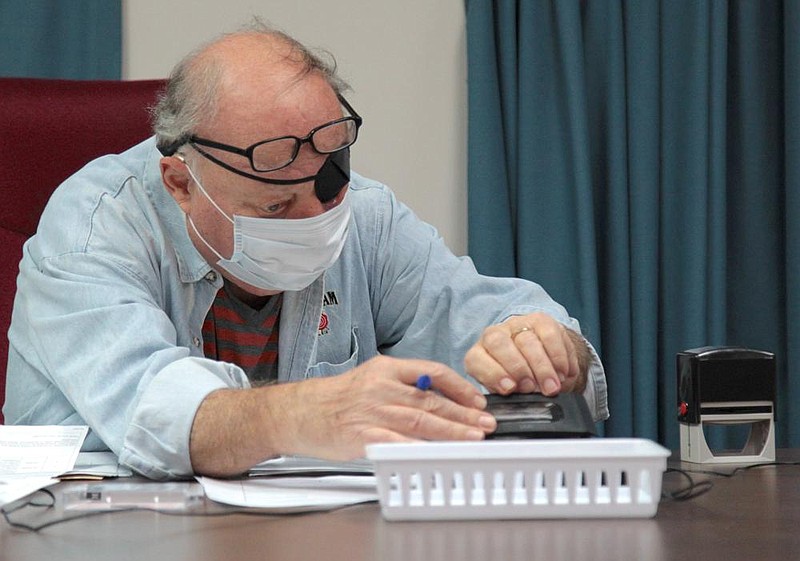 Jefferson County Election Commissioner Stuart “Stu” Soffer prepares to record the commission meeting Thursday night, Sept. 10, 2020. Two Pine Bluff aldermen and a candidate for City Council were on hand at the meeting to raise objections to the closing of the New Town polling site in Ward 4. (Pine Bluff Commercial/Dale Ellis)

A lawsuit has been filed in Jefferson County Circuit Court against the Jefferson County Election Commission, along with Commissioners Mike Adam, Ted Davis and Stu Soffer, alleging that the closure of a Ward 4 polling site at New Town Missionary Baptist Church was done illegally.

The lawsuit was filed Sept. 11 by Ward 4 resident Walter Johnson and by Ward 4 Aldermen Steven Mays and Bruce Lockett.

Adam and Soffer have also been named in an ethics complaint filed by the Democratic Party of Arkansas with the state Board of Election Commissioners regarding a number of poll site consolidations that it contends were done illegally and regarding a number of public comments made by Soffer that it said are abusive or offensive.

One of the allegations in the lawsuit is that Soffer and Adam improperly closed three polling locations in African-American neighborhoods, including New Town. The decision on two of those locations, Old Morning Star Baptist Church in Packingtown and the Pine Bluff Administration Building, were reversed at a meeting Aug. 18 as a compromise with Commissioner Theodis "Ted" Davis. Davis had refused to allow the relocation of the Swan Lake Community Center polling site to the Swan Lake Fire Department, which Adam and Soffer said better met requirements under the Americans with Disabilities Act, until the decision to close polling sites was reconsidered.

It is the consolidation of New Town Missionary Baptist Church with St. Luke United Methodist Church as a polling site in Ward 4 that have Mays and Lockett unhappy, with both claiming that it is an attempt to suppress votes in their ward. St. Luke is 1.6 miles away just off of Dollarway Road.

"We feel like our constituents in this community are being suppressed and not given the right to vote in their own community," Mays said. "We've got people who can walk across the street, ride their bikes to the polling place, and now they have to go out four, five miles to St. Luke's church, and that's not fair to the people in this area."

Adam and Soffer have contended that the reason for closing New Town as a polling site had to do with low voter turnout, as only 49 of more than 300 registered voters in the precincts served by the site cast ballots during the March primary election.

"To suppress the vote, that's my opinion," Mays said. "Here at 50 days, 40 days before the election, it should never happen like that. It should have happened last year in 2019. To do it now, this is a very important election."

Lockett took issue with the reversal of two polling places but not the third.

"One was in Ward 1, one was in Ward 2, but here in Ward 4 they chose not to do the same thing," he said. "Economics is not an issue because they get reimbursed by the state for election costs. It's not a matter of economics. We can spend as much as we need.

"I think the majority on the commission just want to say out of three polling places we'll reopen two, but the third one we just want to be stubborn about."

Lockett said he did not understand the reasoning behind leaving New Town closed while agreeing to reopen the other two sites.

"I don't know the dynamics of why they opened the other two, but my position is if they made a decision to reopen those other two, why not all three? That's where the rubber meets the road because there's no economic impediment to opening New Town. I can see no other justification for not reopening New Town other than they just chose not to."

Mays said the consolidation has confused many voters affected by the change and he has been getting calls from constituents asking why the polling site is being closed. But he said his real fear is what may happen on Election Day when voters who are not aware of the change show up to vote.

"Everybody don't know New Town is closed," he said. "Everybody don't read the newspaper or Facebook or Instagram. You're going to have people confused, and that's what I mean be suppressing the vote. The Republican led Election Commission is trying to confuse the people."

Ward 1 Alderman Joni Alexander, who argued at the Aug. 18 meeting in favor of keeping polling sites open as a measure to help contain the spread of covid-19, said she agrees that New Town should be left open, but she disagreed that closing it was done as a means of suppressing votes.

"I don't think that you can just use [voter suppression] as an argument when their argument is low voter turnout," Alexander said. "If it was one of our higher voter turnout places and they shut that down, I think that would make the argument more legitimate, but I think the people who will be reviewing this complaint are going to review it from the standpoint that their justification was to close it down because of low voter turnout. 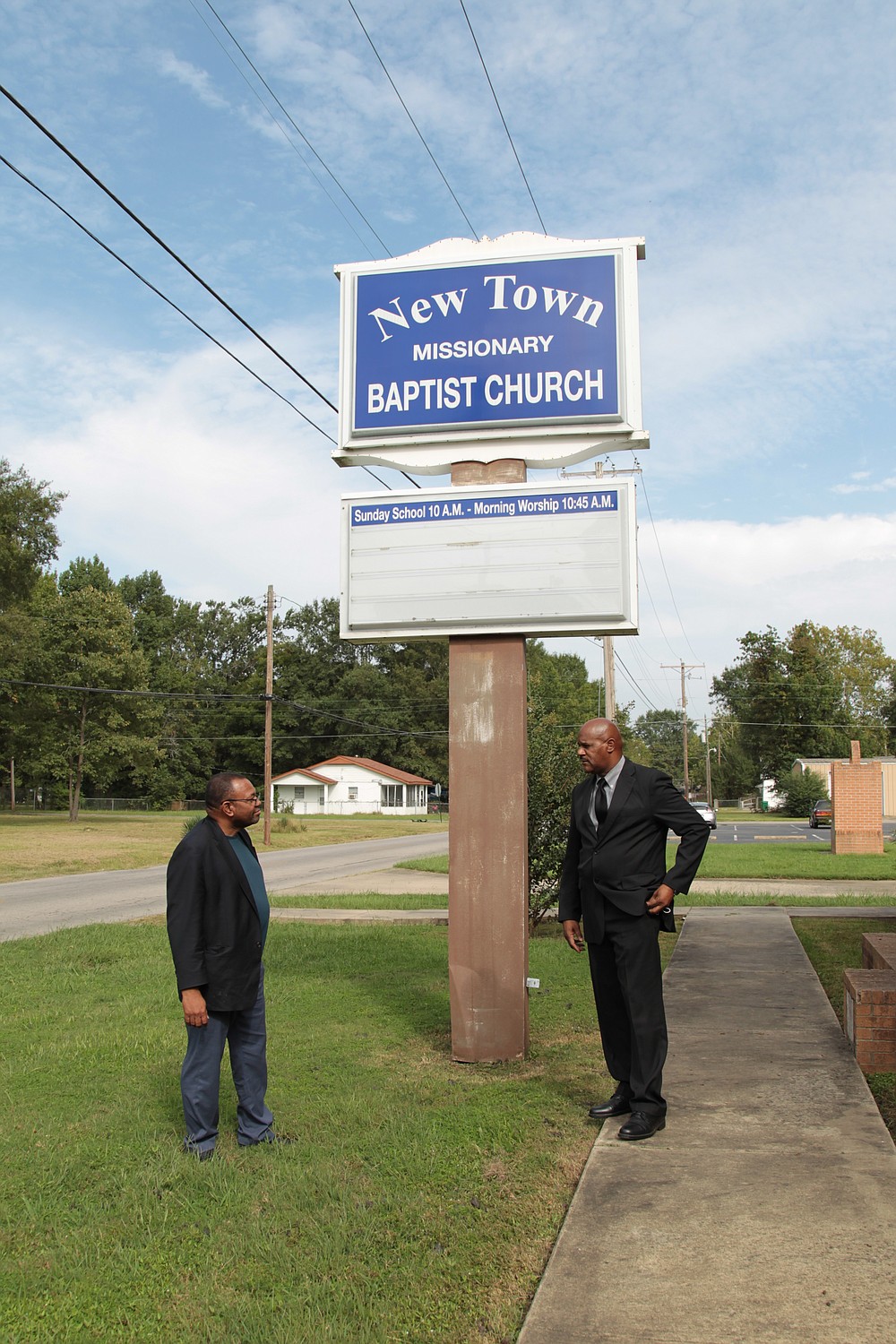