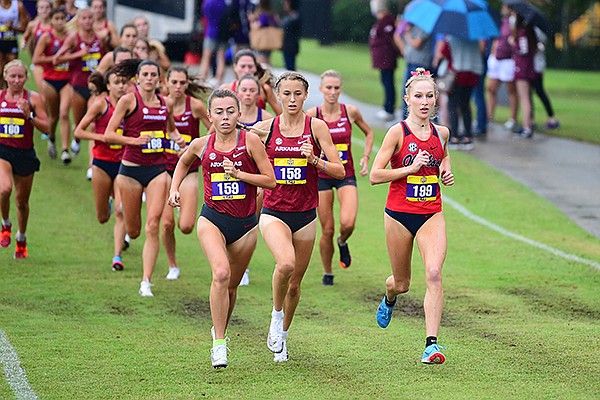 Freshman Taylor Ewert had an impressive debut as a cross country runner for the University of Arkansas.

The men made it a sweep for Arkansas by edging Ole Miss for first place among four SEC teams.

Ole Miss was second with 46 points.

The Razorbacks’ five scorers finished among the top nine.