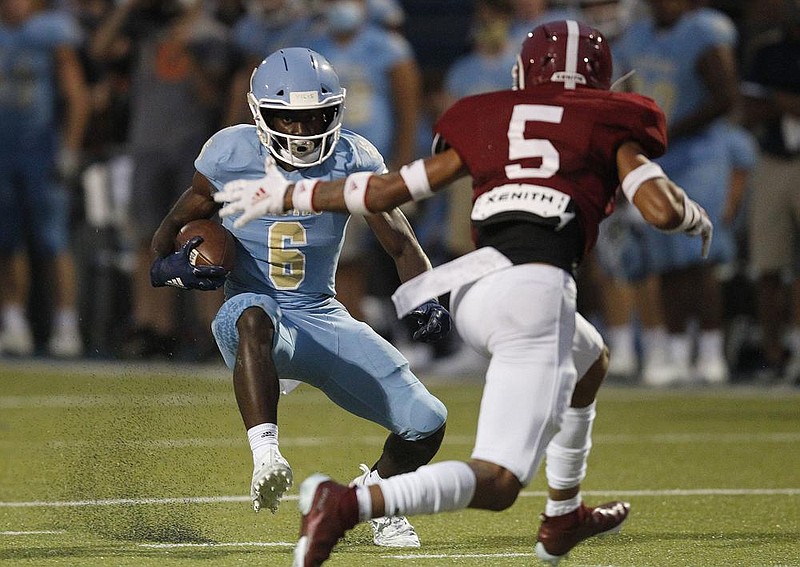 Pulaski Academy overcame five interceptions in the first half and went on to defeat Life Christian Academy of Chester, Va., 31-20 on Friday night at Joe B. Hatcher Stadium in Little Rock.

Bruins Coach Kevin Kelley isn't used to seeing his offense perform like it did in the first half, but he was proud of how his team put their mistakes behind them and earned their third victory of the season.

"But that's a program win. That's a big win in the program's history."

Since 2014 -- when Pulaski Academy started its state championship game run in Class 5A -- the Bruins have defeated teams from Louisiana, Texas, Tennessee, Missouri, Florida, Kentucky and on Friday, Virginia.

"That's a pretty cool deal, because all of the guys that we've had in our history that have worked so hard and built this program, they like that. They say, 'We beat this team from this state,' " Kelley said. "We talk about making Arkansas high school football look good. I hope everybody is proud of us, Bryant, Bentonville and everyone who represents our state well."

Quarterback Charlie Fiser finished with 198 yards and 2 touchdowns, both in the second half, and 3 interceptions.

Running back Joe Himon rushed for 129 yards and a touchdown on 15 carries for the Bruins (3-0).

"Our defense played well, especially being that it was our first game," Life Christian Coach Charles Scott said. "We had guys flying around making plays. But a couple of mistakes here and there, playing against a great coach, it will hurt you."

For Life Christian (0-1), quarterback NaQuari Rogers accounted for 154 yards, including 75 passing yards and a touchdown pass.

Despite the turnovers, the Bruins held a 14-8 halftime lead.

On a fourth-down play midway through the third quarter, the Bruins showed why they're considered one of the state's top offenses.

Fiser's 67-yard touchdown pass to wide receiver Cooper White on fourth and 13 with 5:24 left in the third quarter and his two-point conversion pass to Dylan Allison made it 22-8 Bruins.

The Bruins added to their lead with a 1-yard touchdown pass from Fiser to Allison for a 28-14 advantage with 2:25 remaining in the third quarter.

Vaughn Seelicke made a 33-yard field goal to extend Pulaski Academy's lead to 31-14 with 9:48 remaining.

Life Christian pulled within 31-20 with 5:28 remaining thanks to Dreshaun Taylor's 2-yard touchdown run.

But the Bruins were able to seal the victory with Himon's 3-yard run on fourth and 2 from the Pulaski Academy 46 with 1:15 left to play.

The Bruins took an 8-0 lead with 3:44 left in the first quarter on Nolen Bruffett's 2-yard pass to wide receiver Jalyn Witcher. Allison ran in the two-point conversion.

Life Christian tied the game at 8-8 with 10:28 left in the second quarter as Bruffett was intercepted by linebacker Reid Pullman, who returned it 44 yards for the score. Rogers' two-point conversion pass to Akim Sledge evened the score.

Himon ran 65 yards down the right sideline for a touchdown and Pulaski Academy regained the lead at 14-8 with 1:48 left before halftime.

Fiser threw his third interception of the first half, this one by free safety Antonio Cotman, with 16 seconds remaining before halftime. 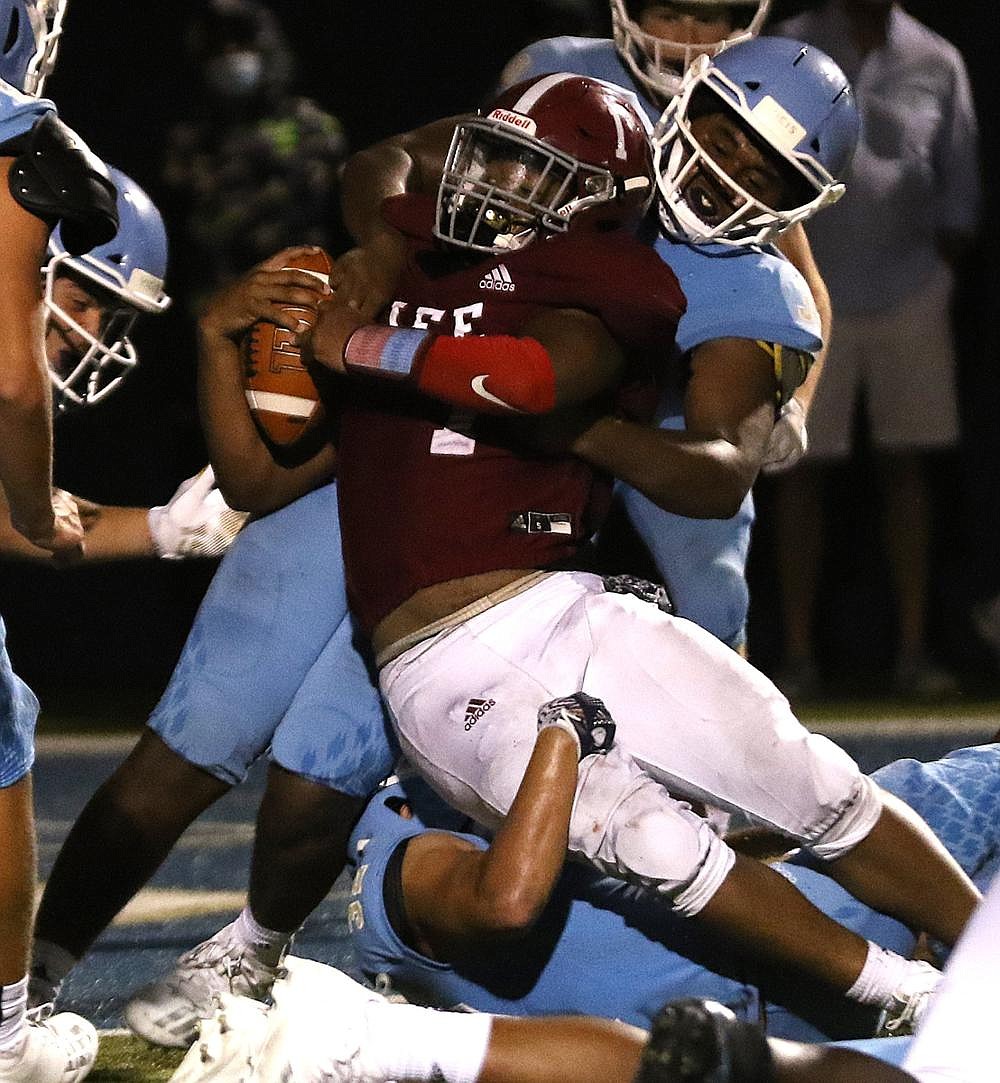