Greenwood leans on defense in 23-12 win 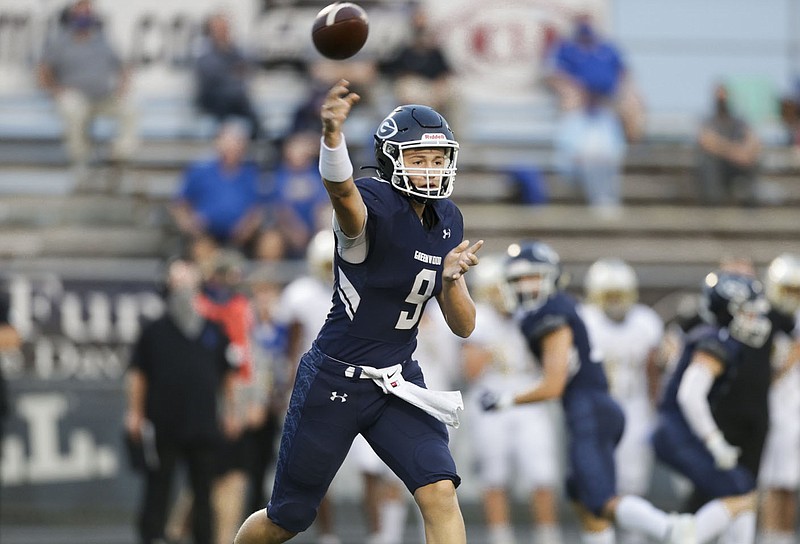 GREENWOOD -- In car-racing terms, Greenwood was leaking a little oil and its tires were running on low tread, but the only thing that mattered was the Bulldogs finished in the winner's circle.

Greenwood leaned on its defense and put together just enough offensively to hold off Choctaw, Okla., 23-12 on Friday night in Smith-Robinson Stadium to remain unbeaten.

The Bulldogs (3-0) were without several starters and lost leading rusher Hunter Wilkinson to injury. Sophomore quarterback Hunter Houston, who started in place of normal starter L.D. Richmond, was also knocked out of the game with an injury.

"It was really tough," Greenwood Coach Chris Young said. "Hunter started the game and made some really good plays. I'm really proud of him in his first start -- a sophomore in an environment like that. He had to come out late, and Joe Trusty comes in and on the first play throws a big deep ball. I'm just really proud of them."

While the Bulldogs struggled some offensively with new faces and 16 penalties, the Greenwood defense was superb. Other than one big play in the third quarter by Choctaw quarterback Steele Wasel that resulted in a 77-yard draw that went for a touchdown, the Bulldogs kept the Yellowjackets' offense under wraps.

The Bulldogs turned a Colt Owenby interception into the only first-half points. Owenby stepped in front of a Wasel pass at the Choctaw 45, and Greenwood capitalized with a five-play drive, capped by Houston's 15-yard scoring strike to Caden Brown with 2:35 left in the first quarter.

Choctaw (1-2), which played three Northwest Arkansas teams in nonconference, had chances to score in the first half, but the Greenwood defense stonewalled the Yellowjackets repeatedly. Choctaw move inside the Greenwood 5-yard line early in the second quarter, but on fourth and 1 from the 3, Greenwood's Jordan Hanna slammed Wasel to the turf.

"We were pretty proud of that," Hanna said. "We pride ourselves on fourth-down plays. Last week that was kind of our swagger, so we were pretty excited about it. We made a lot of mistakes, but we'll come out harder this week and try and fix those."

Greenwood opened the third quarter with its best drive of the game. Houston hit Luke Brewer on a 28-yard pass to the Choctaw 12, and added 5 more yards on a keeper. But on third down, Houston was intercepted by Choctaw's Chris Parker, who was tackled at the 1.

On the next play, the Greenwood defense swarmed Yellowjackets running back Daymon Jackson in the end zone for a safety, which swung the momentum back to the Bulldogs.

"That was huge," Young said. "We didn't make a great play there, but luckily the kid fell out of the end zone to the 1, and we had a pretty good feeling. Our defense gets somebody down on the 1, there's a pretty good chance they're going to get a safety. It was a huge play. It took a little bit of pressure off of us and allowed us to relax and play a little bit."

The Bulldogs used the momentum to go 49 yards in just two plays to tack on a touchdown. Houston hit Carter twice, the first a 27-yarder over the middle, then capped the drive with a 22-yard dart down the right sideline for the score with 8:40 left in the third quarter and a 16-0 lead.

Choctaw closed the gap on its next possession. La'Trel Ray, who rushed for 95 yards, ripped off several nice gains, and Wasel hit Jax Burchett on a sideline route. Burchett wrestled the ball away from the Greenwood defender, then sprinted 56 yards for the score.

Greenwood added another score, this one a 12-yard pass from Houston to Carter, to extend its lead to 23-6. Choctaw answered on Wasel's 77-yard run on a designed quarterback draw.

• Zoie Mathews was crowned the football homecoming queen in a ceremony prior to the game.

• Greenwood will host Little Rock Parkview next week in the 6A-West opener. Choctaw will travel to Tulsa Booker T. Washington. 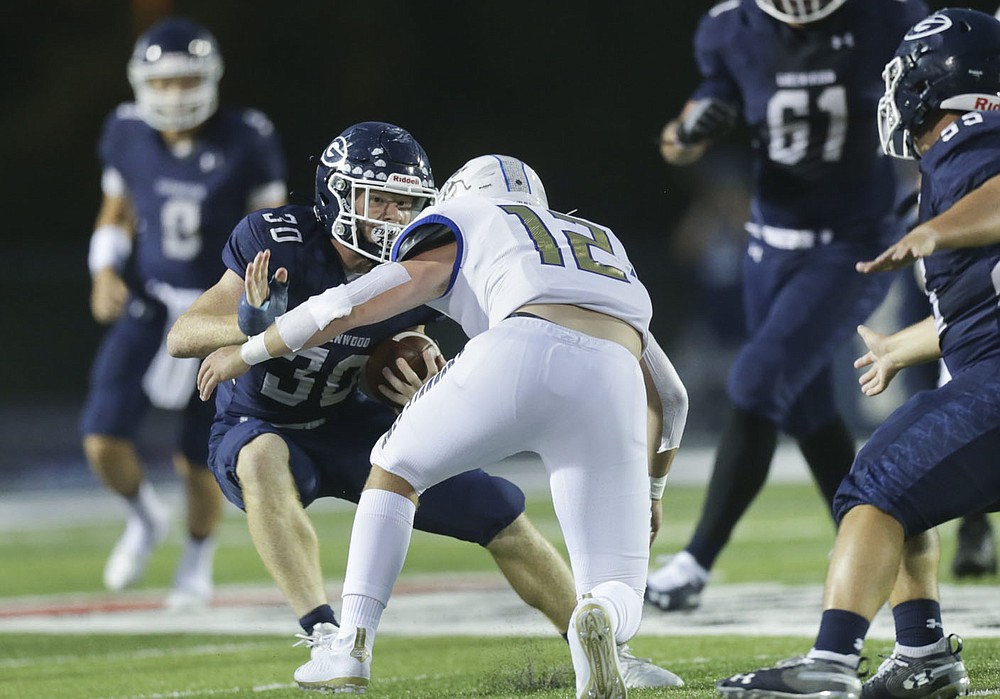 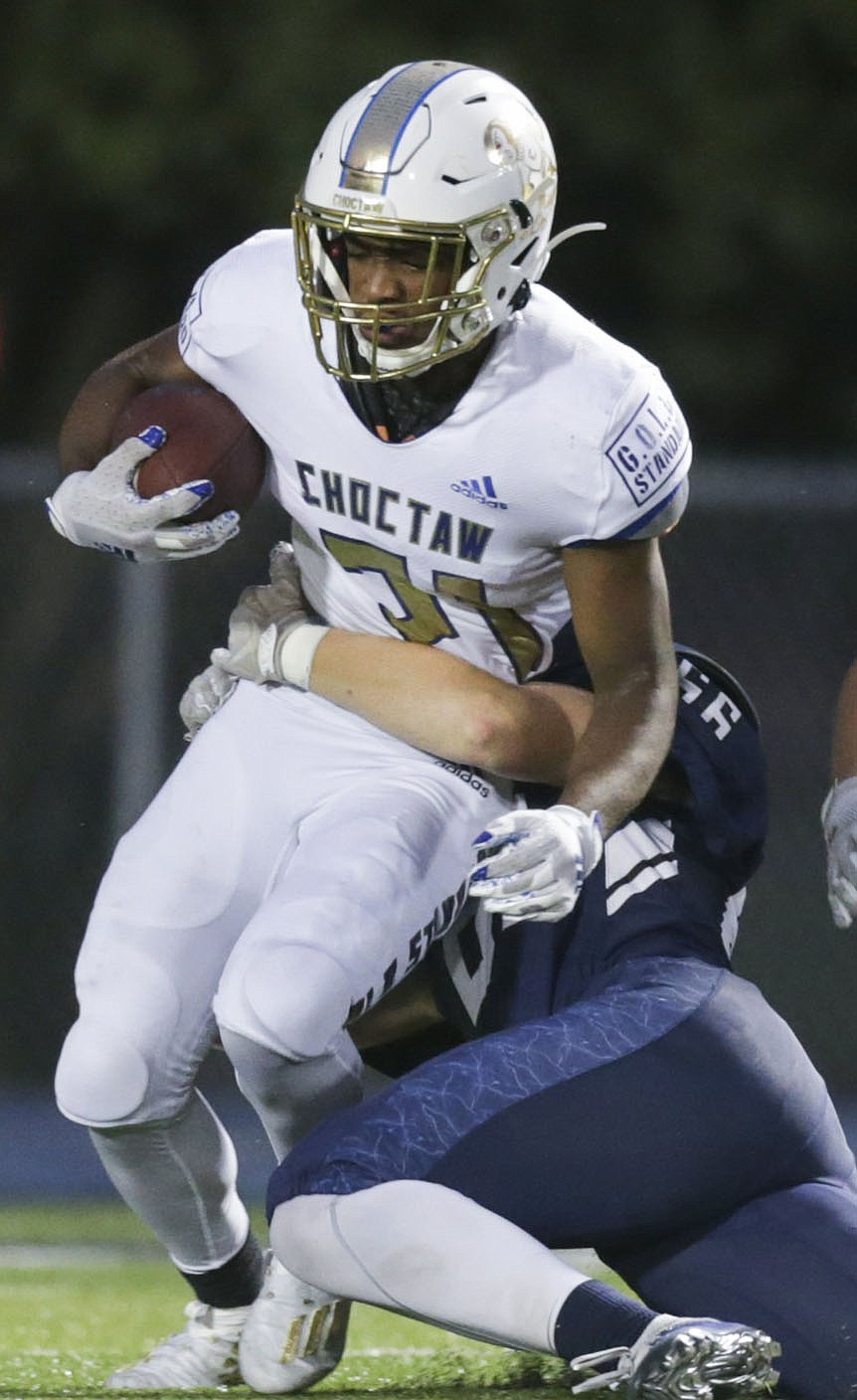