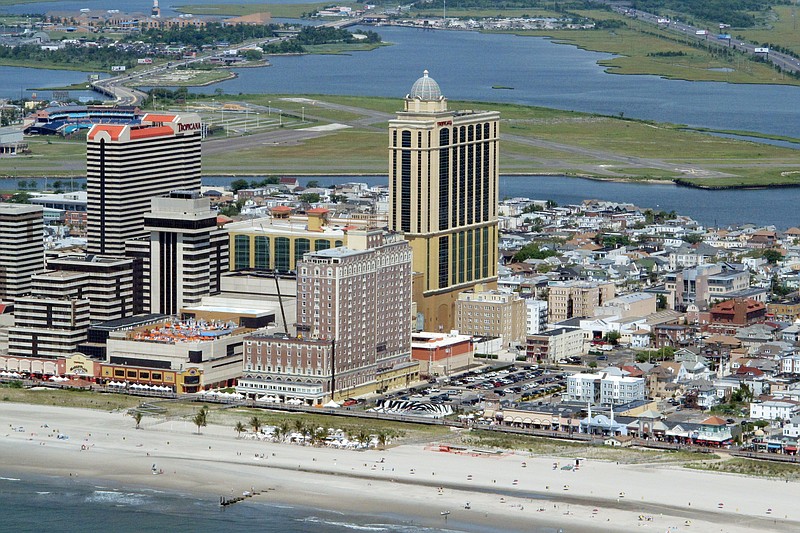 ATLANTIC CITY, N.J. -- Four of Atlantic City's nine casinos will be run by women, following the recent appointment of a veteran female executive to run the Tropicana.

The appointment shows the changing face of casino leadership in a market, like many others around the country, that has long been led by white men.

"I started my gaming career in Atlantic City and I'm thrilled to return and join one of the top destinations in the market," Grace said in a statement. "This is an exciting time for our company, and I'm looking forward to working with the team to further position Tropicana for continued growth and success."

In addition to Grace and Johnson, the other women at the helm in Atlantic City are Terry Glebocki, CEO of Ocean Casino Resort, and Karie Hall, senior vice president and general manager of Bally's.

Grace has more than 20 years' experience in the industry, most recently as vice president and assistant general manager at Caesars Entertainment's Horseshoe Baltimore property.

In that role, she helped oversee several expansion projects including the launch of multiple celebrity chef outlets, an extensive renovation of The Marketplace casual dining area, and the opening of The Terrace, a $15 million outdoor gambling and entertainment venue.

Before joining the gambling industry, she spent nine years on Wall Street and held management roles in both technology and diversity and inclusion.

She has a master's degree in business administration from the University of Virginia Darden School and a bachelor's in electrical engineering from Stony Brook University.

So far this year, Tropicana ranks fourth out of the city's nine casinos in terms of overall gambling revenue, with $138 million. That figure is down more than 42% from the first eight months of last year, but this year the coronavirus pandemic forced Atlantic City's casinos to shut down from mid-March until early July.