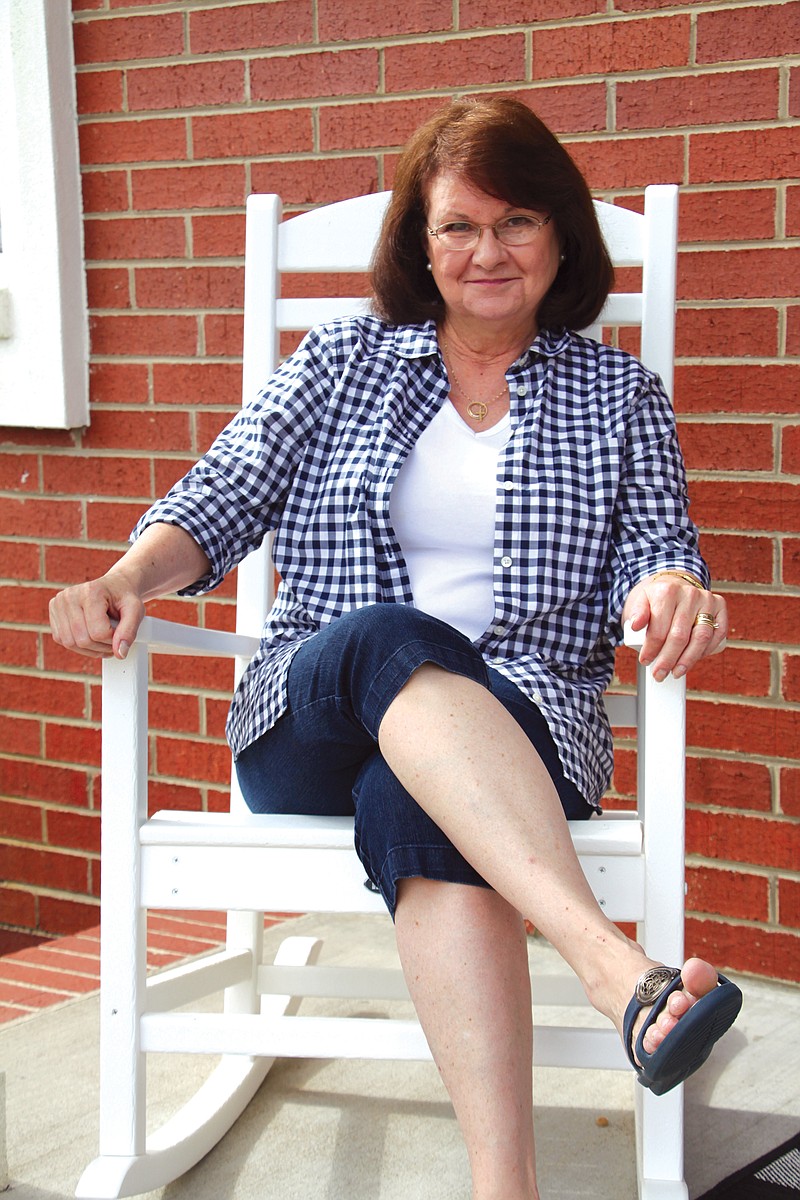 Cheri Pierson Yecke is the new president for the Searcy Lions Club. She has been a member of the club for 12 years after moving to Searcy in 2008. She served as president previously in 2015 and replaces former president Reed Simmons. ( Sam Pierce)

SEARCY — The Searcy Lions Club has not met in-person in 27 weeks as a result of the COVID-19 pandemic. Instead, the club has switched to a monthly virtual meeting through Zoom and weekly emails, processes that present their own sets of challenges.

“It has been challenging,” said Cheri Pierson Yecke, newly elected club president. “We have found that email is better, but for those who still want face-to-face contact, we are continuing with the Zoom meetings once a month.

“But for some of our older members, their computers are not equipped to handle something like Zoom because they don’t have cameras on them.”

New officers for the club were sworn in June 1 via email. Yecke said there is not a plan in place to resume meetings in-person because most of the members are older than 65, and “we want to do what is best for them, as well as continue to serve our community.”

“Fortunately, we have enough of a reserve to continue to cover eye care and eyeglasses, in spite of us not being able to raise funds,” she said.

The Searcy Lions Club usually provides about 10 pairs of eyeglasses a month, and in the past, applicants could sign up at Simmons Bank, but because of COVID-19, Yecke said, the club has shifted to paper applications at the United Way of White County. Once completed, applications can be mailed to Searcy Lions Club, P.O. Box 784, Searcy, AR 72143. She said applicants can also contact the club through its Facebook page or by emailing searcylionsclub@gmail.com.

Yecke has been with the Searcy Lions Club for 12 years, and this is her second time as president, having served in 2015. She replaces former president Reid Simmons.

“I was not in the running [for president],” Yecke said, “but because we knew things were going to have to be online because of the pandemic, we thought it was best that the next people in line for the presidency needed to feel comfortable with technology to keep everyone informed and keep the club working at its highest level.”

“She is just an all-around great person,” Simmons said. “She is very professional and very intelligent. She is a go-getter. If something needs to be done, she is going to be the one doing it — nothing but good things to say about her.”

Simmons said the past seven months have been a challenging time, and civic clubs are no exception. He said Yecke has been able to keep the Searcy Lions Club going, and hopefully, “we will get together again soon and start doing our service projects and help the vision-impaired here in our area.”

Yecke, who is now retired, moved to Searcy in 2008 to be a professor at Harding University. She joined the club because she wanted to be a part of the community and get to know the area.

“I also wanted to assist people who needed some kind of help,” Yecke said. “I liked the idea of the Lions Club because they had a very specific mission, which is providing eye care.

“We are dedicated to serving people with eye conditions.”

Yecke was a political science professor at Harding and was the assistant provost for Graduate Studies. She is also the author of two books: “The War Against Excellence: The Rising Tide of Mediocrity in America’s Middle Schools” and “Mayhem in the Middle.”

“I loved school, and I love education,” Yecke said. “I love being a teacher, and even now, I miss being in the classroom.

“With COVID-19 and all the things related to it, I feel bad for all the teachers. It is such a challenge, and I have so much respect for those currently in the teaching profession.”

Yecke has been married to Dennis Yecke, a retired major with the United States Marine Corps, for 47 years. They have two children, Anastasia, and Tiffany, who graduated from Harding.

Devore, who has been a member of the Searcy Lions Club since 1992 and was the first woman invited to join, also called Cheri Yecke “a go-getter.”

“Cheri does a great job in everything she does,” Devore said. “She just takes it on and takes it on all the way.”

Devore, 80, is a diabetic and has a serious leg injury that has kept her from leaving her house. She said Yecke has called to check on her weekly, as well as dropping off supplies.

“I joined because I was looking for a civic club to get involved with, and I had a good friend who was in there, and I liked what they were doing,” Devore said.

The Searcy Lions Club has had to cancel two of its three major fundraising events so far this year, including its omelet supper in the spring and an auction in the fall, which is hosted online and through television and radio. Yecke said the supper usually brings in about $3,000, and the auction, which is the biggest fundraiser for the club, usually nets about $10,000.

The annual golf tournament has been tentatively scheduled for Oct. 16 at the River Oaks Golf Course in Searcy. The tournament usually brings in about $4,000, but because it’s the only fundraiser for 2020, Yecke is hopeful that the tournament will have a better turnout this year.

Simmons said Mickey Gentry, with the Modern Woodmen of America in Searcy, sponsors the event.

“We will have to wait and see what the governor says about social distancing, but hopefully, [the tournament will be] successful enough for us to continue our mission,” Yecke said.