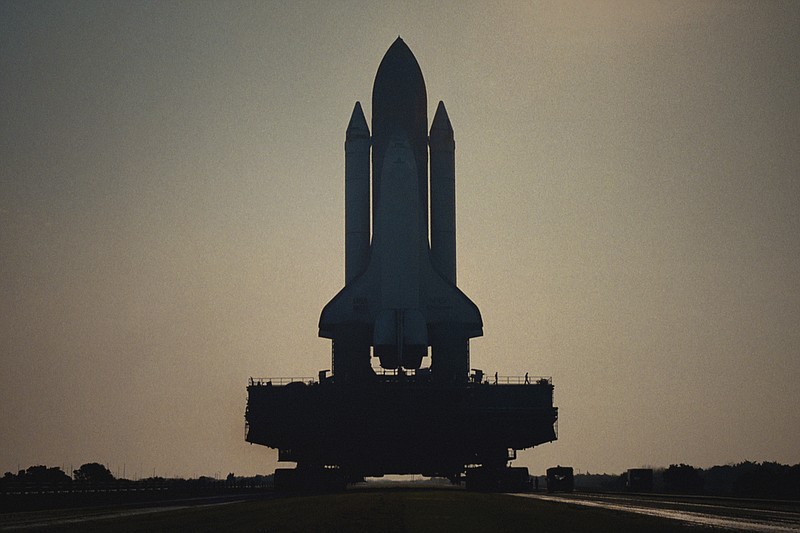 This image released by Netflix shows Challenger 7 on the launchpad in a scene from "Challenger: The Final Flight." The four-part series about the 1986 Challenger space shuttle disaster premieres Wednesday. (NASA/Netflix via AP)

That was the day the space shuttle Challenger exploded over a chilly Florida, just seconds after liftoff. Schoolchildren across the country had tuned in to see Christa McAuliffe become the first teacher in space.

One person watching was Steven Leckart, a space-obsessed elementary school kid. Like everyone else, he was shocked by the blast and felt the slow, sickening realization that all seven aboard were gone.

Leckart has returned to that dark day as co-director of the four-part Netflix documentary series "Challenger: The Final Flight," executive produced by J.J. Abrams and Glen Zipper.

The series approaches the disaster more like a drama. It explores NASA history and the lives of the seven lost astronauts, why the accident occurred and the inquest that followed.

Zipper and Leckart conceived of it in 2015 while looking to make something personal. Both had seen the disaster as boys but could only remember the name of one astronaut aboard Challenger: McAuliffe. Who were the other six?

"We wanted to humanize these astronauts and wanted you to know these characters and understand the human side of this whole story," co-director Daniel Junge said. 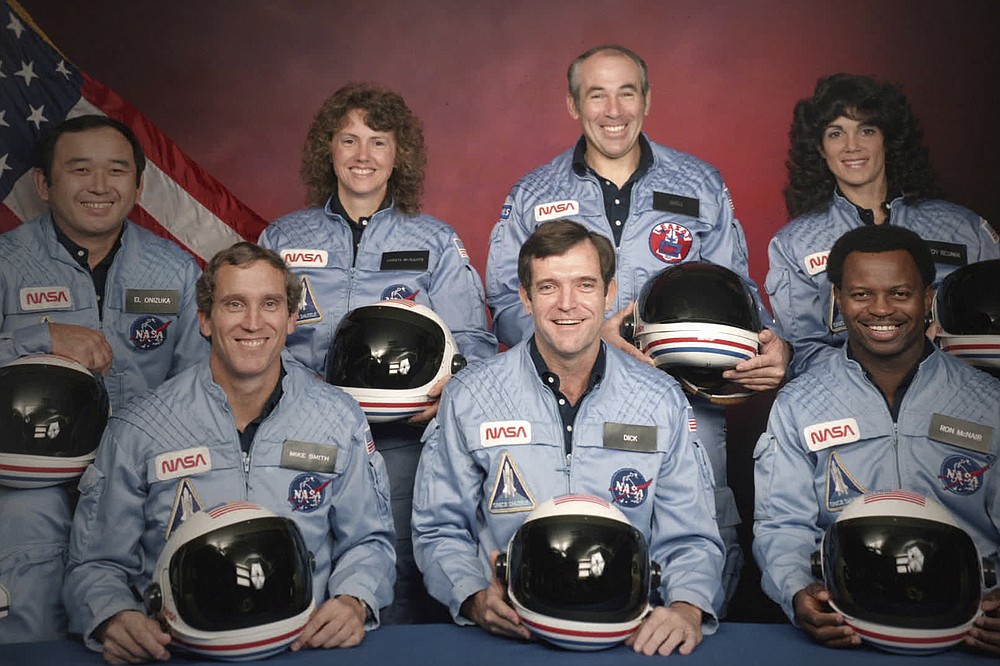 Watching the series was a "roller coaster ride of emotion" for June Scobee Rodgers, the widow of Challenger commander Dick Scobee and who helped establish the Challenger Center for Space Science Education.

"There is sadness and a reminder of that tremendous private grief that was made so public," Scobee Rodgers said. But there is also home movies of her late husband having fun with family and friends. "There are wonderful snippets of joy."

She credited the filmmakers for telling a story "no one else has ever been able to do. There's been many, many stories, but they give it the serious respect that it deserves by telling the whole story."

Months after the disaster, the cause was revealed: O-ring seals failed, causing leaks in the right booster rocket. An investigation found some workers had warned NASA about the danger of launching Challenger because the O-rings grew brittle in cold weather. But NASA was under pressure to keep to its ambitious flight schedule and the risk was deemed acceptable.

"When we started this series, I did kind of expect to find that mustache-twirling villain, that one person that everything could be laid at their feet. And I don't think we did find that person," Zipper said.

"There is no one who said 'This thing is definitely going to disintegrate. But let's launch it anyway.' They all were loyal to their missions to a fault."

Scobee Rodgers said the series shows how people can rationalize away problems, but despite her immense loss, she has no anger toward the Challenger decision-makers.

"I have such empathy for the gentlemen that made the difficult decisions because they were under pressure for that schedule, placed on NASA unfairly, I do believe," she said. 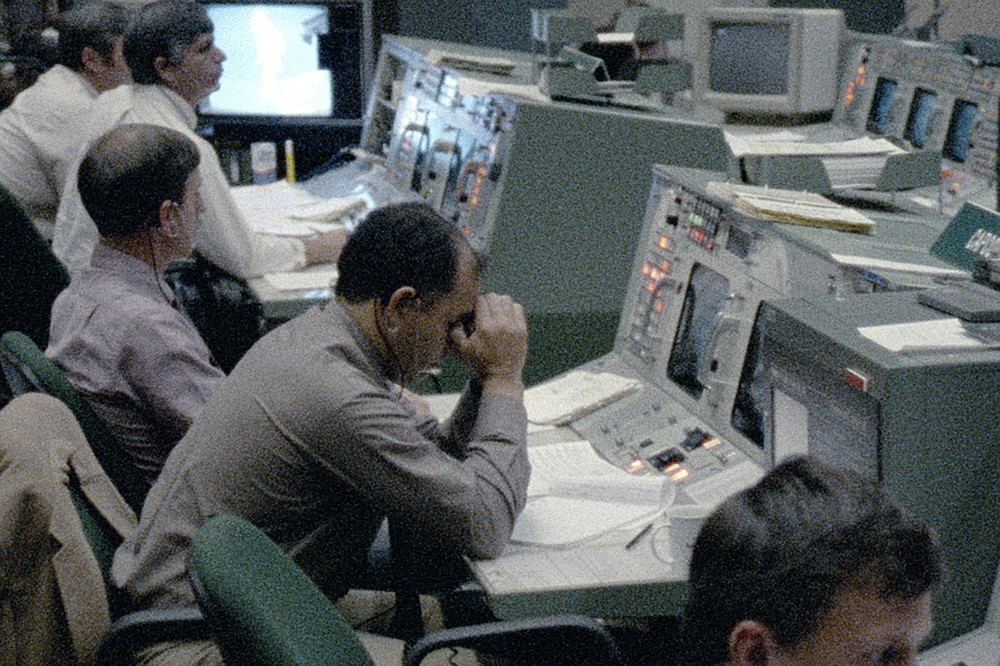 This image released by Netflix shows a scene from "Challenger: The Final Flight." The four-part series about the 1986 Challenger space shuttle disaster premieres Wednesday. (NASA/Netflix via AP)

Leckart likened the way the Challenger disaster unfolded to another man-made disaster in 1986 — the Chernobyl meltdown. "These are not necessarily nefarious people with anything but the best of intentions. But that can quickly go awry."

The series airs just as space exploration has returned to America's consciousness. In May, Elon Musk's SpaceX launched astronauts into orbit from home soil for the first time in nearly a decade. Jeff Bezos' Blue Origin and Richard Branson's Virgin Galactic also plan trips to space.

"We are going to be going [farther] in space, and we're going to be taking more risk. So the time is right to remind people of what can go wrong," Zipper said.

The series has lessons for any complex organization, especially how red flags are handled, the necessity to slow the process down when necessary and the need to have both transparency and clear decision-making. 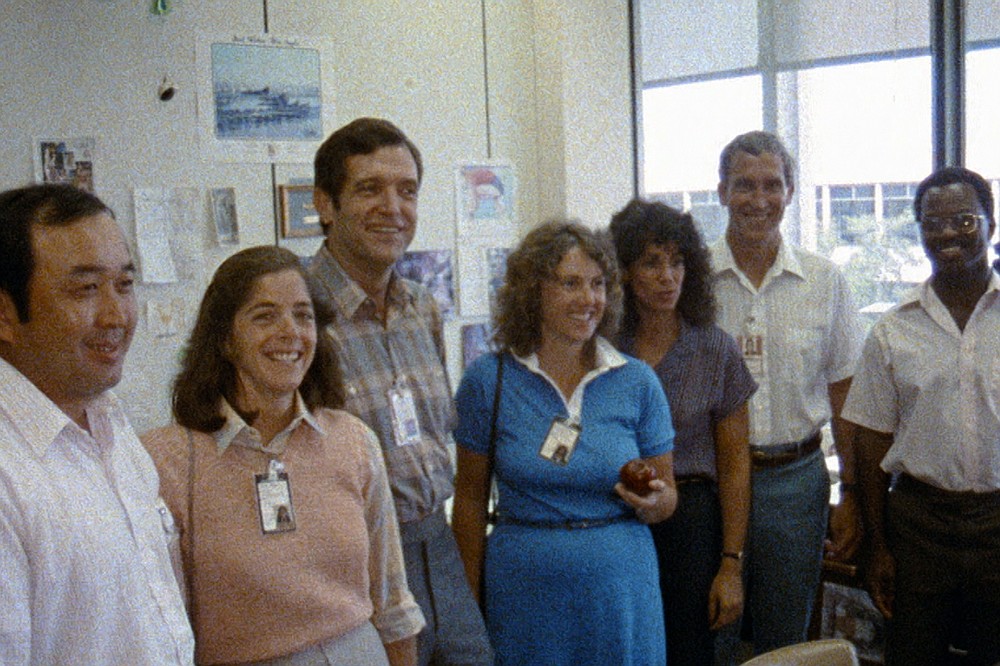 Making "Challenger" made watching the SpaceX launch earlier this year a dicey proposition for Leckart. He was with his children to witness two NASA astronauts blast off to the International Space Station

"I remember having a moment of thinking, like, 'Do I want my children to be watching this live?' And I'm not sure I would have thought about that quite the same had I not made 'Challenger,'" he said. "When they did get to orbit safely, I had breathed a huge sigh of relief."