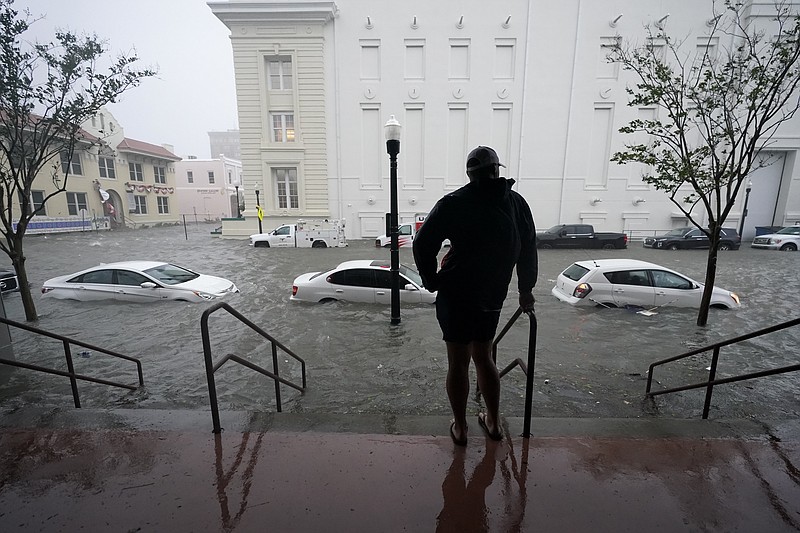 FILE - Floodwaters move on the street, Wednesday, Sept. 16, 2020, in Pensacola, Fla. The Census Bureau is contending with several natural disasters as wildfires and hurricanes disrupt the final weeks of the nation’s once-a-decade headcount. (AP Photo/Gerald Herbert)

ORLANDO, Fla. -- Already burdened by the coronavirus pandemic and a tightened deadline, the Census Bureau must now contend with several natural disasters as wildfires and hurricanes disrupt the final weeks of the nation's once-a-decade head count.

The fires on the West Coast forced tens of thousands of people to flee their homes in California and Oregon before they could be counted, and tens of thousands of others were uncounted in Louisiana communities hit hard last month by Hurricane Laura. Nearly a quarter-million more households were uncounted in areas affected this month by Hurricane Sally.

The disasters add to the already laborious task of counting every U.S. resident and increase the risk that the effort will miss people in some parts of the country.

"I can't project if Mother Nature is going to let us finish, but we are going to do the best we can," said Al Fontenot, associate director of the Census Bureau, who has repeatedly said the bureau is on target to complete the count at the end of the month.

The disasters make it challenging or impossible for census takers to visit households that have not yet answered questionnaires. And time is running out, with the census scheduled to end Sept. 30.

In major cities in California and Oregon, smoke from nearby wildfires poses a health threat for census takers as they knock on doors.

"It's really smoky, and no one wants to open their doors because of the hazardous air. I gave up yesterday and do not plan to go out today unless it improves," said a San Francisco census taker, who spoke on condition of anonymity out of fear she could lose her job.

Officials in San Jose, Calif., are encouraging residents to respond to census questions online or by phone or mail.

"Frankly, it's not safe to be outside for more than a little bit," San Jose Mayor Sam Liccardo said. "So, yes, it will affect us. We are going to hustle every other way we possibly can."

If there is an undercount, states affected by the disasters could be shortchanged when some $1.5 trillion in federal spending is distributed annually to pay for roads, schools, health care and other programs. Since the census also determines how many congressional seats each state gets, states such as California that are on the verge of losing a seat because of declining population could see their political power diluted.

Rep. Jimmy Gomez, a Democrat from Los Angeles, said the recent disasters are another reason the deadline for ending the 2020 census should be extended by a month.

Because of the pandemic, the Census Bureau pushed back the deadline for finishing the count from the end of July to the end of October. Then the agency announced last month that the deadline would be changed to the end of September after the Republican-controlled Senate failed to pass the bureau's request for more time.

Some Democrats and activists believe the expedited schedule is politically motivated. A coalition of cities and civil-rights groups are suing in federal court in San Jose, seeking an extra month.

"We know the shorter the time frame is, the more risk there is to an accurate count, and the more problems can arise," Gomez said. "This is not usually the time of the year that the Census Bureau is doing the counting."

The San Jose lawsuit contends that the sped-up timetable will cause Hispanics, Asian Americans and immigrants to be overlooked. Government attorneys say the bureau will not have enough time to process the data to meet an end-of-the-year deadline if the count does not finish in September.

"If you had a longer period, you would expect some people to return home, and you could concentrate on those geographies," said Thomas Saenz, president and general counsel of the Mexican American Legal Defense and Educational Fund, which is seeking extra time in another lawsuit in Maryland.

Census-takers headed to evacuation centers to complete the count, and residents will be counted according to where they were on April 1, said Guillermo Gonzalez, a congressional liaison for the Census Bureau.

In areas where there is extreme danger, such as parts of Oregon, census field offices had to close offices for several days and home visits were suspended. In some places where census takers cannot go out, they are trying to reach households by phone, according to bureau officials.

Fontenot said in court papers in the Maryland case that the natural disasters and other disruptions pose "significant risks" to finishing the count in all states by the deadline.

The disasters worry the federal judge in the San Jose lawsuit, who is considering whether to extend the count by a month. During a recent hearing, Judge Lucy Koh said some workers at her courthouse had been evacuated and their neighborhoods were destroyed.

"Here we've been told not to go outside for 28 days because of unsafe air. How are you doing six visits to households when people can't go outside?" Koh asked government attorneys. "How are we going to count in this reality for us?" 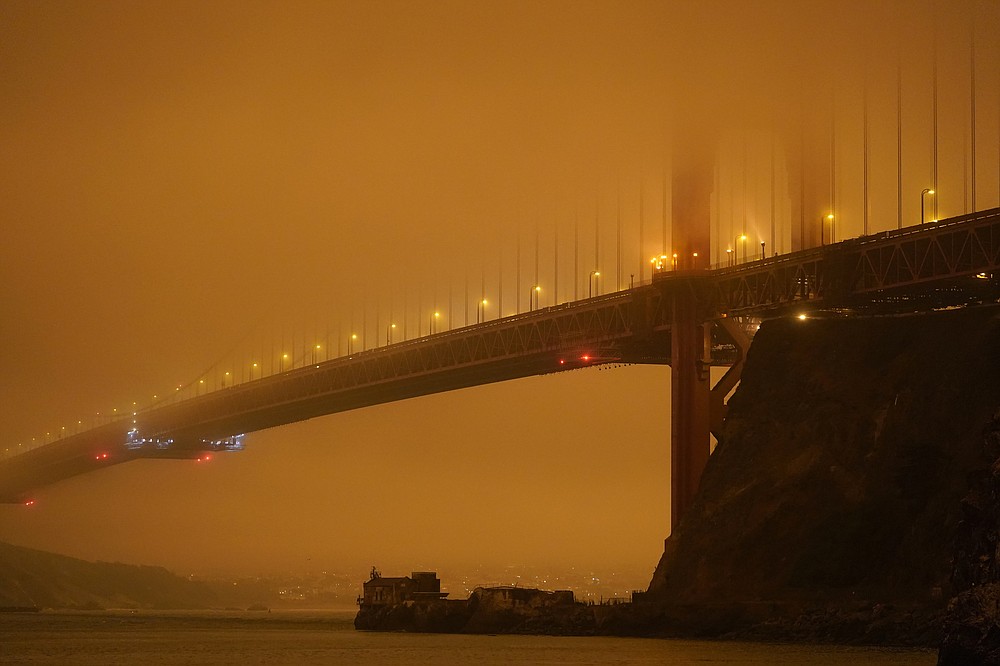 FILE - The Golden Gate Bridge is barely visible through smoke from wildfires Wednesday morning, Sept. 9, 2020, in this view from Fort Baker near Sausalito, Calif. The Census Bureau is contending with several natural disasters as wildfires and hurricanes disrupt the final weeks of the nation’s once-a-decade headcount. (AP Photo/Eric Risberg, File) 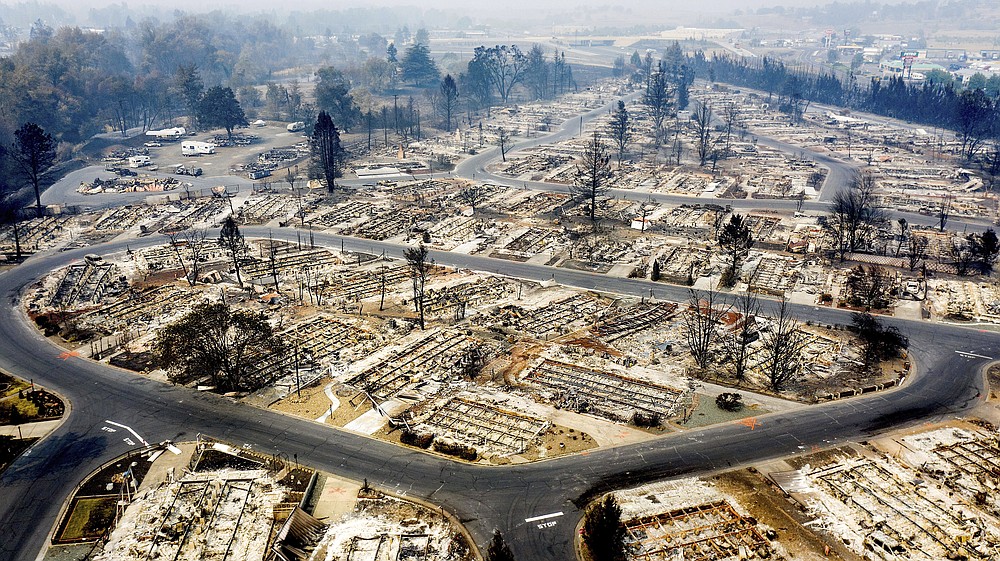 FILE - In this photo taken by a drone, homes leveled by the Almeda Fire line the Bear Lake Estates in Phoenix, Ore., Tuesday, Sept. 15, 2020. The Census Bureau is contending with several natural disasters as wildfires and hurricanes disrupt the final weeks of the nation’s once-a-decade headcount. (AP Photo/Noah Berger) 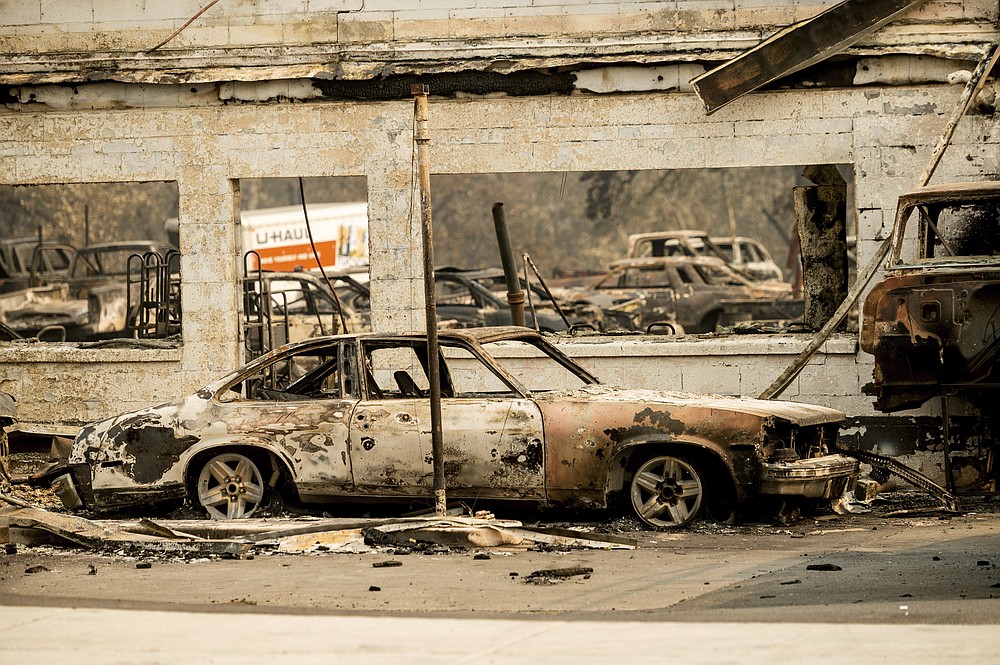 FILE - Scorched vehicles rest at an auto shop destroyed by the Almeda Fire in Talent, Ore., on Wednesday, Sept. 16, 2020. The Census Bureau is contending with several natural disasters as wildfires and hurricanes disrupt the final weeks of the nation’s once-a-decade headcount. (AP Photo/Noah Berger, File)
ADVERTISEMENT