Marshall ranked for first time since 2014 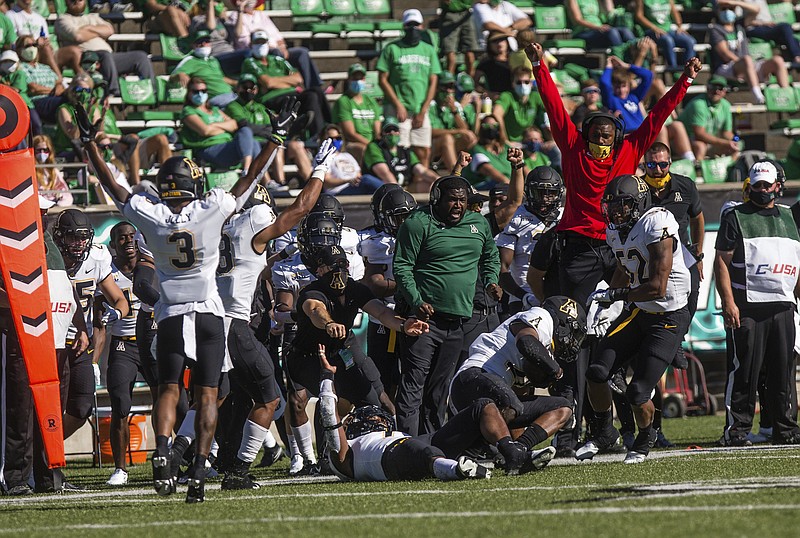 A week before Big Ten teams become eligible again for The Associated Press college football poll, No. 25 Marshall is ranked for the first time since 2014 and Miami jumped to No. 12 after a conference road victory.

Clemson remained a nearly unanimous No. 1 in the AP Top 25 on Sunday after another light week in college football. The Tigers received 59 of 61 first-place votes from a panel of sports writers and broadcasters. The rest of the top 10 was basically unchanged. No. 2 Alabama received one first-place vote. Oklahoma was No. 3, followed by Georgia, Florida and LSU at No. 6. The defending champion Tigers also received a first-place vote.

Notre Dame is seventh. Auburn and Texas are now tied for eighth and Texas A&M is No. 10.

A season disrupted by the coronavirus pandemic cranks up next week. The SEC, which has eight teams ranked, kicks off. The ACC and Big 12 have full slates of games. At least for now.

The Big Ten set a fall schedule Saturday, but it won't kick off until the weekend of Oct. 24. Voters will still be allowed to include Big Ten teams on their ballots starting next week. There were seven Big Ten teams ranked in the preseason Top 25, including Ohio State at No. 2.

Depending on how voters approach it, that could crowd out some teams currently ranked.

The decreased field because of four Bowl Subdivision conferences initially deciding to delay play until the winter has been a boon in the early rankings for teams from the ACC and Group of Five conferences -- like Marshall from Conference USA.

The Thundering Herd beat Appalachian State on Saturday to improve to 2-0 and grab a spot in the Top 25. App State was the only team to drop out of the Top 25, after being No. 23.

Marshall was last ranked in the final poll of the 2014 season. The Herd went 13-1 that season, reaching as high as No. 18 in the rankings, and won the Conference USA championship behind quarterback Rakeem Cato and running back Devon Johnson.

Miami moved up five spots after beating ACC rival Louisville on the road. The Cardinals hung on to a ranking, slipping six spots to No. 24.

No. 21 Pitt also jumped four spots with a convincing ACC victory against Syracuse.

No. 15 Oklahoma State dropped four spots after a sluggish performance in a victory against Tulsa. The Cowboys played much of the game without injured quarterback Spencer Sanders.

No. 23 Kentucky at No. 8 Auburn. The opening week of SEC football doesn't have a lot of really juicy matchups, but this cross-division game could be a tone-setter.

No. 24 Louisville at No. 21 Pitt. The Panthers can establish themselves as a team worthy of sticking around the Top 25 even when the other conferences become eligible.

No. 22 Army at No. 14 Cincinnati. The Black Knights have ripped through two opponents, but the Bearcats will provide a far more significant challenge. 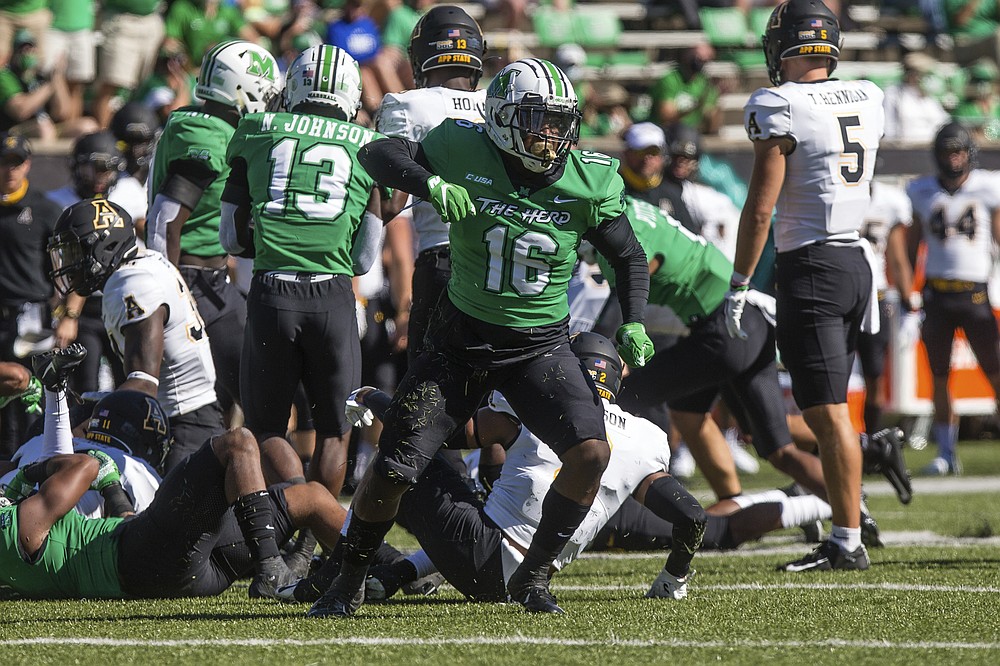