GAME ON: Protect allies and find killers in whodunit game ‘Among Us’ 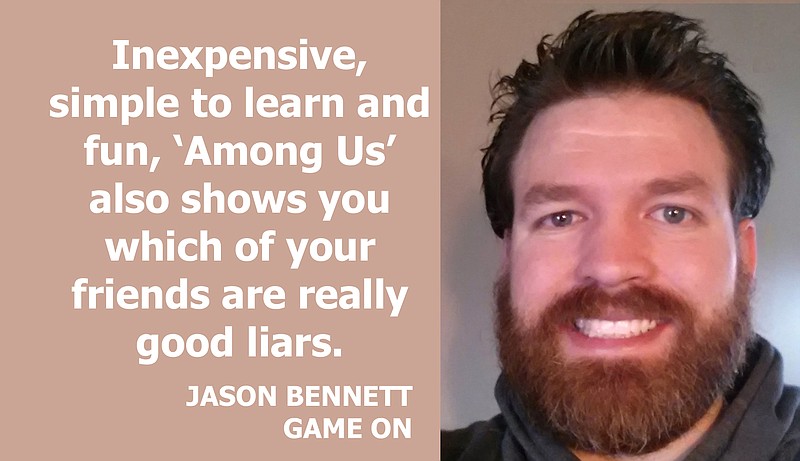 Flying under the radar since 2018, the social-deduction party game "Among Us" has suddenly seen a surge of interest from video game streamers.

In the months after its release, "Among Us" never had more than 50 simultaneous players.

Thanks to a dedicated developer team pushing out updates, the game started to see serious traction recently, and in the past month, its peak concurrent users topped 1.5 million.

If you've ever played party games such as Werewolf or Mafia (or sometimes called Vampire) with friends, then you have the gist of what "Among Us" is about.

The game features a group of four to 10 players in a space-theme setting.

Each game, one to three players are "Impostors" and the rest are "Crewmates." It's the Impostors' job to stealthily kill Crewmates, and the Crewmates' job to identify and eliminate the Imposters hiding among them. Each game consists of a series of rounds that lasts until one side is victorious.

All players look mostly the same: a crudely drawn, masked, chunky astronaut suit that differs only in color and name from the rest of the crew. It's impossible to identify the Imposters visually.

Crewmates are given a series of maintenance tasks to complete each round, such as restoring lighting systems that have gone offline, refueling engines and repairing electrical systems. The Crewmates win if they complete all their tasks without being killed, or if they identify the Impostors through a series of votes held each round.

The difficulty in identifying the Impostors lies in the fact that completing the required tasks often involves going to various parts of the base or spaceship alone. Each task requires the completion of a short, simple minigame. That minigame, however, covers up most of the screen and is a perfect time for an Impostor to strike. Whenever an Imposter has struck, and a dead body is discovered, a team meeting is held.

The meetings take place either over text only or voice chat only.

Players discuss who the likely culprits are, which other members of the crew were nearby that they can vouch for, and they interrogate one another about their tasks and where they were when the murder took place.

Needless to say, for Imposters, successfully lying to your friends is an important skill.

Players can then vote, and if a majority is reached, the chosen player is ejected from the map and killed, at which point players are notified whether that was actually an Impostor or an innocent Crewmate. The game isn't over for expired crew members, however.

After death, players exist as ghosts, and while they can no longer communicate with the living, they can chat with the other ghosts. Crewmate ghosts can continue to help their teammates by completing tasks and keeping the lights on.

As with the party game "Fall Guys," the rise in popularity of "Among Us" might have something to do with the covid-19 lockdowns that have kept people cooped up at home who still seek connections with other people. The game itself is fairly simple. Most of its appeal comes from interactions with other players, or from watching other people play.

Plus, it'll show you which of your friends are really, really good liars.

"Among Us" is just $5 on PC and free on mobile devices, so if this sort of game is appealing, there's no reason not to grab it. Because of its sudden, immense popularity (and because of the strain on its online servers), a sequel to "Among Us" is in development.