READ TO ME: There’s more to ‘Invisible Alphabet’ than meets the eye 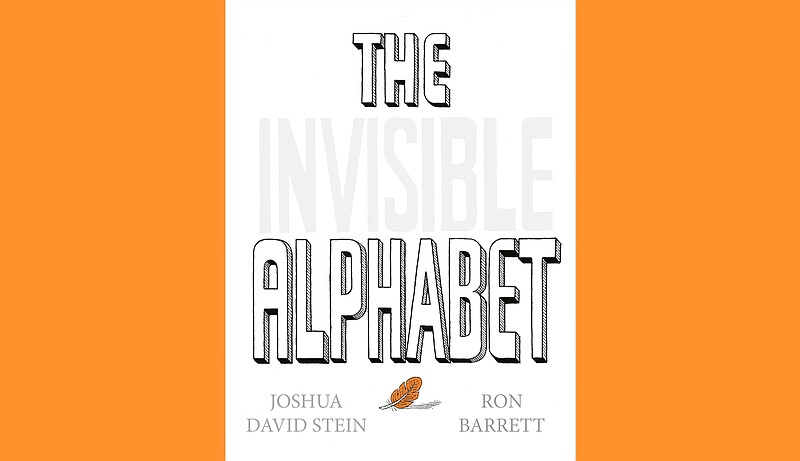 STORY: This clever ABC book is more about the interaction between reader and child than most abecedaries. While each page mentions something that begins with one of the 26 letters, that something is not drawn directly. Instead, the illustration shows a situation related to the something.

Adding sophistication to wit, Ron Barrett's black-and-white line drawings are highlighted here and there with spot color, in tones of orange. In contrast to his artwork in the book "Cloudy With a Chance of Meatballs," Barrett doesn't fill full pages with busy backgrounds; the images are shaded and have form, but are spare, surrounded and also filled with white space.

A is for air. We can't see air. The illustration shows curtains blowing at an open window.

B is for bare, and we see a bare boy from behind about to pile an absurd number of water toys into a steaming bathtub.

Clear enough, right? Well, C is for clear, and now we're inside a fish tank. The clues range farther afield from there.

D is for delayed: People are waiting at a bus stop. This bus stop reappears to illustrate other letters, including Z. I'll let you just wonder how a bus stop might illustrate the letter Z.

These illustrations encourage speculation. When we reach K, which is for "Knocked it out," we see that a girl has just hit a homerun over the baseball field fence. There's more detail to notice and talk about in the scene, and will you or won't you mention the other K-sound that's not on the page? The one that lets girls named Catherine spell their nickname "Kat"?

"N is for nothing," and this page is blank except for those words.

U is for "unseen," but we see a kayak with two paddlers on a pond. They aren't looking behind them, where concentric ripples suggest something we can't see has just breached the surface and submerged again. Next up is V for "vanished." The kayak is gone, replaced by a second set of concentric ripples.

My favorite of the illustrations is Y — for "yesterday." Children are bound to notice the orange Band-Aids on the elbows and knees of the little boy who grins at them from the bottom step of a staircase. Why does he have them? He must have gotten into a scrape the day before.

This ABC book won't put Mom or Dad to sleep.

Read to Me is a Weekly review of short books.