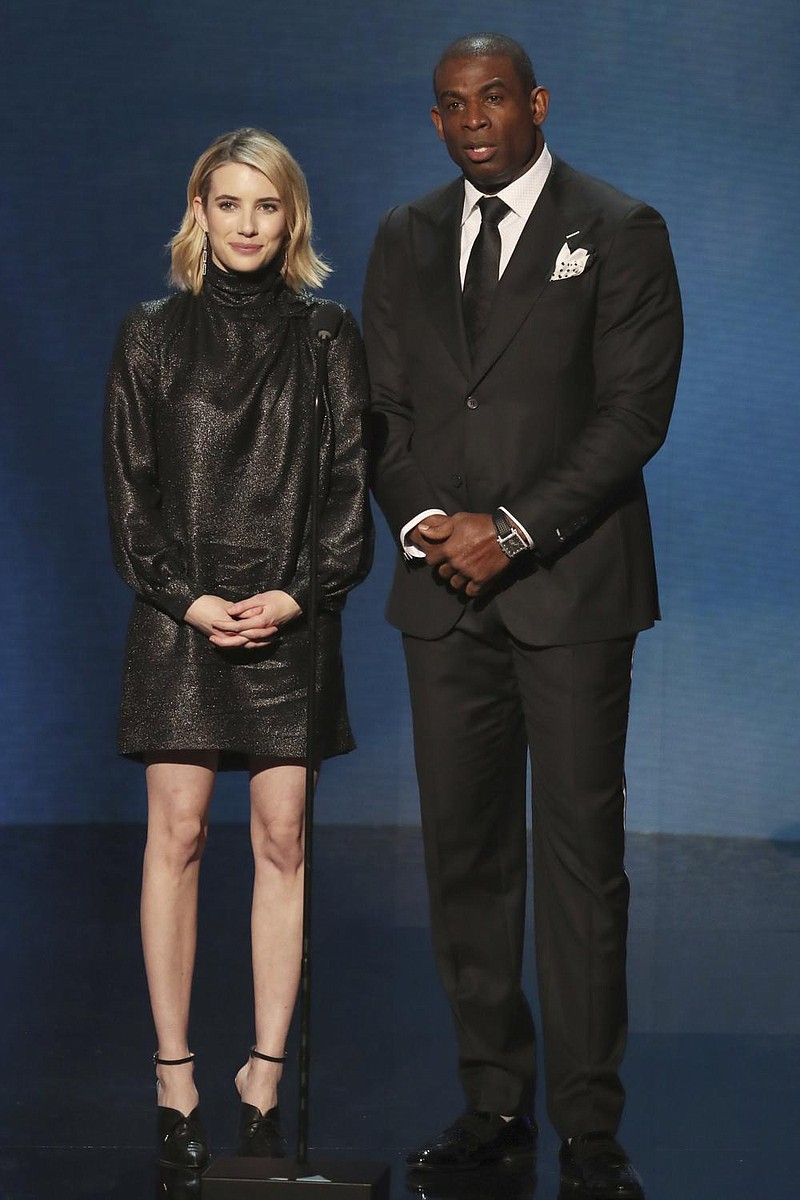 In this photo provided by the NFL, Emma Roberts, left, and former NFL player Deion Sanders present the award for The Associated Press 2017 NFL Coach of the Year at the 7th Annual NFL Honors at the Cyrus Northrop Memorial Auditorium on Saturday, Feb. 3, 2018, in Minneapolis. (Photo by Michael Zorn/Invision for NFL/AP Images)

JACKSON, Miss. -- Deion Sanders wiped away tears of joy and passion before speaking.

Jackson State's new football coach then stated "I believe" many times about what he envisions happening on and off the field.

"I have a commitment to excellence in each and every thing I do," the Hall of Fame cornerback said during his introduction as the Tigers' 21st head coach, a number also significant because of his jersey number and Monday's date.

Sanders' introduction followed his announcement Sunday night on the first episode of the "21st & Prime" podcast with Jamie Dukes on Barstool Sports. The player known as "Prime Time" added: "Isn't this the time? Isn't this the moment? Isn't this what's needed? It's a match made in heaven."

Currently the offensive coordinator at Trinity Christian School in Cedar Hill, Texas, Sanders is taking his first head coaching job. Trinity Christian is coming off a 44-40 loss Friday at Bryant, the No. 1 team in the Arkansas Democrat-Gazette's rankings.

"I've been offered pro jobs," Sanders added, "so people know I could be an assistant in any college."

The Southwestern Athletic Conference school introduced Sanders with the trademark pomp of a historically Black university. Its marching band led a police-escorted motorcade into an arena with a boisterous yet socially distanced audience. "Coach Prime" later opened a blue blazer lined with the Jackson State logo to much applause.

Sanders replaces John Hendrick, whose contract was not renewed this summer after going 6-9 and 5-5 in SWAC play. Sanders will begin coaching this spring after the SWAC postponed fall sports because of the covid-19 pandemic. The Tigers plan to begin an eight-game schedule in February. 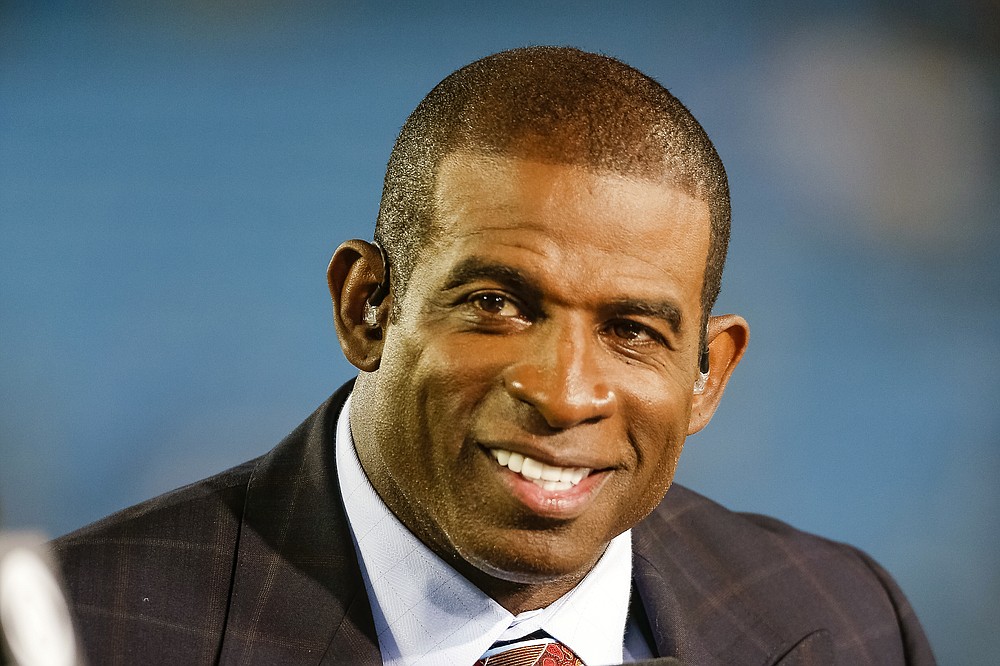