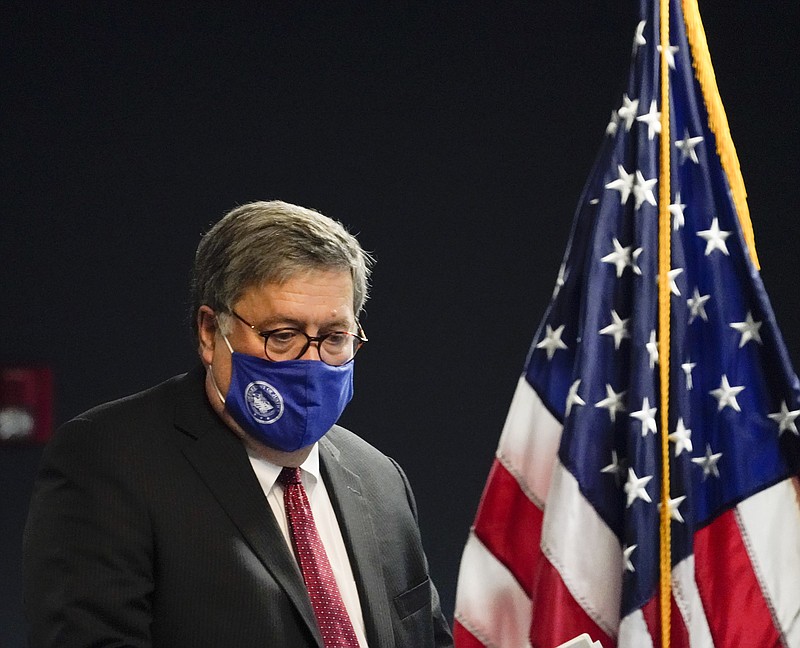 WASHINGTON -- The Justice Department identified New York City, Portland, Ore., and Seattle as three cities that could have federal funding slashed under a memorandum by President Donald Trump that sought to identify localities that permit "anarchy, violence and destruction in American cities."

The designation, which could open the door for the federal government to cut off some funding to the cities, drew immediate criticism from local elected officials. It comes as Trump throughout the summer has cast American cities run by Democratic mayors as under siege by violence and lawlessness, despite the fact that most of the demonstrations against racial injustice have been largely peaceful.

An attempt to cut off federal funding to the cities would probably be met with immediate legal challenges, and several federal judges ruled in favor of municipalities over similar attempts to withhold funding tied to immigration policies.

The Justice Department said the three cities were designated because they meet four main criteria, including "whether a jurisdiction forbids the police force from intervening to restore order amid widespread or sustained violence or destruction" and whether the city "disempowers or defunds police departments."

In Seattle, officials pointed to the "occupied" protest zone, also known as the Capitol Hill Occupied Protest zone, which emerged during nationwide protests over the police killing of George Floyd in Minneapolis, though Seattle police officers wearing helmets and wielding batons and rifles cleared the area by force on July 1.

In Portland, they pointed to 100 consecutive nights of protests "marred by vandalism, chaos, and even killing," and in New York City, the Justice Department pointed to a skyrocketing number of shootings throughout the five boroughs.

It is not the first time the Justice Department has attempted to take action against city officials for violent demonstrations.

The department also explored whether it could pursue either criminal or civil rights charges against city officials in Portland after clashes broke out there night after night between law enforcement and demonstrators. For weeks, hundreds of demonstrators gathered outside the federal courthouse in Portland, some throwing bricks, rocks and other projectiles at officers, leading officers to fire volleys of tear gas and pepper balls at the crowd.

"When state and local leaders impede their own law enforcement officers and agencies from doing their jobs, it endangers innocent citizens who deserve to be protected, including those who are trying to peacefully assemble and protest," Attorney General William Barr said in a statement. "We cannot allow federal tax dollars to be wasted when the safety of the citizenry hangs in the balance."

Barr said he hoped the designation would persuade the cities to "reverse course and become serious about performing the basic function of government and start protecting their own citizens."

"This is just another one of President Trump's games," de Blasio said.

"The President is playing cheap political games with Congressionally directed funds. Our cities are bringing communities together; our cities are pushing forward after fighting back a pandemic and facing the worst financial crisis since the Great Depression, all despite recklessness and partisanship from the White House," they said.

In a separate statement, Durkan said the threats to defund the cities "are a gross misuse of federal power and blatantly unlawful."

"Trump, the Department of Justice, and Barr's obsession with Seattle and me is irrational and most importantly, a huge distraction," she said.

​​​​​Information for this article was contributed by Karen Matthews and Eugene Johnson of The Associated Press. 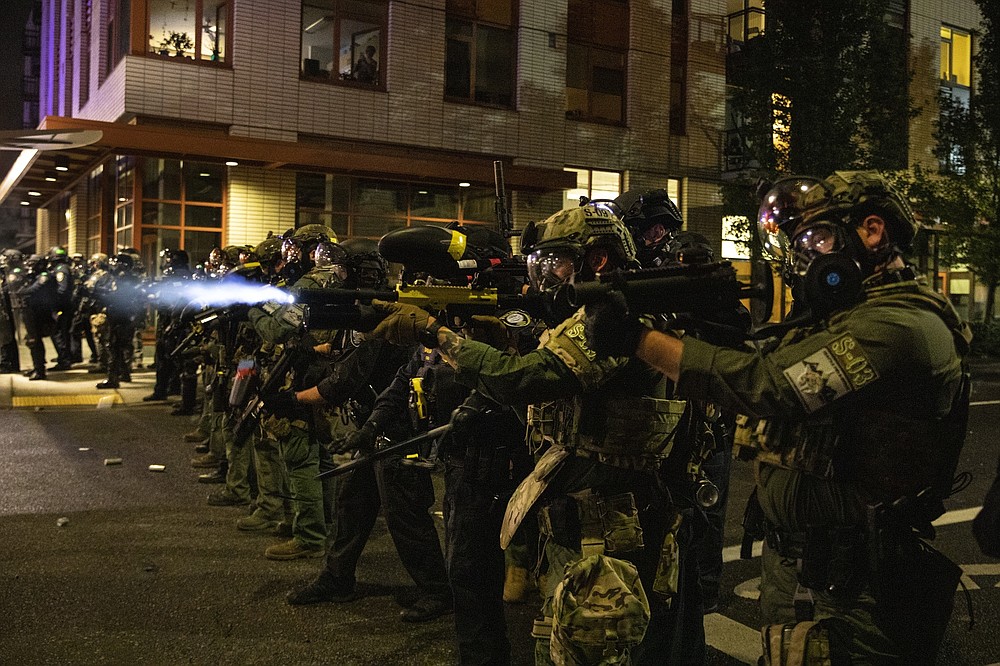 FILE - In this Friday, Sept. 18, 2020, file photo, Federal police try to take control of the streets during protests in Portland, Ore. The protests, which began over the killing of George Floyd, often result frequent clashes between protesters and law enforcement. Vandalism but no arrests occurred during a demonstration in downtown Portland involving about 200 people Saturday, Sept. 19, 2020. Frequently violent protests have racked the city for more than three months since the police killing of George Floyd in Minneapolis. Protesters want city officials to slash the police budget and reallocate money to Black residents and businesses. Some demonstrators also demand the resignation of the city's mayor. (AP Photo/Paula Bronstein, File)
ADVERTISEMENT