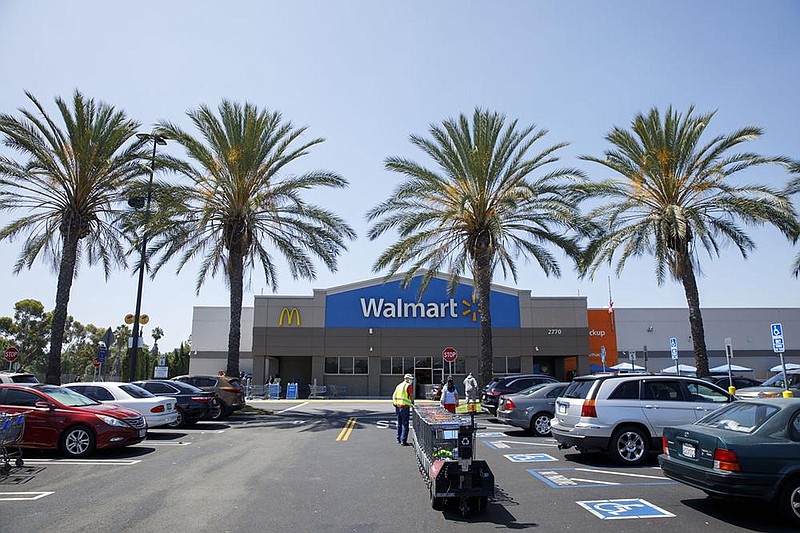 The Bentonville-based retailer said in a news release that it aims to have no carbon emissions across its global operations by 2040. It also has committed to helping protect, manage and restore at least 50 million acres and a million square miles of ocean by 2030.

The Walmart Foundation, the company's charitable arm, will help with the land and ocean initiative, Walmart said.

Doug McMillon, Walmart's president and chief executive officer, also announced the goals at the opening ceremonies Monday of Climate Week NYC, which this year is being held virtually.

Today, Walmart will host its annual Sustainability Milestone Summit as part of Climate Week activities. The company said it will call on its employees, suppliers, nongovernmental organizations and other stakeholders in the retail and consumer goods industries.

McMillon said in a column published Sunday on Climate Week NYC's website that the new targets go beyond the sustainability commitments Walmart established in 2005 after Hurricane Katrina hit the Gulf Coast.

"We saw firsthand how climate change could impact communities," McMillon said. "We realized then that our scale and unique strengths could make a positive and meaningful difference for communities."

McMillon said Walmart now seeks to become a "regenerative" company, which he defined as "restoring, renewing and replenishing in addition to conserving."

"It means decarbonizing operations and eliminating waste along the product chain," McMillon said. "It means encouraging the adoption of regenerative practices in agriculture, forest management and fisheries -- while advancing prosperity and equity for customers, associates and people across our product supply chain."

Walmart outlined in the news release how it will go about reaching its goals.

To eliminate greenhouse-gas emissions, Walmart aims to use only renewable energy sources to power its facilities by 2035. It will also transition by 2040 to using only electric-powered vehicles, including long-haul trucks, and using low-impact refrigerants for cooling and all-electric equipment for heating at its facilities.

As for protecting land and oceans, Walmart said it will continue its efforts to preserve at least 1 acre of natural habitat for every acre it develops in the U.S. In addition, the company plans on "driving the adoption of regenerative agricultural practices, sustainable fisheries management and forest protection and restoration"; and helping suppliers source from places that help preserve ecosystems and improve people's livelihoods.

"People have pushed past the earth's natural limits," said Kathleen McLaughlin, Walmart's chief sustainability officer and president of the Walmart Foundation. "We must all take urgent, sustained action to reverse nature loss and emissions before we reach a tipping point from which we will not recover."

The Business Roundtable, a group of U.S. CEOs, said in a statement earlier this month that private-sector innovation and switch to sustainable energy sources have helped the U.S. make "significant" progress in reducing emissions over the past decade.

McMillon was elected chairman of the Business Roundtable a year ago. His two-year term began Jan. 1.

"American corporations must continue to lead the way in driving efficiency, advancing a spectrum of low to negative emissions technologies and reducing greenhouse-gas emissions," the group said.