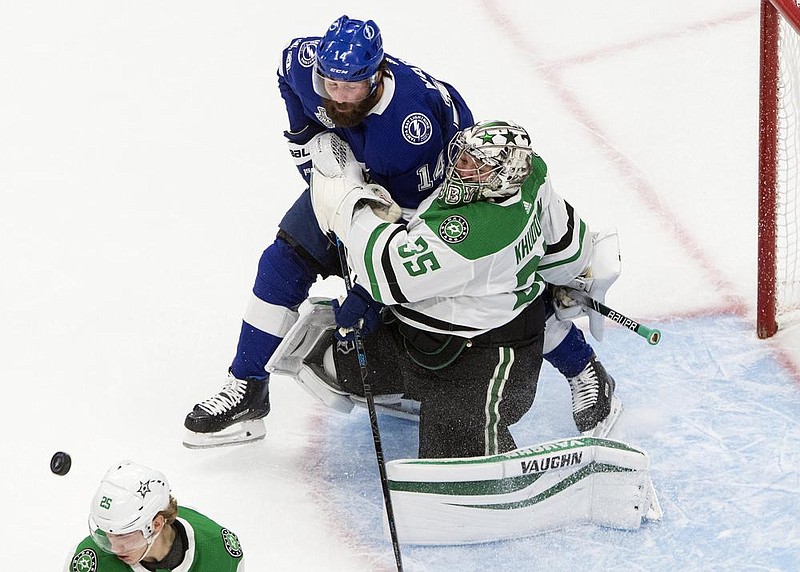 EDMONTON, Alberta -- Pat Maroon shot a puck into the Dallas bench, nailing an opponent in the face. Victor Hedman tripped Corey Perry before a faceoff. Perry put Tampa Bay's Cedric Paquette into a headlock before getting flipped over.

The dislike is building quickly for the Stars and Lightning in this Stanley Cup Final, which is knotted at 1-1 going into tonight's game. While nastiness typically develops in a lot of series this deep in the playoffs, it's happening even earlier in this one because players have grown cranky after eight weeks in the NHL bubble.

They are taking it out on the ice.

The championship will ultimately be decided by which team can dictate its game to the other in what has become a best three out of five series. Those extra pushes and shoves are part of it -- and they only ratchet up the intensity, even without fans to cheer or boo it all.

"It seems like in this setting with no fans, it's even more competitive out there with just you and the other team," Dallas forward Andrew Cogliano said. "Both teams are going to fight for every inch. As the series goes on, it's just going to get more competitive."

It's competitive and chippy after the teams split the first two games and combined for 50 penalty minutes. Fourteen of those belong to Maroon, who got a 10-minute misconduct for flipping a puck into the bench and two minutes for roughing it up with Jamie Oleksiak in Game 1, then another two in Game 2 for running Stars goaltender Anton Khudobin.

"You know what happened," Maroon said when asked about the puck incident.

"That's all you can do," Pavelski said. "It doesn't take us off our game."

After Maroon ran into Khudobin and incited a skirmish that qualifies as modern hockey's line brawl, it was clear he has not endeared himself to the Stars.

"Why's Maroon still out there?" a Dallas player yelled, easily heard in the empty arena. "Put him in the box already."

By the time Maroon, Hedman and Paquette got to the box, it was so crowded all three couldn't sit down. Each team wants to avoid unnecessary penalties like that, but players know what's at stake and they are not surprised by all the post-whistle activity.

"You're not trying to give anyone an inch out there," Tampa Bay center Anthony Cirelli said. "You're trying to finish every check when you can, it's going to be physical, the emotions are going to be high. I think that's just what comes with the entire playoffs, and that's what playoff hockey is all about."

This is also playoff hockey in the most unnatural of circumstances. As Bowness pointed out, players and coaches usually would be able to clear their minds and blow off steam between games.

"You're just finding other ways," Bowness said. "The grind, the Groundhog Day, that is tough, and the normal things you would do to help you relax are just not there, so you adapt." 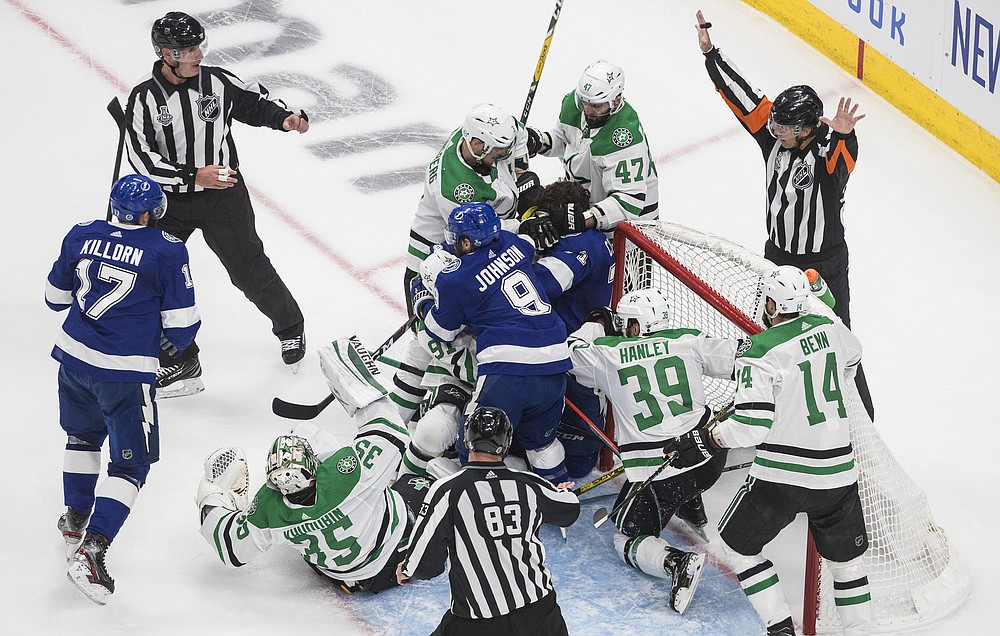 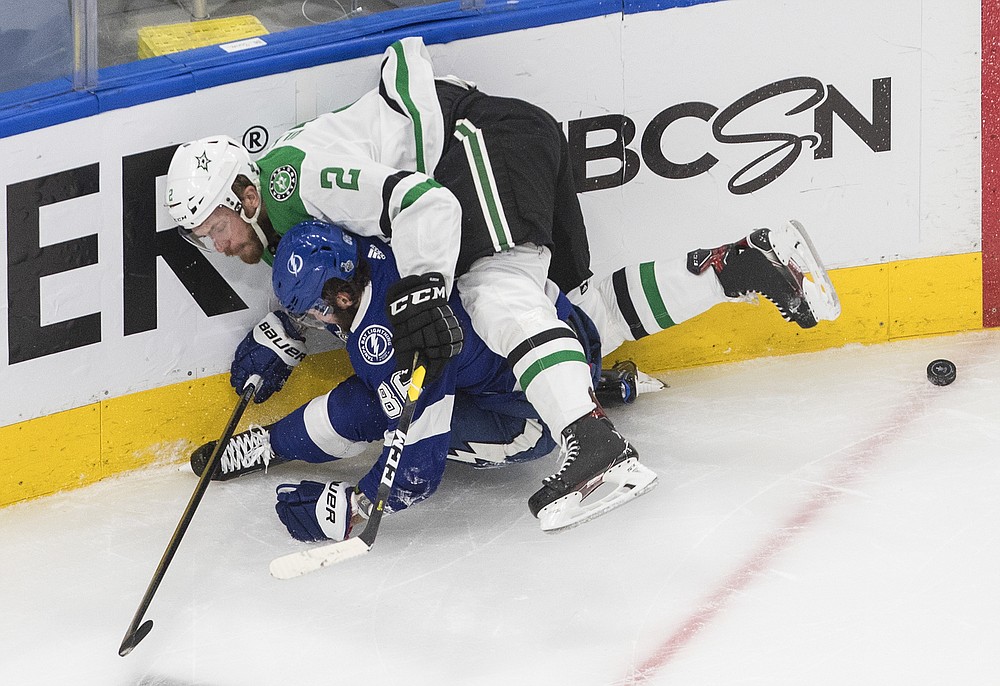