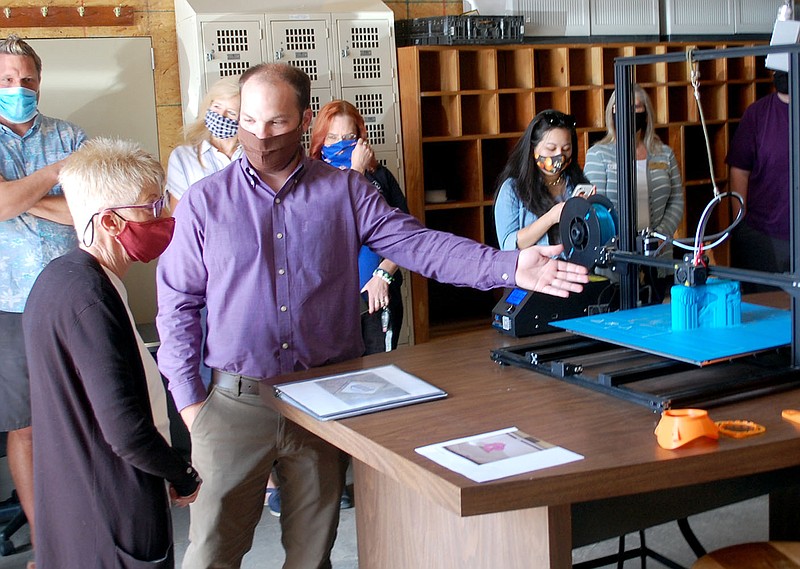 It's open to the community and will provide people with a place to create and innovate.

"I'm incredibly excited about the opening of our maker space and I'm confident that it will be a place where people's imagination and ideas become a reality," said Arthur Hulbert, chamber president and CEO. "I'm very thankful for the collective effort of the city, our many sponsors and individuals who gave money, time and resources to make this a reality."

Hulbert listed a number of regional businesses that have supported the maker space; community members who have volunteered and contributed to the effort; and city board members, who approved a $12,000 matching grant for the space in January.

The maker space has been more than three years in the making, according to Reed. Seeing the vision of the maker space become a reality has almost been like watching a child or grandchild grow up, said Mays, who retired in December.

"It just gives the opportunity for someone in Siloam Springs to come in and invent something and have a really good idea," Mays said.

Chamber board and maker space committee members volunteered for work days to clean and prepare the former warehouse space for use, Mays said. Reed and local inventor Simeon Tiefel also worked to find accessories and needed items, such as storage lockers and even a large elevator gear, to use for the space, Mays said.

"It's been a long, hard road but I learned a lot throughout the process trying to figure out how to get it going," Reed said. "To see it there, ready, people using it, things going, it feels pretty good."

People who are intrested in using the new space can come into the Chamber office and fill out an application and pay a membership fee of $39 a month or day-use fee of $20, Hulbert said. Tiefel will be providing training and checking people off to use the machines, he said.