Rogers cancels games because of covid-19 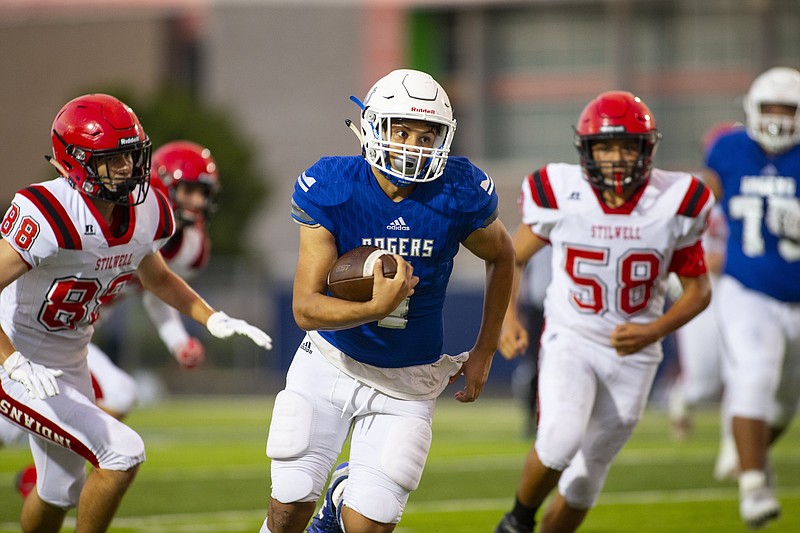 District personnel were notified Tuesday night by coaches that a player had tested positive for covid-19, Kilgore said.

The Mounties (3-0) were scheduled to host Fort Smith Southside on Friday and Fayetteville on Oct. 2. Those games, per Arkansas Activities Association guidelines, will be considered no contests.

A few Rogers players were sidelined in last week's 43-14 win at Springfield (Mo.) Central because of quarantine, but some of those will be back by the end of this week, Kilgore said.

"It was a hard decision, but it was the right decision," he said. "There's no doubt it's going to be a long two weeks, but it's all about protecting our students and our staff. It's the current dilemma we're facing. I know our coaching staff and kids will do what it takes and be prepared for the opportunity to get back on the field."

Two junior varsity games were also canceled. The Rogers freshman football team was not affected and will continue to play as scheduled.

"The freshmen have a different athletic period and a different locker room," Kilgore said.

Michael Beaumont, athletic director for Fort Smith Southside, said they moved quickly to try to make sure their team would still have a chance to compete Friday.

"Yes it's three and a half hours away, but we're playing and we're excited," Beaumont said. "The most important thing is we wanted a chance for our kids to play."