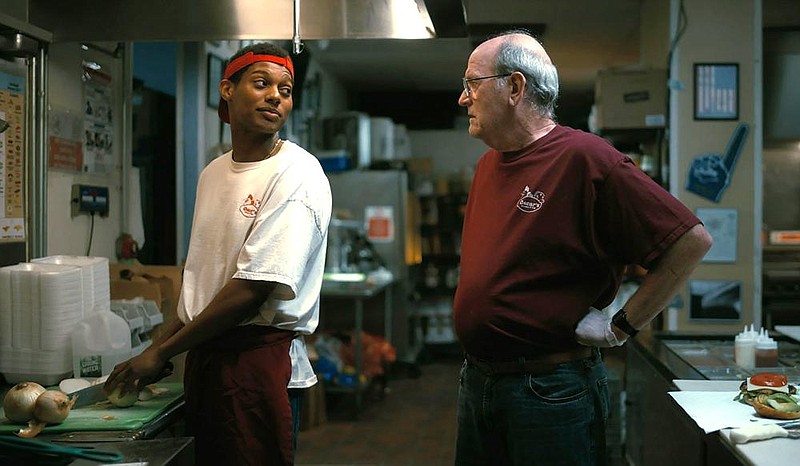 Jevon (Shane Paul McGhie) takes over from venerable fast food worker Stan (Richard Jenkins) who is pulling his last graveyard stint after 38 years in the business, in Adam Cohn’s “The Last Shift.”

Writer-director Andrew Cohn, known for his Emmy-winning documentary work focusing on economic inequalities in flyover America, makes his narrative feature debut with "The Last Shift," a seriocomic portrait of a guy who probably exists somewhere in the Rust Belt heartland.

Stan (the ever-reliable Richard Jenkins) threw a rod early in life but stayed in the race. A promising high school athlete, whatever dreams he may have had were derailed by injury. So he went to work at a local restaurant, Oscar's Chicken and Fish in 1971 for $3.10 an hour, which was a dime short of twice the minimum wage at that point. Nearly 40 years later, they're paying him more than $13 an hour, and he imagines he has accumulated enough wherewithal to retire. Or at least enough that he can move out of the flophouse he shares with shady roommates, and make it down to Sarasota to be a full-time caregiver to his dementia-suffering mother.

We might perceive Stan's situation as pretty grim, but he's grateful to Oscar's for providing him a sinecure. He's still known in his small Michigan town (the young jocks greet him as "Stan the Man!" through the drive-through), he has what passes for social interactions with regular customers, his boss Shazz (Da'Vine Joy Randolph), and his best friend Dale (a subdued, well-cast Ed O'Neill). It's not the life he would have chosen but he imagines he got a fair deal. Even if he and Dale agree the town is a "shole," it's their "shole."

But it's Stan's last night, literally his last shift, and he's handing over his greasy kingdom to Jevon (Shane Paul McGhie), a bright, self-destructive young Black man on probation for a litany of petty charges that include defacing a monument, going the wrong way on an escalator and, naturally, resisting arrest. It's not hard to imagine that another suspect might have been let off with a warning, but Jevon has an attitude and he's political.

Stan has seen his like before; back in 1971, he watched some of his buddies beat a Black classmate to death. Because he had an attitude and was political.

As Stan goes about training Jevon, explaining, among other things, the petite bourgeois preference for honey mustard to ranch and the dangers of running out of ketchup around 10-year-olds, "The Last Shift" seems to hit its stride as a kind of sub-Mike Leigh/Ken Loach portrait of life's other side. The performances are gentle and the inevitable conflicts between Stan and Jevon feel resolvable, even when aspiring writer Jevon starts going on about the "failing autocracy" and we can tell Stan thinks he's being made to look stupid.

Of course, white privilege cannot exist because no one ever gave him anything.

Jenkins is such a wonderful actor that we impute an interior life even though the script does nothing to suggest one. If we get the sense that Stan was once in love with someone or something other than the grinding everydayness of Oscar's and his room, it's only because of the light in Jenkins' eyes. Stan, as written, is a trope, the character always on duty in the background when the more important characters repair to the diner to right the world. It would have been nice had the film given Jenkins a little more to work with, but the actor is more than up to the challenge. Maybe we should work harder to understand Stan.

In his own mind, Stan's no bigot. Witness how he treats Shazz and Fernando (Dano Duran), the immigrant fry cook? He doesn't understand why Jevon doesn't understand what he's trying to tell him, that everything would have been all right back in 1971 if that kid had just kept his mouth shut.

In a different, easier movie, Jevon and Stan would become buddies by the end of the shift, with Stan agreeing with Jevon and the audience that Oscar's should only be a stop along the way for Jevon -- who along with being a promising rhetorician and a pain in the butt has been an irresponsible father.

But Stan is too proud to acknowledge that he has more in common with a poor Black kid than with the powers that run the game. He is a company man, unwilling to risk losing the toehold he has gained and slipping a few inches to the bottom.

Rating: R, for language and some drug use 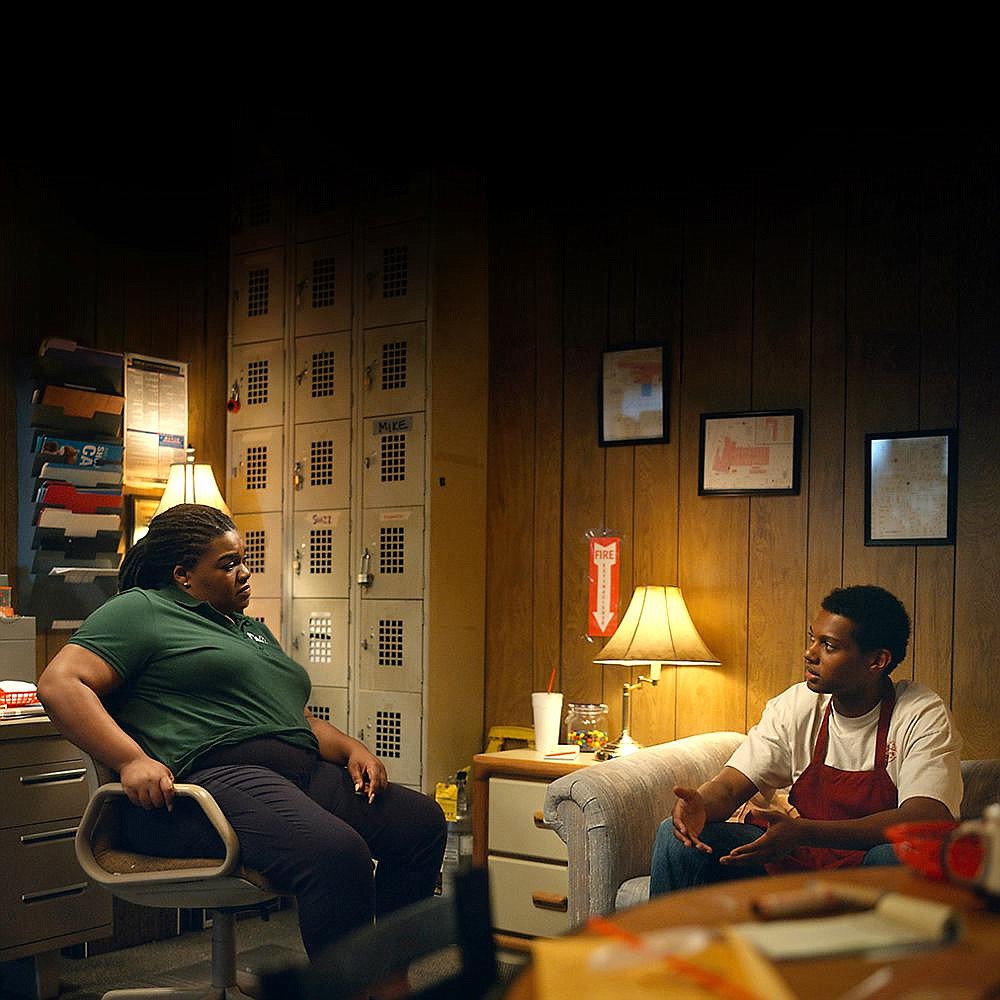