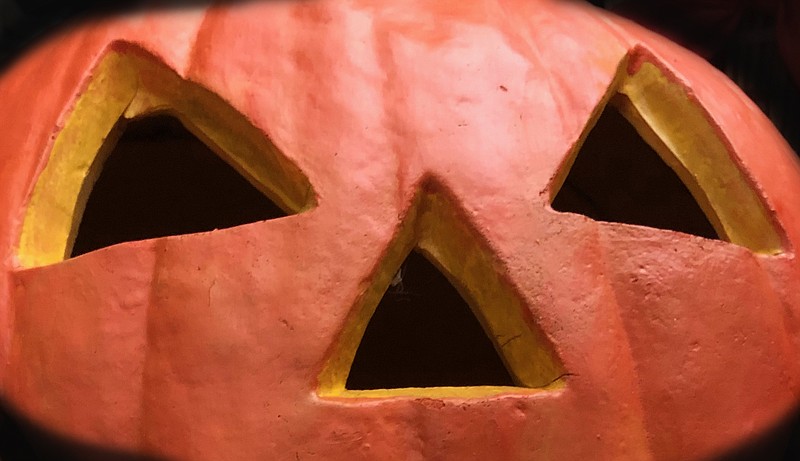 Can we do Halloween without getting covid-19?

If you've been paying attention, you already know what to do: Avoid crowds, use good hand hygiene, no big indoor parties, wear masks — the safety kind — even outdoors, in many cases.

"It goes back to the basics," said Dr. Dana Hawkinson, medical director of infection prevention and control for the University of Kansas Health System.

"The message should be wear a mask if you are going out in public, even if you're going to be outdoors, especially if there are going to be people around you that are not in your bubble or your household, such as at the pumpkin patch or the haunted houses."

Weather dictates the size of candy-begging crowds on any Halloween. Since it happens outdoors -- and if household members stick together, travel in as small a group as possible and distance themselves from others — it should be "very reasonable to do trick-or-treating" this year, Hawkinson said.

"Going to get the candy is probably not too much of a risk," because the interaction is brief and "can certainly be done in a safer way than having parties or get-togethers indoors," he said.

Doctors, though, are not keen on seeing packs of trick-or-treaters crowding sidewalks.

"When you're walking around with your child, you don't want to go in a big clump or a big group of people as sometimes happens," said Dr. Angela Myers, director of the Division of Infectious Diseases at Children's Mercy Hospital in Kansas City, Mo. "It's best to remember that we are doing our social distancing right now and try to keep doing that."

Children should wear masks, even outdoors, she said. "Try to make that as fun as possible," says Myers. "Think about being creative, letting your child pick their mask. Or if you don't have one that goes with the costume, you could decorate one that would go with it."

At home, designate one person — best to be an adult — to hand out the candy. Don't leave the bowl out for kids to dig into.

"Typically when I have seen trunk-or-treat there are a lot of people, so those lines do move slowly," he said, adding this is another event where everyone should wear face coverings.

"Again, the interaction with any one child or any one person is going to be very brief if you're just giving candy. You can certainly give candy and then move to that six-foot, eight-foot distance. You can keep yourself safe in that way.

"But I think it's really going to be about the density of the cars. If you can separate the cars enough that's going to be important for keeping things as physically distant as possible in that parking lot or park, or wherever it may be."

MASK UP, EVEN OUTDOORS

But, even at a place like a pumpkin farm where "you can probably be spaced pretty easily from other people," Hawkinson said, "wearing a mask there would probably still be a very good idea.

"Doing those hayrides, you'll probably be on the hayride or trailer with other people not in your household. Although you are outdoors, it's probably still a good idea -- to reduce the risk of you spreading it if you don't know you have the disease or you catching it -- to be wearing a mask and again, separating as much as possible."

The same advice goes for haunted houses, he said. Even though you might be waiting in line outdoors, waiting in line with a lot of people carries more risk than being able to go directly through the house without waiting.

"I haven't been to any in a long time, but from what I remember you are still walking through fairly slowly," Hawkinson said. "You are coming into contact with other people, you are moving into other people's space fairly soon after they have walked through that area.

"We know that the virus is mostly spread by droplets. Those droplets will tend to fall onto the ground fairly quickly, but can you still be walking through where somebody has been coughing or being in proximity where somebody may be coughing and maybe not know they are sick? That is certainly a risk."

"Do you need to do it after every household that you're going trick-or-treating and getting candy from? Probably not," Hawkinson said. "But if you want to do it several times ... that will be important."

Early in the pandemic, people were advised to wipe down their groceries. You don't have to do that to your Halloween candy, Myers said.

People have perfected the concept of drive-by greetings. Teachers driving by their students' homes. Family members delivering birthday greetings from the road. Now comes the idea of drive-by trick-or-treating: Kids in their costumes stand in front of their houses as people drive by and toss candy to them. Myers likes the idea.

"I think a community, a cul-de-sac ... or neighborhood parade is a great idea," she said.

"Hopefully the weather will cooperate this year, but it would really be better to hold your Halloween party outdoors and have maybe a bonfire, or something else if it's a little cool outside to keep warm."

Risky. Dangerous. Those are the words infectious disease experts use to describe indoor Halloween parties, and they're not talking about the salmonella dip.

For one thing, you can't stay socially distant in a crowded indoor space. Also, who wants to wear a mask when they're eating and drinking? And alcohol can lower inhibitions and toss awareness of covid-19 risks.

And just how many people will be at that party? Local governments have covid-19 rules limiting the size. Medical experts have their own thoughts on that.

"We certainly recommend and advocate for 10 people or fewer," Hawkinson said.

"We know that get-togethers spread disease. We know from various published reports that get-togethers such as weddings, such as parties, church groups, fitness classes, easily spread the disease," he said. "So if you want to continue to hold those types of parties in a facility, in your home, less people is better. People who are normally in your bubble is better ...

"But we know that with every extra person you invite to this party, your risk of getting it, giving it and spreading it is higher than if you didn't."