REVIEW: Core of 'Madden 21' is great, take or leave a few features 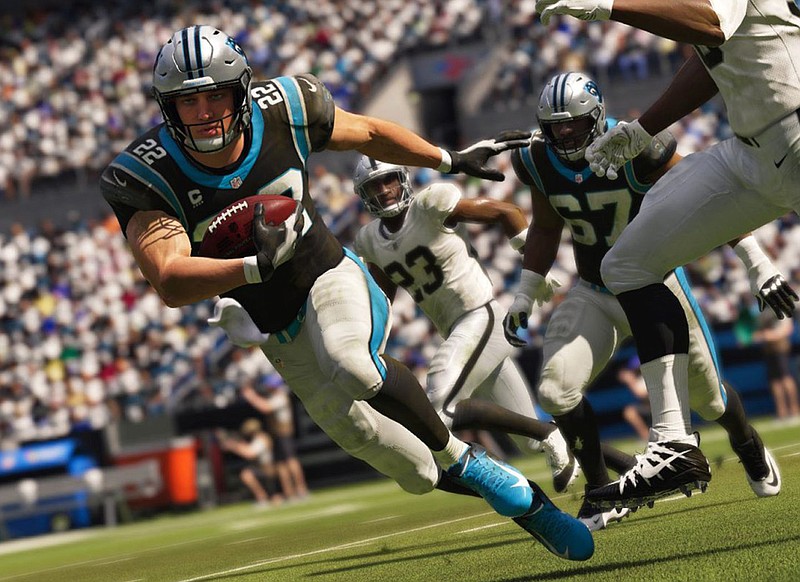 Lining up under center and taking a snap in "Madden NFL 21" for the first time in a long time in the long-running NFL sim series is an eye-opening experience, particularly for those of us who grew up with this video game franchise over the many years (and many consoles) of our youth.

The simulation experience of a live football game has never felt or looked better than in "Madden 21." Whether all the good that comes with that — the speed of the game, the top-notch graphics, pinpoint passing and an accurate running game experience (you have to read your offensive line's holes), and more options for defensive movements to get to the ball — is markedly improved from, say, "Madden 19" or "20" is up for debate.

"The Yard" is the newest feature to the franchise. It's a six-on-six, spread out game on a smaller field designed to have an arcade-like football feel. Anyone who has ever played backyard football (hence "yard" in the name) will feel mild nostalgia in this mode. The player snapping the ball to you can immediately run out as a receiver. Laterals are encouraged on plays that call for receivers to run in motion on the snap. Pitch it to your receiver behind the line of scrimmage, and if you don't have a defensive player posing as your shadow and ready to take you down immediately, you can run for glory or look downfield for an open pass-catcher.

"The Yard's" most throwback aspect is the "one-Mississippi" pass-rush. When the ball is snapped you must wait a second before you can rush the quarterback, waiting for a red line of scrimmage marker to turn green.

Fun? Yes. For hours? Maybe if you've got a second player with you. Against the computer, not so much.

"The Yard," along with other "Madden" modes like "Superstar KO," "Ultimate Team" and "Face of the Franchise," seem to come off, at least to older Madden-ers such as myself, as additions implemented to justify the new edition and to engage players who aren't old enough to remember when John Madden was actually the guy on the cover and ambulances ran over injured players in the game.

I'm 40 years old. I'm more likely to tell a kid to get off my yard before wanting to play "The Yard" online with them. But "Madden" is part of my video game DNA. The Franchise Mode has been hit or miss over the last few years with only so much meaningful change. Those looking for something groundbreaking when managing a team in Franchise will have to wait to see what forthcoming next-generation consoles offer.

The games within the game you can play in your mind with "Madden 21" still matter. Mobile quarterbacks are the ultimate offensive threat (but you better slide) and the most fun to play with. The Los Angeles Chargers, with their myriad uniform options (try the navy blue with yellow pants) are a perfect example of the fun those mini mind games can provide.

With a first-round draft pick at quarterback (Justin Herbert), whom "Madden 21" automatically places in as the starter, the Chargers also have duel-threat abilities and experience with Tyrod Taylor as the backup. A built-in quarterback controversy ready to be managed.

The "Madden" monopoly on realistic NFL sims will continue even with 2K announcing they will soon be back in the football video game business. Whatever comes in the future from 2K will not be a full-game simulation experience. This is, however, a swan song of sorts for "Madden" with the dawn of newer, shinier and much more expensive next-generation consoles in the PS5 and Xbox Series X.

Perhaps you've been Madden-ing long enough to remember the not-so-seamless transition from, say, "Madden" on the Xbox (loads of fun) to the Xbox 360 (hardly any joy that first year), and the memories of preferring to play "Madden" on an older console until EA could figure out next generation technology.

The good news is that buying "Madden 21" on either current-gen console before the end of this year guarantees you a digital upgrade to the PS5 or Xbox Series X version of the game. That's provided you stay within the same console family. If you're playing "Madden 21" on an Xbox One as I do, but can't wait to play as "Marvel's Spider-Man: Miles Morales" on the PS5, you'll have to buy a new next-gen "Madden" game for the PS5.

Still, the upgrade feature is quite enticing, at least until you factor in what we still don't know about how much those new-gen consoles will cost.

To that end, is "Madden 21" a fun enough experience to buy ahead of the next-gen debuts? Yes. If "Madden 21" on Xbox One or PS4 is the only football game you play for the next year, you'll be plenty entertained.