READ TO ME: When squid scribble, kids take the blame 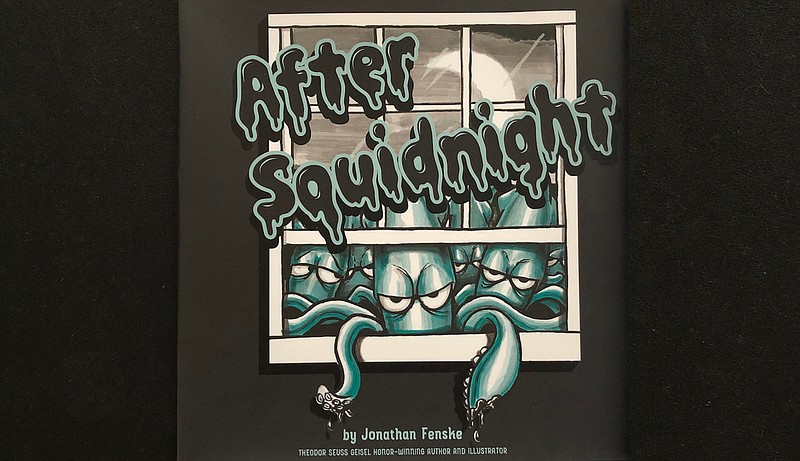 STORY: You're sound asleep in your beachside abode, unfortunately with your bedroom window open, and a suckered army of squid is creeping out of the surf, across the sand. When the clock strikes midnight, pointy heads and arms of blue will bring to you ... blame for defacing everything in your house with inked doodles.

Yes, you didn't draw on the wall. Squid did.

Fenske's rhymes are irresistible, and his dramatic drawings of sneaky, emotive squid are laugh-out-loud funny.

Bonus: The squid art has a Halloweenish character. All over the house images of things squid apparently care about are slashed in drippy ink, including fish skeletons and crabs with salt shakers. Where the oblivious child's innocent arm dangles over the side of the bed, some squid draws a monster hand with claws reaching up. Drawn stuffing pops from inked gashes in the coverlet; tentacles wrap down the sleeper's arm.

Yes, the squid draw on the kid.

They draw on you.

But you don't care.

You do not even

But when you stir,

Oh, how they scatter!

They wait in shadows,

If memory serves (and memory is but a blank spot after Mom caught Yours Truly carving baroque griffon's feet into the legs of a mahogany dresser, using a barrette), kids who draw on the walls don't intend to deface the place. They're trying to make it better. And so these squid — while quite probably convenient fictions — are spiritual compatriots of the well-meaning miscreant child, because their motive is artistic. They creep from the sea to do their diddly work because seawater washes away ink. Nothing they draw underwater can last.

That's why they messed up your house. What a shame you'll take the blame.