‘Football was always there’: How ASU’s Antonio Fletcher became a man ‘saved’ by football 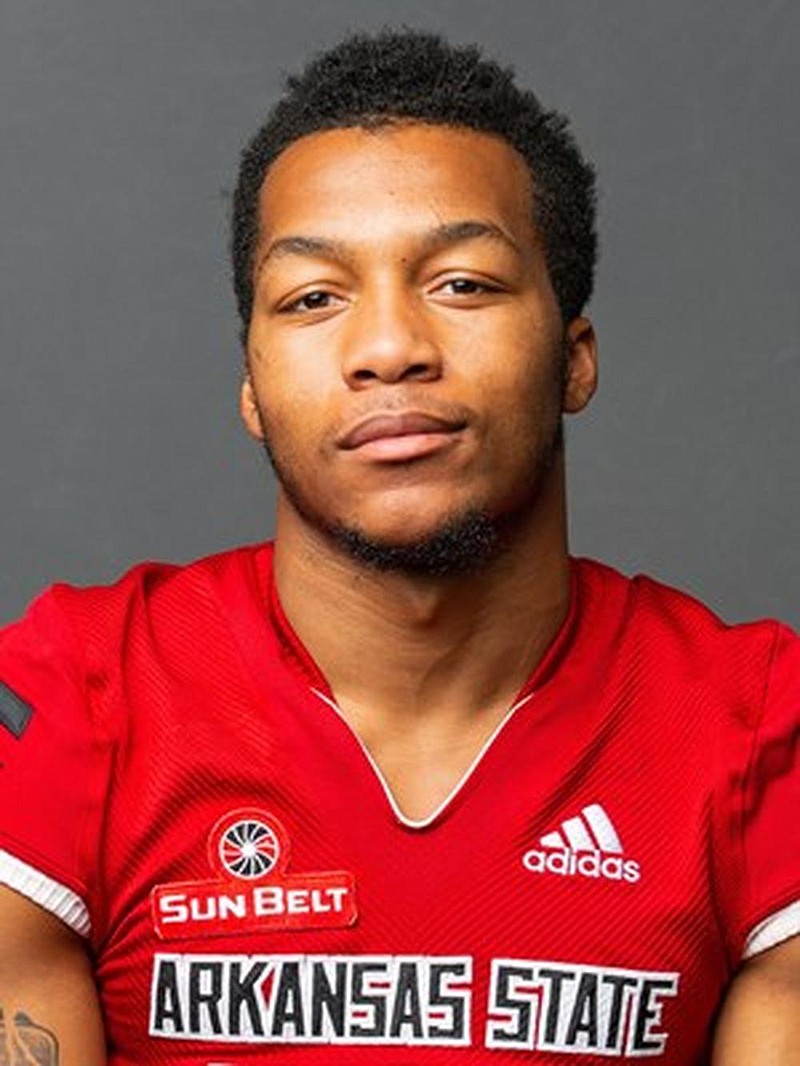 To truly know who Antonio Fletcher was, is and will be, one must understand the meaning behind the tattoo on his right wrist.

It's a bracelet with a capital "T" and a cheer megaphone, honoring Tionne Thomas -- a cheerleader from his high school who died in December of his senior year. Thomas was more than a cheerleader and fellow classmate to Fletcher, now a junior safety at Arkansas State University. She was one of his closest friends, as the two often shared their dreams and aspirations with each other.

"After she passed, I think football saved him from going into a more depressed space," said Fletcher's mom, Kamilah. "Football was always there."

The son of an United States Marine, Fletcher learned at a young age two necessary traits of being a great football player: self discipline and work ethic. And it's those traits, fueled by his passion for the game, that have guided Fletcher through some of the darkest moments in his young life.

Football has become his escape, and his deepest motivation. And he's reminded of that each time he looks down at his wrist.

"I never want football to leave my life," Fletcher said. "I don't want to do anything that doesn't involve football. Football has taught me a lot of things that I can use in my life."

Fletcher, in his words, is a man saved by football.

"His light shines brightest in the dark," said Trooper Taylor, who recruited Fletcher to Arkansas State. "No matter what's going on around him in his life, he's calm, level-headed and always thinking about others. That's who he's become."

Fletcher first got on Arkansas State's radar after Allen Johnson -- ASU's former safeties coach and now cornerbacks coach -- saw Fletcher at a camp in Georgia over the summer before his junior year at Martin Luther King Jr. High School in Lithonia, Georgia. At the time, Fletcher was on then-Carolina Panthers quarterback Cam Newton's 7-on-7 team, one of the most elite football training programs in Georgia.

"He just stood out among all the other athletes that were at the camp," Johnson said. "Once I saw his tape, I knew this kid was a Division I football player."

Fletcher became a top priority for the Red Wolves. And Taylor, now the wide receivers coach at Duke, was assigned to recruit Fletcher given his relationship with Newton -- Taylor was the assistant head coach and receivers coach on Auburn's 2010 national championship team with Newton.

When Taylor called Newton to inquire about Fletcher, Newton vouched for Fletcher, saying he was one of the more mature and naturally gifted players on his 7-on-7 team.

"He played as advertised," said Newton's father, Cecil, who helps oversee the program. "You could get a lot out of him. He came to work with his lunch pail and his hard hat. He did everything that was asked of him. He was very unassuming. Some kids his age aren't as disciplined. He wasn't egotistical. He just played the hand that was dealt to him.

"Our mantra was courage, character and commitment, and he fit all three aspects of what we taught."

When Taylor made the trip to watch Fletcher during his junior year, he saw a kid who played safety on defense, wide receiver on offense and kick returner on special teams. He also kicked extra points and field goals.

Taylor found few flaws in Fletcher's game, so he went to the high school to learn more about the kid's off-the-field persona.

Fletcher's coaches praised his effort and leadership in the weight room, saying he was the first to arrive and the last to leave. His teachers exalted his engagement and attitude in the classroom, saying he never missed class and was one of their brightest students. And the cafeteria lady -- yes, the cafeteria lady -- commended his selflessness and humility, saying he let people cut in front of him in line and always put his, and often his classmates, lunch trays away.

"I searched with a flashlight in the daytime, and I couldn't find anybody to say something negative about him," Taylor said. "And if you go to Arkansas State today and you go on campus or anywhere in the community and you ask people about Antonio Fletcher, every time somebody says something bad, I'll give you a nickel. Every time somebody says something good, you give me a penny. And I promise you, I'm going to have way more money than you've got at the end of the day."

Taylor offered Fletcher a scholarship soon after his trip, and Fletcher committed the summer before his senior year. He had earned offers from schools such as Appalachian State and Georgia State, among others, and gained attention from a few SEC schools, which never pulled the trigger.

Fletcher said Newton was a big help in his recruitment, often reaching out to coaches he knew around the country and sending them his film. But where Newton helped Fletcher the most was all the lessons he learned from the 2015 NFL MVP.

The biggest lesson of all? Success is often awarded to those who work in silence.

"That's what I love about Fletch: He'll put his pride in his pocket in order to learn," Taylor said. "He listens. He may not say much, but he listens and he learns."

Fletcher finished his senior year recording 70 tackles, 7 interceptions, 2 forced fumbles and 1 fumble recovery. He officially signed with Arkansas State on Dec. 20, 2017, and was excited for what was ahead.

"I was one of the last people she talked to," Fletcher said. "That was the lowest point in my life."

Fletcher finished out the final months of his senior year, a day not going by where he didn't think of her. Before he left for Jonesboro, he got the tattoo in her honor to serve as a reminder of who he plays for and why he plays the way he does.

"They would talk about his dream of playing professional football. That has kind of pushed him to keep going," Fletcher's mother said. "Football kept him busy. It was something that was sort of a distraction. He feels like she's his cheer angel now."

In his darkest hour, one thing remained constant: football.

Fletcher is quick to attribute that push-forward mindset to his parents. His dad, Antonio Sr., was a Marine in the 1990s and is now a diesel technician. His mom has worked all of her life, the past 17 years at a dermatology clinic.

"I couldn't be prouder as a father to have a son like him," Antonio Sr. said. "He's got a strong mind. He's got a strong will. And he's got a workout ethic that is out of this world. He doesn't know how to stop, he keeps going."

And it's that mentality his teammates feed off of the most.

"He leads by example with his work ethic. He's a guy that's tough enough to fight through things," Coach Blake Anderson said. "Consistency is the main thing when you talk about his leadership. He does what he's supposed to in the classroom, he never gets in trouble off the field, he shows up ready to work all the time, plays through his body being beat up and doesn't say a whole lot.

"He lets his actions speak for themselves."

Fletcher will continue to be one of ASU's most important players this season and next, having already racked up 86 total tackles, 5 pass deflections and 1 forced fumble in his first three years. As far as life after football, he hopes to one day own a sports agency to help young athletes like himself fulfill their dreams.

No matter what, Fletcher is going to continue to go to work.

Because that's what he promised his mom, dad, Taylor, Johnson, Newton and Thomas he'd do. And so far, that attitude has yet to fail him.

"He's grown, and he knows where he wants to go," his mom said. " Football pointed him in the right direction. It's only up from here."