ENTERTAINMENT NOTES: "Ninja Warrior" host to give talk at UCA 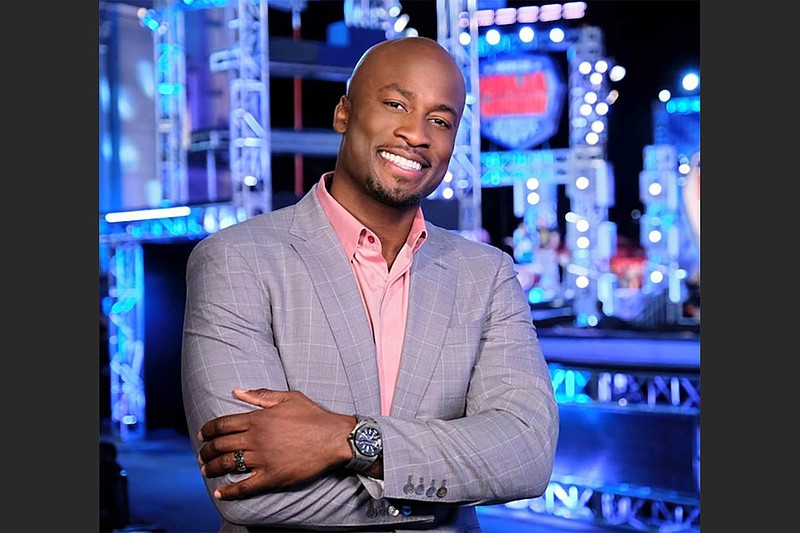 Former NFL player Akbar Gbaja-Biamila, now host of NBC’s “American Ninja Warrior,” gives a talk on Tuesday at the University of Central Arkansas in Conway. (Special to the Democrat-Gazette)

Dinosaur Adventure Drive- Thru, "a prehistoric journey featuring life-sized dinosaurs" including a 40-foot animatronic T-Rex, a 30-foot brachiosaur, a triceratops and a velociraptor, is up as a drive-thru display today-April 11 at the Arkansas State Fairgrounds, 2600 Howard St., Little Rock.

Ticket are $49, covering a single vehicle containing up to eight people, on the basis of per day/per time slot within one- or two-hour windows. (You may arrive at any time during that window.) "Anytime tickets" are $69. An add-on Adventure Pack of souvenirs and toys, $35, does not include vehicle admission. Visit dinosauradventure.com/littlerock. No tickets will be sold on site. No large vehicles (limos, passenger vans, RVs, etc.) are allowed; patrons must remain in their vehicles at all times. (However, on-site portable restrooms and food vendors will be available.)

Cowboy comedian Chad Prather, on his "Unapologetic Comedy Tour," performs at 8 p.m. Saturday at the First Financial Music Hall, 101 E. Locust St. in El Dorado's Murphy Arts District. The show comes with an "adult content" alert. Doors open at 7 p.m.. Tickets, sold by the pod (two and four people per) are $50-$300; fans can attend a meet-and-greet for an additional $35. Visit tix.eldomad.com.

Akbar Gbaja-Biamila, host of NBC's "American Ninja Warrior," Universal Kid's "American Ninja Warrior Jr." and NFL Networks' "NFL Fantasy Live," shares stories of his career as a professional football player (five years in the NFL as a linebacker and defensive end with the Oakland Raiders, San Diego Chargers and Miami Dolphins), NFL analyst and television personality, 7:30 p.m. Tuesday in Reynolds Performance Hall, University of Central Arkansas, 201 Donaghey Ave., Conway. He will sign copies of his book, "Everyone Can Be a Ninja," after the talk. Tickets are $15, $10 for students and children. Covid-19 protocols will be in place. Call (501) 450-3265 or (866) 810-0012 or visit uca.edu/Reynolds. 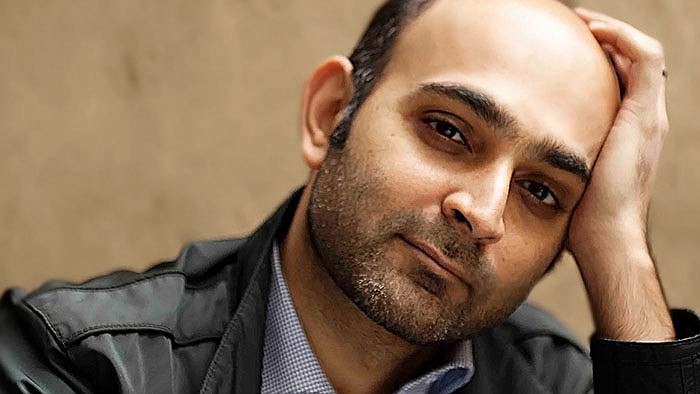 Novelist Mohsin Hamid, a Murphy Visiting Writer at Hendrix College in Conway, will discuss his writing in an April 8 virtual campus visit. (Special to the Democrat-Gazette)

Novelist Mohsin Hamid, a Murphy Visiting Writer at Hendrix College, will discuss his writing virtually at 7:30 p.m. April 8 via the Hendrix-Murphy Events channel of the Hendrix Community Events Team (Microsoft Teams). It's free and open to the public. Email hendrix-murphy@hendrix.edu for information on how to join. Hamid will also meet virtually with classes and give a public reading. Sponsor is the Hendrix-Murphy Foundation Programs in Literature and Language. Call (501) 450-4597 or email vanaman@hendrix.edu.

Mountain View will host the 58th Arkansas Folk Festival on April 16-17 after the covid-19 pandemic forced the cancellation of the festival in 2020. The festival, with the theme of "Renewing Traditions," will feature live Friday and Saturday folk music programs on the courthouse square stage and informal jam sessions (weather permitting) around the square and in nearby venues such as Washington Street Park. Also on the schedule: a Saturday parade down Main Street and the Arkansas Craft Guild's annual Artisans Market on the Square, 11 a.m.-6 p.m. Friday and 9 a.m.-4 p.m. Saturday. Crafters will sell handmade items from booths around the courthouse square. Attendees are encouraged to wear masks, especially if social distancing is not possible; hand sanitizing stations will be available. Call (870) 269-8068.

Meanwhile, the Ozark Folk Center State Park in Mountain View will also open that weekend, within current Arkansas Health Department guidelines, including the 20 shops in the park's Craft Village, the gift shop and the gardens. Hours will be 10 a.m.-5 p.m. Tuesday-Saturday through the fall. Live music will resume on the Craft Village outdoor stage, and the park's indoor music venue, the Ozark Highlands Theater, is expected to reopen for two new music events later in the year. The Skillet Restaurant will also open. Visit OzarkFolkCenter.com. 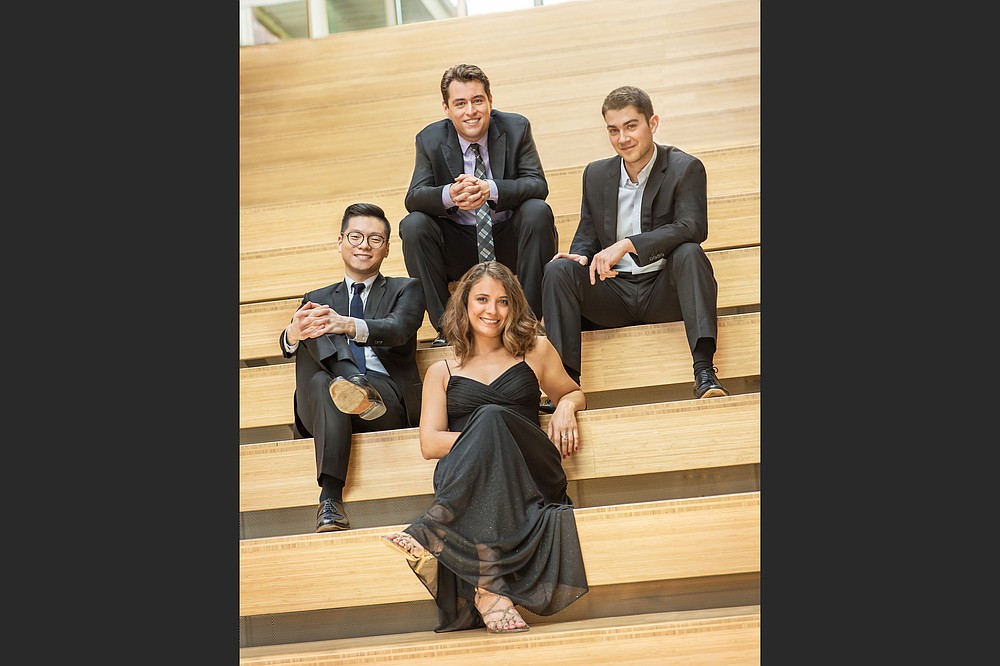 The Dover Quartet — (clockwise from left), Bryan Lee and Joel Link, violin; and Camden Shaw, cello; and Milena Pajaro-van de Stadt, viola — return to Fayetteville's Walton Arts Center for an Artosphere performance in May. (Special to the Democrat-Gazette/Carlin Ma)

Artosphere, Northwest Arkansas' Arts+Nature Festival, will include a mix of free and ticketed performances and events May 6-23, but health and safety restrictions to prevent the spread of covid-19 mean there won't be the 90-member Artosphere Festival Orchestra or the Chapel Music Series that past festivals have featured.

The festival will include the Artosphere Film Series, Trail Mix and Off the Grid series, all free, and a new interactive theater piece called "Art Heist."

Also returning: a performance by the Dover Quartet (Joel Link and Bryan Lee, violins; Milena Pajaro-van de Stadt, viola; and Camden Shaw, cello), 7 p.m. May 18 in Baum Walker Hall of Fayetteville's Walton Arts Center. Tickets are $20; the concert will also air live on radio station KUAF-FM, 91.3. And the festival will also feature one of the first public screenings of the quartet's new documentary, "Strings Attached," 7 p.m. May 19, also in Baum Walker Hall. Admission will be free; reservations will be required.

A news release describes "Art Heist" as "a true crime outdoor walking theater piece that gives you the chance to crack the world's most famous unsolved mystery": the theft 30 years ago of 13 pieces, valued at half a billion dollars, from Boston's Isabella Gardner Museum. (The artworks have never been recovered and no arrests have been made.) Participants in the 90-minute "experience" involve interacting with a cast of security guards, museum staff, investigators and suspects. Dates are May 6-9 in Fayetteville, May 13-16 in Rogers and May 20-23 in Bentonville, starting every 30 minutes, 6-8:15 p.m. Thursday-Friday, from 2-4:15 p.m. and 5:30-8:15 p.m. Saturday and 2-3:30 p.m. and 5-6:30 p.m. Sunday. Tickets are $25-30 plus applicable fees.

And for a $10 entry fee, Arkansas photographers can enter up to three photos in the Artosphere Festival Photography Competition, with the theme "Arts and Nature," including, but not limited to, nature and landscape photos, images that show rhythm or patterns in nature or performers in a natural setting. Deadline to enter is April 23. Rebecca Drolen, assistant professor of photography at the University of Arkansas, will judge the entries on composition, originality, technical excellence and variety, selecting finalists by May 3. The community will be able to vote via social media for their favorite photo through May 7. Announced May 10: one winner of a cash grand prize of $150 and as a People's Choice winner of two tickets to a performance of "Art Heist" May 20-23. Complete competition rules, important dates and requirements can be found at tinyurl.com/2tz2399v.