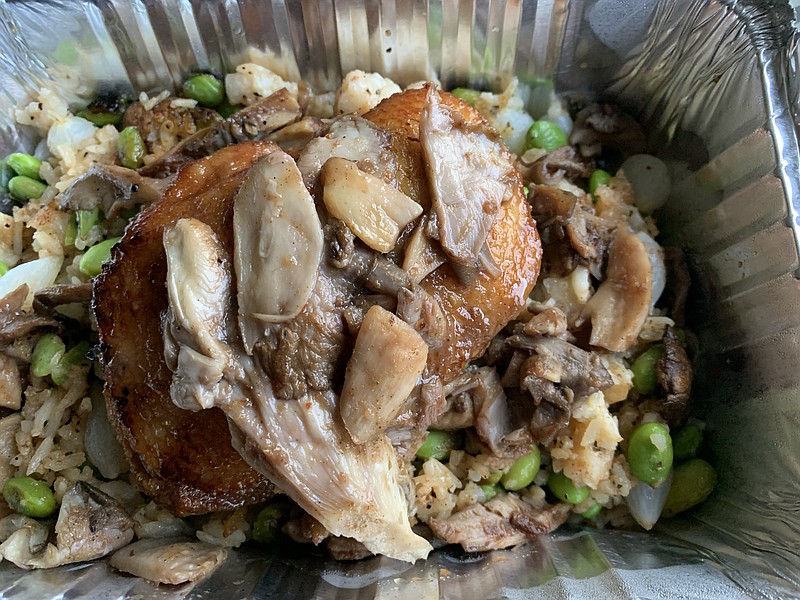 After we reported last week that some kind of work was in progress at the former IHOP at 11501 Maumelle Blvd., North Little Rock, although the North Little Rock Planning Commission told us it had not issued a building permit for that address, we got a call from Marty Gunaca, franchisee for most of Arkansas' IHOPs and owner of the one on Maumelle Boulevard, to clear up the mystery.

While the restaurant has been closed during the pandemic, in the aftermath of that February freeze the building's fire sprinkler system burst, dumping 2 feet of water on the floor and every other surface. What has been taking place has been demolition work to clean up the mess and to dispose of the wreckage — the reason there have been dumpsters parked out front — and it also explains why it has not been necessary to obtain a building permit.

Meanwhile, without going into any detail, Gunaca told us that he and some partners are working on what he calls a food and beverage concept "unique to the Maumelle-North Little Rock area" for that space. What we know so far: It is not going to be an IHOP; it will focus on meals other than breakfast; and it will likely involve a bar.

We've been remiss in getting out the word on the new menu at South on Main, 1304 Main St., Little Rock, which features four Southern-style entrees — the Pan Roasted Maple Leaf Farms Breast of Duck has distinct locavore leanings, with locally sourced duck (in a tart cherry glace), Wye Mountain mushrooms and fried Ralston Farms rice. (The others are less specifically sourced — Cider Brined Berkshire Pork Loin with sweet tea glaze, soybean peanut succotash, smoked tomato jam and serrano chile vin; SoM Fried Chicken with pimento mac and cheese and sweet 'n' hot chow chow; and Brasserie Steak Frites, a hand-cut 12-ounce ribeye served with house fries, roasted brussels sprouts and a white truffle aioli.) The other menu segments: Between Two Buns, a selection of burgers and sandwiches; Butcher & Field, pairing meat and fish items "from the butcher" with side items "from the field"; "Snacks & Shareables"; and "Soups & Salads," including a creamy, almost bisque-like seasonal gazpacho. Find the full menu on the Facebook page, facebook.com/SouthonMainLR; the phone number is (501) 244-9660 and the website is southonmain.com.

Another indication that restaurateurs are approaching with caution the lifting of mandated covid-19 limitations on capacity and mask-wearing comes in this shared March 26 Facebook post from Hill Station, 2712 Kavanaugh Blvd., Little Rock and HAM Market, 2807 Kavanaugh, Hillcrest neighbors commonly owned by Daniel Bryant: "Your patience with the safety protocols and understanding of the daily challenges this virus has brought with it will always be remembered. Moving forward, it appears the mask mandate will likely be allowed to expire at the end of the month. We are pleased the numbers have retreated to the point Gov. Hutchinson feels he can return some of the responsibility to us as individuals. However, for your safety and that of our employees, the best path for us, for the time being, is to continue our current safety protocols beyond that date. This includes staff and guests socially distancing and wearing masks to their tables. Staying diligent a little longer will allow us to monitor the case counts and get the rest of our folks fully vaccinated. We appreciate your patience and cooperation as we look forward to seeing everyone's actual faces again soon."

OrthoArkansas' Ortho Eat and Go, in which food trucks park every second and fourth Thursday on the south lot at 800 Fair Park Blvd., Little Rock, is now set to resume next week — April 8 — with Filipino Munchies, Delta Biscuit, Nach'yo Nachos, Wangznthings and Cheesecake on Point vending 11 a.m.-1:30 p.m. (or until they sell out). Keep track of the schedule and which trucks will be vending during what times at orthoarkansas.com/eat-and-go.

Hard on the heels of our report last week that Tulsa-based Flynn Restaurant Group LLC would be remodeling Arby's restaurants in Clarksville, Fort Smith, Greenwood, Russellville and Van Buren, plus three in Oklahoma, came the news that the group had just acquired the franchise on 937 Pizza Huts in 27 states, including 50 locations in 29 Arkansas counties. Also part of the deal with Kansas City-based NPC International: 194 Wendy's restaurants, none of them in Arkansas. Flynn also holds Applebee's, Panera Bread and Taco Bell franchises. The deal with NPC nearly doubles the number of restaurants the group controls. Visit flynnrestaurantgroup.com.

And in the nostra maxima culpa department, we mistakenly in last week's column identified the Sunday just past, which, of course, was Palm Sunday, as Easter. Easter is, of course, this coming Sunday.