Benton resident to appear on 'Naked and Afraid' 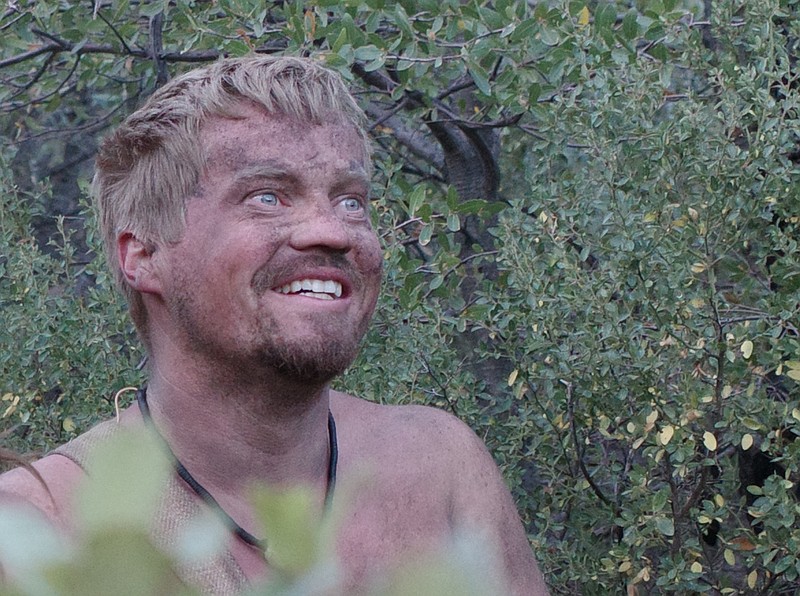 Matthew Garland, a Benton resident will appear on Discovery's 'Naked and Afraid' on Sunday.

His primary concern is how he’s going to find a water source in the arid lands of Arizona, where he and a partner will spend up to 14 days testing his survival skills on Discovery’s “Naked and Afraid.”

A third-generation Eagle Scout, Garland wanted the chance to compete for himself after years as a “couch critic” telling his wife and friends that he could do better than the other competitors, he said.

“My wife [Kelsey] called my bluff,” he said. “Enough people heard me say things about the show, they encouraged me to do it.”

He showed his friends things they could eat in the wild and how to start a fire, and they ramped up their encouragement. His wife sent in his application.

“I always felt like I could handle a challenge like this, from watching it on the TV,” Garland noted.

His father was a former member of a SWAT team, giving him a unique spin on survival, Garland said. He added that his family always took scouting very seriously.

Garland didn’t grow up hunting, but his father routinely showed him different ways to hunt and survive. He also has attended many of the Boy Scouts' high-adventure bases, he said.

Garland is a member of the Order of the Arrow, a Boy Scouts of America honor society, that he said takes scouting a bit further into survival.

“I enjoyed pushing myself and learning different things of grassroots of humans, how we survived and thrived over the years,” he said.

His biggest complaint before competing was “why are they just laying around?”

After competing, he said, “The exhaustion is overwhelming, that’s one thing I’ll never criticize again on the show when someone’s taking a break.”

Garland showed up with a single tool.

“You have to work for everything,” he said, adding that making rope turns into a hours-long process just to get several yards of cord.

Not having shoes made simple tasks increasingly more challenging, he said. The rapid swings in temperature as the sun went down were also a challenge. During the day, the heat would take everything out of him, Garland said. As someone with fair skin, he was constantly risking sunburn throughout the day.

For the most part, he and his partner got along — apart from one incident in which his partner made a decision that, Garland said, could have gotten them removed from the competition.

Garland said the situation probably could have been avoided entirely, had he and his partner just had a conversation.

“Anybody can make wonderful decisions when their belly is full, they’re warm, they’re comfortable. ... When you haven’t eaten in four or five days, you have been extremely sleep-deprived, that’s when mistakes start getting made, ideas stop flowing,” he said.

His top request after the adventure was complete was Slim Jims and bananas — and, of course, water.

When he got home, he had a bacon cheeseburger from his brother-in-law’s restaurant and his grandmother’s red velvet cake, which he said he regularly dreamt about during his time away.

Garland’s son recently turned 1 year old, and he said he’s excited to begin teaching him survival skills when he is old enough to understand.

An unexpected benefit of going on the show, Garland said, is kicking his normal two-coffee-a-day caffeine habit. He quit caffeine in preparation for the adventure to avoid potential caffeine withdrawals and headaches. After the show, he never picked it back up.

He said he would not hesitate to be on the show again if given the opportunity.

“I said from the moment I applied, ‘I want to set the record’,” he said. “Right now it’s 60 days, and I want to go farther. I want to do some things that haven’t been done on the show.”

His episode of “Naked and Afraid” will premiere at 7 p.m. CT Sunday, April 4, on the Discovery Channel. The show is currently streaming on discovery+, where viewers will also be able to watch Garland's episode.

CORRECTION: Matthew Garland spent 14 days testing his survival skills on Discovery’s “Naked and Afraid.” An earlier version of this story had an incorrect number of days.