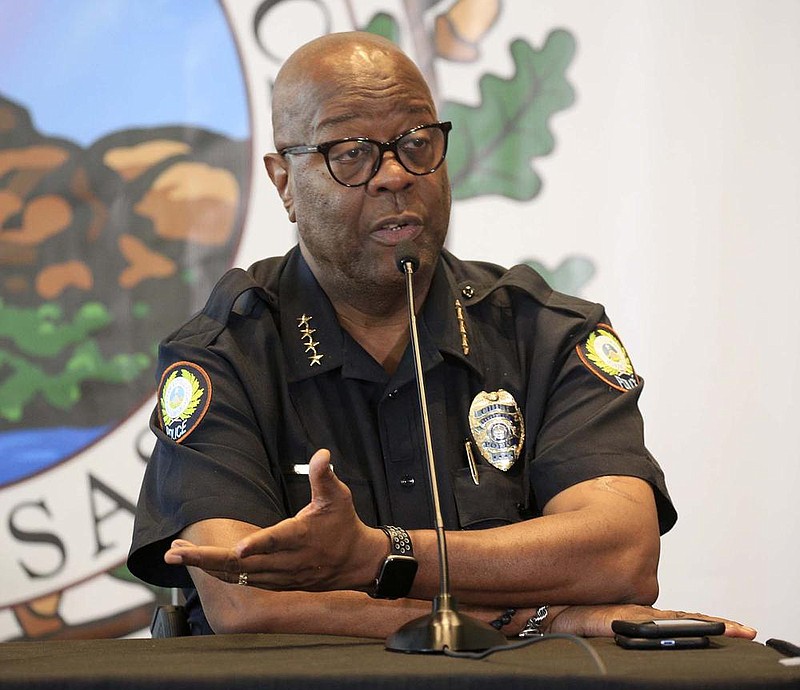 Speaking to members of the Little Rock branch of the NAACP in a virtual meeting, Humphrey said the city is not violent, and cities that are violent do not experience the growth that Little Rock has.

"This is a safe city," Humphrey said. "Don't let anybody tell y'all anything different. This is not a violent city, and it's very disheartening when I hear people say that."

Humphrey said violence in Little Rock can be mainly attributed to a lack of good conflict resolution that would prevent acts of violence.

"We are working on a long-term conflict resolution forum," Humphrey said.

While Little Rock's total crime rate decreased 12% in 2020, the violent crime rate jumped 21% with more homicides and aggravated assaults than any of the previous 10 years.

In March, the city's parks took center stage when a 10-year-old girl was shot and killed while out with her family at Boyle Park, and a week later a man was seen with an AK-47-style rifle at Murray Park.

Several members of the city's Board of Directors told the chief Tuesday they were displeased over the violence in the city when Humphrey discussed what the Police Department was doing to combat crime.

Lance Hines, a longtime critic of the chief, told Mayor Frank Scott Jr. and Humphrey that just because crime is up everywhere in the county during the pandemic doesn't give them an excuse for crime to be up in Little Rock.

Hines said he and many of his fellow board members are tired of hearing excuses from Humphrey.

"The biggest thing that stood out to me with the chief the other night is that the people he talks to don't feel like ... Little Rock is a dangerous place. He is out of touch if he thinks that, and you can quote me on that. Because I can tell you what I am hearing every day, not just from my constituents, but people I talk to every day that live and work in city of Little Rock, they don't feel safe. ... It's just a general sense of lawlessness."

Humphrey said during the NAACP meeting that a new ordinance or statute will not do much good in lowering crime.

"It's a group effort," Humphrey said Thursday. "We can't arrest our way out of everything. The other night I was talking to the board of directors. Some of them didn't like some of the things I said, I'm just an honest person."

Humphrey said law enforcement needs to work with the judicial system and corrections to have any impact on the crime rate.

"The criminal justice system is a three-pronged fork," Humphrey said. "One prong is law enforcement. The middle prong is the judicial system, and the final prong is corrections. All three of those have to go together in order to reduce crime."

Humphrey said many times the suspects in violent crimes are just released, especially during the covid-19 pandemic.

Humphrey said he "did not want to point the finger," but people being released from the jails and prisons because of covid-19 accounted for an increase in crime.

Humphrey said the city has arrested 15 of the most violent criminals in the city, but they keep being released.