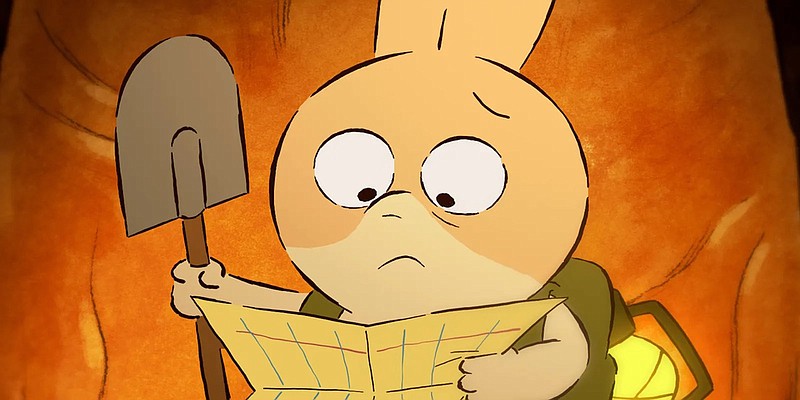 A brown bunny attempts to excavate her dream home in Pixar’s 6-minute long “Burrow,” one of the favorites to win this year’s Oscar for best animated short. All the Oscar-nominated short films are getting a theatrical release starting today.

One of my favorite stories about Old Hollywood is that producer David O. Selznick and MGM boss Louis B. Mayer were arguing about how long "Gone With the Wind" should be. Selznick's team had adapted Margaret Mitchell's doorstop of a novel, and the mogul understandably wanted a shorter film that could play more times during the day so that both men could make more money.

They turned to fellow producer Samuel Goldwyn ("Wuthering Heights," "The Best Years of Our Lives") and asked him, "How long is a good movie?" (Incidentally, Goldwyn was the "G" in MGM, Mayer was the second "M.")

Goldwyn emigrated from Poland and was as famous for his, um, reworkings of the English language as he was for his movies. He once advised, "Keep a stiff upper chin" and "You've got to take the bitter with the sour." But for this question, his answer was both eloquent and correct.

I bring up that story, which I hope is true, about one of the longest mainstream movies ever made because some of the best films I've covered in my 30 years of criticism have run far shorter than 90 minutes.

For example, the charming short "Hair Love" lessened the agony of watching one of my favorite video games being defaced by "Angry Birds 2." It was more fun watching a father struggling to master his daughter's unruly mane than seeing a feature film that tried to bend a cellphone game to the big screen. The shorter film also had deeper characters and more heart. It doesn't take much effort to guess which film got a little gold man.

Short films are often what breaks participants in Oscar pools because, until fairly recently, they've often been hard to find. The Riverdale 10 is remedying that problem by presenting showcases for the nominated short live-action films, animated movies and documentaries. Before deadline, I was able to catch four of the five animated shorts and all five documentaries. (I plan to get around to the live-action fiction program -- "Feeling Through" (directed by Doug Roland), "The Letter Room" (directed by Elvira Lind and starring Oscar Isaac), "The Present" (Farah Nabulsi), "Two Distant Strangers" (Travon Free and Martin Desmond Roe) and "White Eye" (Tomer Sushan) -- this weekend.)

It's a shame that I haven't had the chance to sample Pixar veteran Erick Oh's "Opera" in time, but the other four offerings are intriguing and make a good palate cleanser after the documentaries. That doesn't mean these movies are necessarily light or the sort of things you can leave children alone to watch. Then again, I remember my brother trying not to be as amused by "Spongebob Squarepants" as his sons were. He failed.

"Burrow" -- As expected, this Pixar/Disney+ offering from Madeline Sharafian is the most conventional shot of the bunch, but it's still charming. A sad-eyed bunny is trying to dig an ideal home but keeps encountering a menagerie of subterranean creatures who are already entrenched in their domiciles. The only solution seems to be digging farther, which only leads to more complications. It can be frustrating when all you want is a hole with a bed, a bathroom and a disco. 4/5

"Genius Loci" -- Adrien Mérigeau's French offering seems more like a dream than a narrative as objects, people and animals morph into other things. I'm OK with that. Neighbors in a French residential area start their day, and two Black sisters share a space with their child. One sister spills a glass of water causing a bizarre chain reaction. Soda cans and fast food containers have unexpected contents. It took me a few viewers to take in all that's happening in this film, but the imagination involved is astonishing. Oh, the title is Latin for "the protective spirit of a place." 4.5/5

"Yes-People" -- If the existential themes and French dialogue of "Genius Loci" throw you off, you might have an easier time with the bawdy Icelandic short from Gísli Darri Halldórsson. Like the earlier short, it's set in an apartment complex, and it has subtitles. However, they aren't necessary because the film is dominated by a single word. In this place, "yes" is what you say when a son's recorder playing is unbearable or when an elderly couple want to get frisky. 4/5

The documentaries this year are sobering but courageous films that add some needed depth to understanding our current headlines and our own country's history.

"Colette" -- Colette Marine-Catherine is obviously a tough person. She'd have to be to make it to 90. She seems even more formidable when we learn that she was part of the French resistance. Their struggle has been romanticized, but only 1% of the French population took part in it. That makes her efforts taking down license plates of German vehicles seem especially daring.

That said, she has been understandably wary of visiting the site of the concentration camp where her brother and fellow resister Jean-Pierre, along with 20,000 other prisoners, died. After several years, she joins researcher Lucie Bouble to help make Jean-Pierre more than a name in a list of captives. Bouble provides some support for Colette as she deals with the consequences of her visit. Director Anthony Giacchino movingly reminds us why people like Jean-Pierre must be remembered. 4/5

"A Concerto Is a Conversation" -- Composer and pianist Kris Bowers wrote the score for the Oscar-wining "The Green Book," but the story he tells in this film that he co-directed with Ben Proudfoot is frankly more enlightening and engrossing. Bowers has been successful in the predominantly white world of orchestra music, and he's following in the footsteps of his grandfather Horace. We see the then 91-year-old Horace personally pressing his grandson's suit for the concert, and he's doing an expert job because he owns the place. Horace's path from the Jim Crow South to Los Angeles is full of fascinating, if sometimes heartbreaking, twists. It turns out white Angelino bankers wouldn't loan him money for his business even if white children didn't address him as "boy." He got the loans when he applied by mail and frequently avoided facing customers. He laments, "In the South they tell you; in Los Angeles, they show you."

"A Concerto Is a Conversation" features stylish visuals that match Kris' tunes and Horace's clothes. The steam coming from the presses takes on an almost mystical quality. 5/5

"Do Not Split" -- It's often a sign of quality cinema if the government in Beijing condemns a movie. Zhang Yimou's "Ju Dou" and "Raise the Red Lantern" are now classics, and he's the country's most revered filmmaker, but that didn't stop authorities from hating his films in the 1990s.

Director Anders Hammer follows Hong Kong student protesters who are raising hell in 2019 and 2020 because they object to a new process that sends all suspects to the Chinese mainland for trial. It's hard to expect a fair hearing when the country's conviction rate is 99%. If police beatings and teargas don't scare off the protesters, the prospect of spending 30 years in prison might. It's striking how these young people are risking their futures to defend democratic principles. Hammer is in the streets with them capturing the local cops beating bystanders as well as the activists. 5/5

"Hunger Ward" -- Sometimes the most harrowing casualties of war are only partially related to bullets or bombs. The civil war in Yemen has resulted in chronic food shortages, and children are the victims. Dr. Aida Alsadeeq and nurse Mekkia Mahdi struggle each day to save the boys and girls who arrive at their therapeutic feeding centers (TFCs). To say the two are often exhausted and frustrated is an understatement. One 10-year-old girl, Omeima, arrives weighing only 20 pounds. The two manage to save her, but the struggle is continual. Director Skye Fitzgerald includes a minimal amount of footage relating to the bombing, but what she reveals is terrifying. The war in Yemen has been part of a power struggles involving the U.S.-backed Saudis and other Middle Eastern players. Understandably, Alsadeeq and Mahdi are indifferent of whom the victor will be. The war itself is the enemy. 5/5

"A Love Song for Latasha" -- For people who knew her, 15-year-old Latasha Harlins was a model student who protected her peers from bullies and who excelled at her studies. Despite the death of her mother, Latasha was eager to study law, but she died when a trigger-happy store clerk shot her in the back of the head after falsely accusing her of stealing a $1.79 bottle of orange juice. Her killer was convicted of voluntary manslaughter but never served jail time. As director Sophia Nahli Allison reveals, the Rodney King beating was less of a flashpoint and more of a final straw that led to the L.A. riots. Working with memories from her friends, Allison makes Latasha become more than a simple statistic. 4.5/5 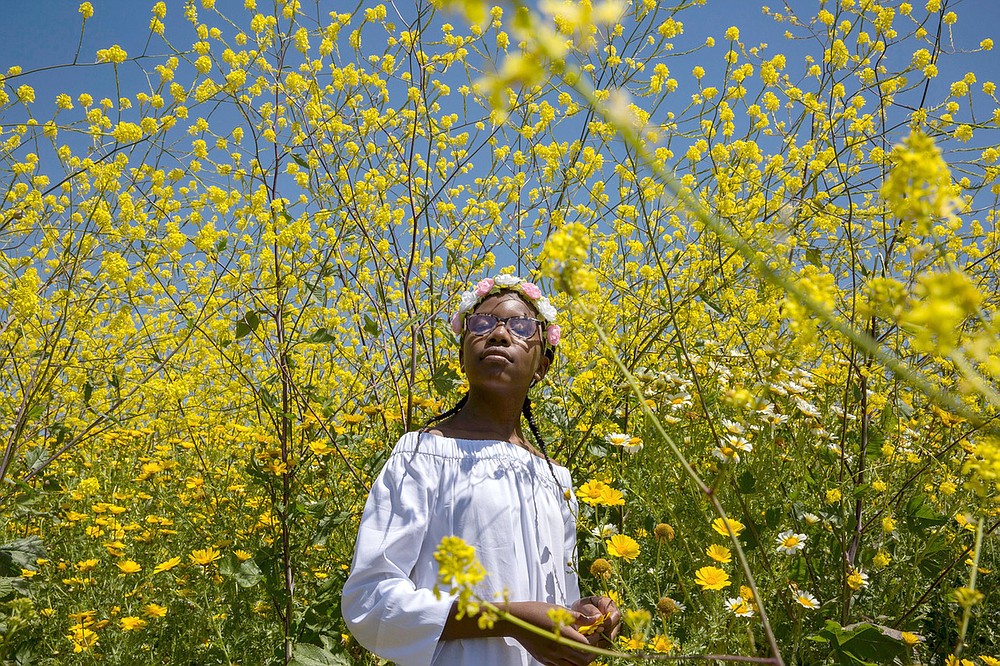 The Oscar-nominated short documentary “A Love Song for Latasha” celebrates the life of a 15-year-old girl from South Central Los Angeles who was shot to death during the Los Angeles uprisings of 1992. 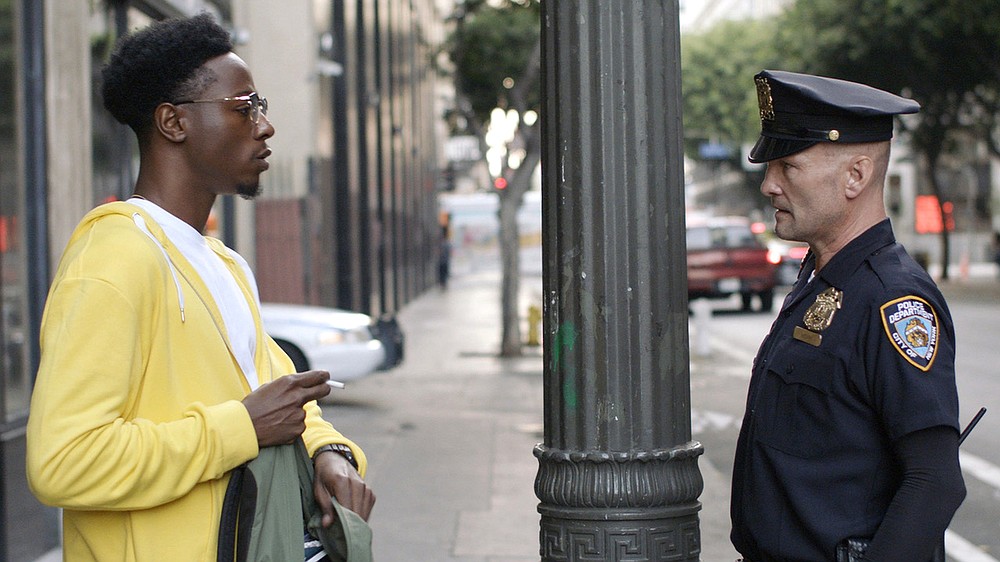 The Oscar-nominated short film “Two Distant Strangers” tells the story of cartoonist Carter (Joey Badas$$) trying to get home to his dog while being repeatedly thwarted by a racist cop (Andrew Howard).
ADVERTISEMENT