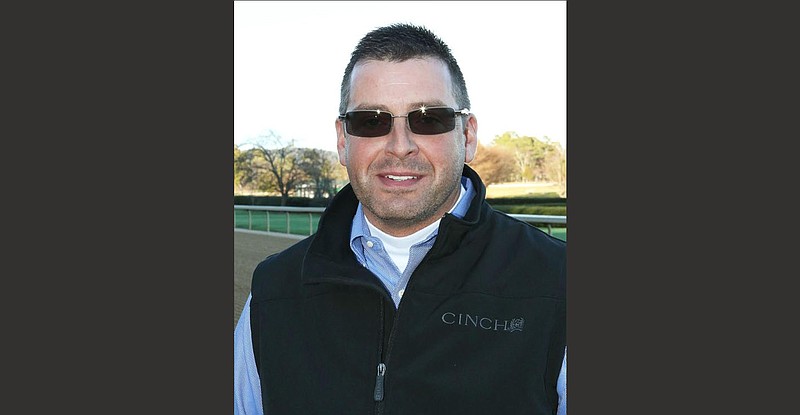 HOT SPRINGS -- With many of their connections spread across the horse racing landscape, seven 3-year-old fillies are entered to race in Oaklawn's Grade III $600,000 Fantasy Stakes today.

Oaklawn's feature races will contend for attention with three Kentucky Derby qualifiers elsewhere, two of which have attracted trainers and jockeys connected to Fantasy entrants. Horses will race for Derby points today in the Grade I Santa Anita Derby in California, the Grade II Blue Grass Stakes at Keeneland in Lexington, Ky., and the Grade II Wood Memorial at Aqueduct in New York. All three will distribute 170 Derby qualifying points.

Jockey David Cohen chose to ride Keepmeinmind instead of Ava's Grace, a filly who has yet to race beyond 6 1/2 furlongs. Cohen said he is confident Ava's Grace will fit with the Fantasy field.

"She always shows she wants to go longer, especially in workouts, but more so just the way she just wants to settle," he said. "The more time you give her to settle seems to be best for her. Hopefully, the distance for her isn't an issue. I think the style of a longer race will fit her better."

Diodoro said he thought from the start Ava's Grace would excel in route races.

"Right from Day One, we always thought she was a two-turn filly," Diodoro said. "Just the way she trains and gallops out after races and works, she looked like a two-turn horse."

"Our plan is, we're going to be the pace," Diodoro said. "First time going around two turns, our plan is to be on the lead."

Fans at Oaklawn likely will watch those televised races before and after the Fantasy. Asmussen will certainly watch the Fantasy and Pauline's Pearl first. A daughter of Tapit, Pauline's Pearl is the 9-5 program favorite and currently ranked 14th on the Kentucky Oaks points list with the 20 she earned for her second-place finish in Oaklawn's Honeybee Stakes on March 6.

There are 14 stalls in the Kentucky Oaks starting gate. The race at Churchill Downs in Louisville, Ky., is scheduled for April 30.

Sun Path, the 2-1 morning-line second choice by Munnings, was ridden by Joe Talamo to a third-place finish in the Honeybee, three-quarters of a length behind Pauline's Pearl.

Talamo said every Fantasy entrant is a legitimate contender, but he likes Sun Path's chance best.

"I think she has a real good shot," Talamo said.

"On paper, it's a pretty wide-open race, really," Talamo said. "Numbers-wise, Sun Path, she's run some pretty big races. If she goes back to any one of those, she should be right there."

Diodoro plans to watch his potential Fantasy front-runner on TV after Keepmeinmind tends to his final shot at 3-year-old immortality.

The first turn of heads toward Keepmeinmind, a late closer by Laoban, came at Keeneland, where he finished second as a 2-year-old in the Grade I Breeders' Futurity and third in the Breeder's Cup Juvenile last fall. Consequently, the Blue Grass was an easy choice for his next start.

"He's run well over the track," Diodoro said. "Oaklawn's track has been playing very speed-biased most of the year. We know he likes Keeneland, so that was a big part of [my decision]."