Matthews continues her roll at Augusta 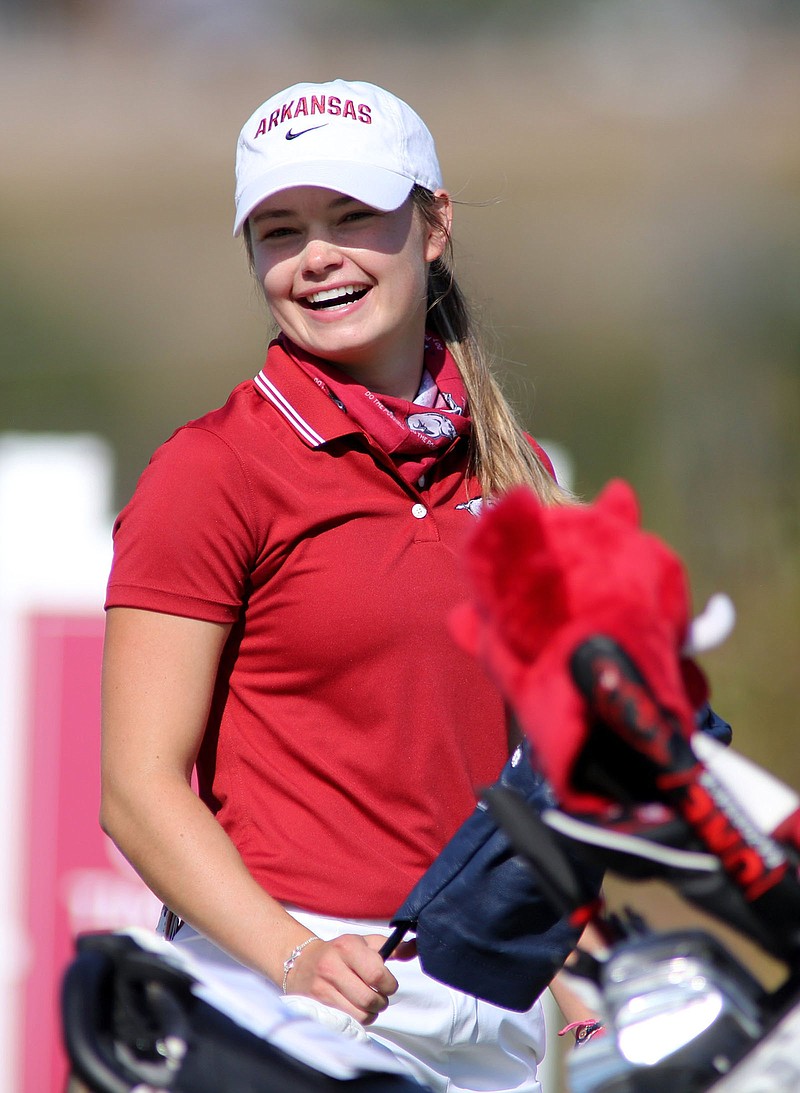 FAYETTEVILLE -- University of Arkansas golfer Brooke Matthews is within striking distance for the final round of the Augusta National Women's Amateur tournament starting today at 7 a.m. at Augusta National in Georgia.

Matthews moved up 11 places in chilly, windy conditions with a second-round score of 2-over 74 on Thursday at the Champions Retreat course to make the 30-player final cut.

The junior from Rogers is in a four-way tie for 17th place, six strokes behind co-leaders Ingrid Lindblad and Rose Zhang. Lindblad, of Sweden and LSU, is the No. 4 amateur in the world and the reigning SEC player of the year. The 17-year-old Zhang of the United States is the reigning U.S. Women's Amateur champion and the world's No. 1 amateur.

The final 30 played a practice round at Augusta National on Friday in preparation for today's final round.

Matthews has had a stellar 2020-21 season, starting with winning medalist honors at the Blessings Collegiate Invitational by five shots over Lindblad. The inaugural tournament, won by Arkansas in October, was the first collegiate event available for SEC golfers after the onset of the coronavirus pandemic.

In the UA's next event, hosted by Mississippi State at Old Waverly in West Point, Miss., Matthews placed second. Last month, Matthews earned a spot on the USA's Arnold Palmer Cup team, which will compete June 11-13 at Rich Harvest Farms in Illinois.

Another former Razorback made a splash in April 2019 at the inaugural Augusta National Women's Amateur, whose final round at Augusta National represented the first women's tournament held at the prestigious venue. Maria Fassi and Wake Forest's Jennifer Kupcho dueled down the stretch in a display of camaraderie that made national headlines. Kupcho won that event with a late rally, but Fassi won admirers with her generous sportsmanship and went on to defeat Kupcho at the NCAA Championships at Blessings Golf Club the next month.

WHAT Final round (begins at 7 a.m. Central)