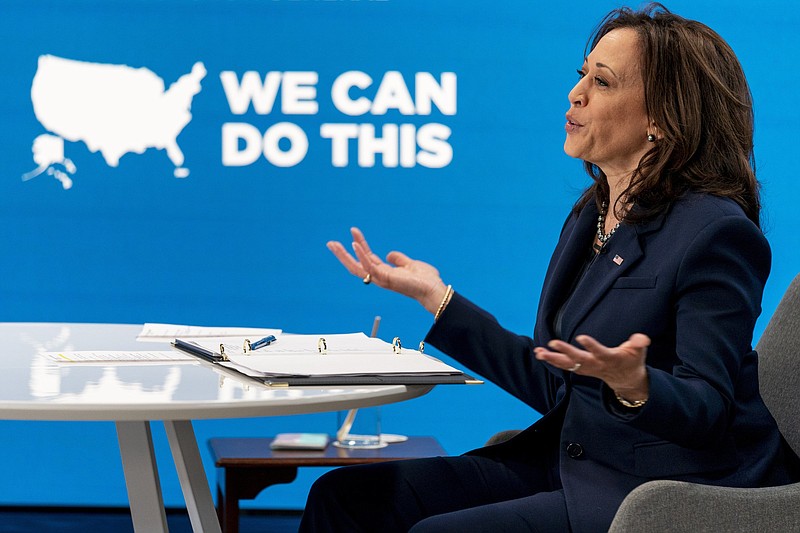 • After more than two months of living in temporary housing, Vice President Kamala Harris will soon be able to unpack and unwind at her official residence on the grounds of the U.S. Naval Observatory. Symone Sanders, senior adviser and chief spokesperson for the vice president, tweeted Thursday that Harris and her husband, Doug Emhoff, are expected to move into the official vice presidential residence on Massachusetts Avenue in northwest Washington next week after some repairs are completed. Sanders did not provide a specific day. The repairs included maintenance on the heating, ventilation and air-conditioning system, replacing chimney liners and refurbishing some of the hardwood floors in the 19th-century Victorian-era house, Sanders said. Officials had said it would be easier to do the work while the house was unoccupied after former Vice President Mike Pence and his wife moved out. Harris and Emhoff have spent the months since her inauguration on Jan. 20 living temporarily at Blair House, the president's official guest residence on Pennsylvania Avenue, across from the White House. Harris, a former U.S. senator from California, and her husband, flew home to Los Angeles on Thursday with plans to remain there through Easter. Harris has public events Monday in Oakland, Calif., and Tuesday in Chicago before her scheduled return to Washington later Tuesday evening.

• Reporters traveling with first lady Jill Biden got an April Fools' Day surprise on their flight back from California to Washington on Thursday. During meal service, a flight attendant with a "Jasmine" name tag handed out Dove ice cream bars. She wore a black mask and a black pantsuit and had short black hair. A few minutes later, "Jasmine" reemerged without the wig -- revealing herself to be Jill Biden, laughing and proclaiming, "April Fools!" The first lady's aides told reporters that they were just as surprised to discover the true identity of "Jasmine." In her 2019 memoir, "Where the Light Enters," Biden admitted she enjoys playing pranks. When her husband was vice president during the Obama administration, she once hid in an overhead bin on Air Force Two, frightening the first person who was unlucky enough to try to pack his luggage there. "I've always believed you've got to steal the joyful moments when you can," she wrote. 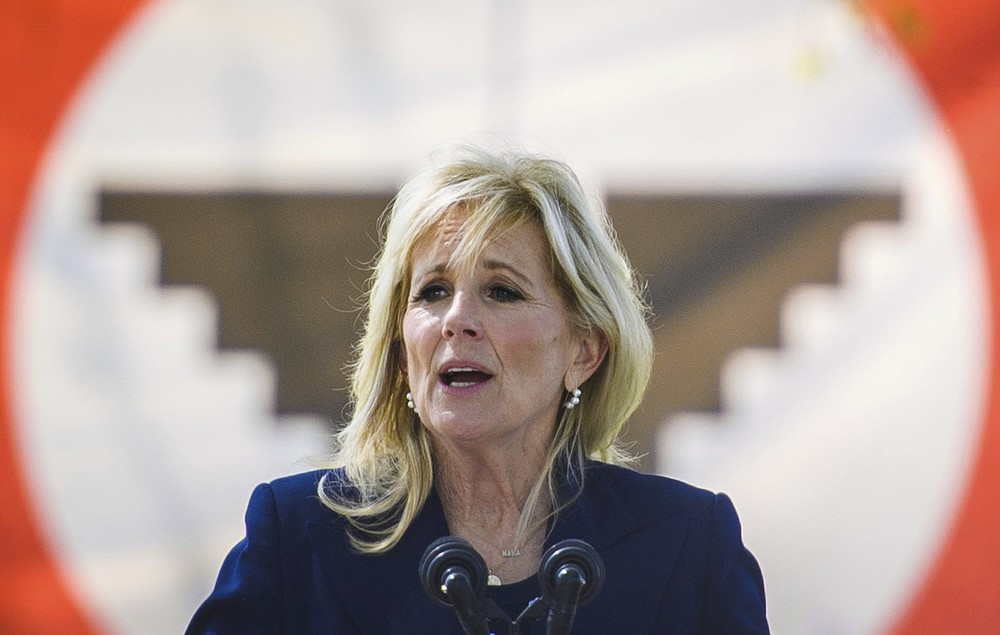