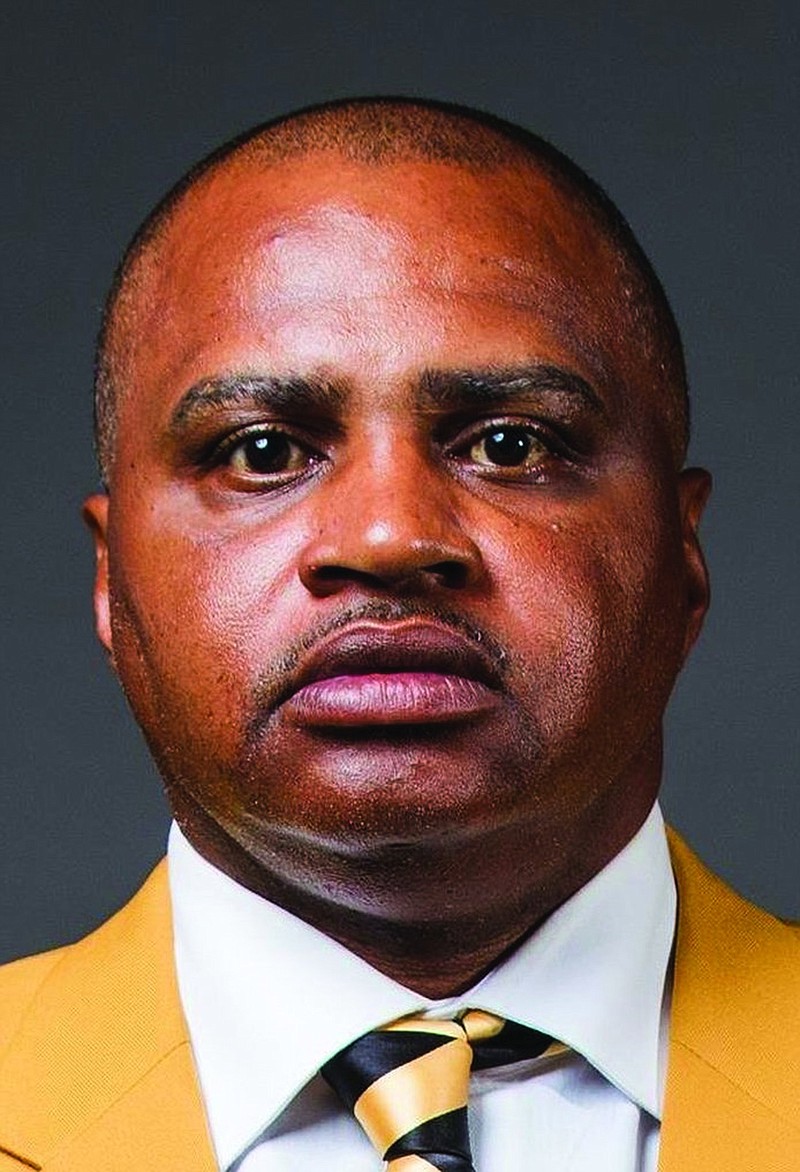 The University of Arkansas-Pine Bluff didn't get much accomplished last weekend after inclement weather forced its game with Alabama State to be called off in the second quarter.

That may not have been such a bad thing because the pointer is still shifted in the Golden Lions' direction.

"You can only control the controllables," UAPB Coach Doc Gamble said. "The only thing you can control is what you can control, and of course we can't control Mother Nature."

The grip UAPB (2-0, 2-0) has in the division was neither loosened or strengthened when its home opener was ruled a no-contest when heavy rain, lightning and tornado sirens caused a stoppage at Simmons Bank Field. The game with Alabama State was also the only one scheduled last week within the conference.

UAPB can regain its momentum today when it crosses state lines to play Mississippi Valley State (1-1, 1-1) at 3 p.m. inside Rice-Totten Stadium in Itta Bena, Miss.

The Golden Lions have won four of the past seven matchups with the Delta Devils, lead the overall series 27-23-1, and took a 38-6 decision the last time they met in 2019. The last two times UAPB has played at Mississippi Valley State, the games have gone into overtime, with each winning one.

The Delta Devils, who picked up a forfeit victory over Alcorn State after the Braves opted out of the spring season just two weeks before the season began, haven't played since losing at Jackson State 43-7 on March 14.

Gamble said playing Mississippi Valley State on its home turf won't be easy regardless. The Golden Lions also don't have much to go on in terms of scouting.

"It's one of the toughest places to play on the road in the SWAC," he said. "They haven't played in three weeks. The only video we've got to really watch is the game against Jackson State. From the looks of things, they're sound and well-coached."

The Delta Devils had little success the last time they played the Golden Lions when they turned the ball over three times and were held under 300 yards of offense. In its season opener three weeks ago, Mississippi Valley State again had trouble moving the ball consistently (270 yards of offense) and committed four turnovers, including three fumbles. The Delta Devils' only score came on an 11-yard touchdown run from quarterback Jalani Eason.

What concerns Dancy more than anything is UAPB's special teams.

"Coach Gamble does a great job of preparing his team in all three phases of the game," Dancy said. "I think they've taken advantage of most teams, especially in the special teams phase of the game. Those guys have been able to capitalize and score points in that area. They are the aggressor, and they've been that way for the past three games they've played.

Dancy is putting a lot of stock into his team coming out fast in its home opener.

"We'll get a chance to play in front of some fans," he said. "I think our kids are excited about it. They haven't played in a long time, especially at home. This is our home field, the field that we practice on. So our guys should be very excited to play."

The Golden Lions are also eager to play again after what transpired seven days ago. UAPB has three games left, with the final two being played at home.

There is a bit of uncertainty hovering around its division contest against Prairie View A&M on April 17 after the Panthers paused all activities this week because of covid-19-related issues. The Golden Lions will play Texas Southern on April 24 in the regular-season finale.

"We say that we've got one-game seasons right now," he said. "The only thing that matters is Mississippi Valley, and that's the only thing we talk about. We don't want to look forward to anything else down the road.

"We always say, 'Hey, get to the next day, and the next day, get to game day.' So that's what we're looking forward to doing, and that's the only thing on our minds right now."