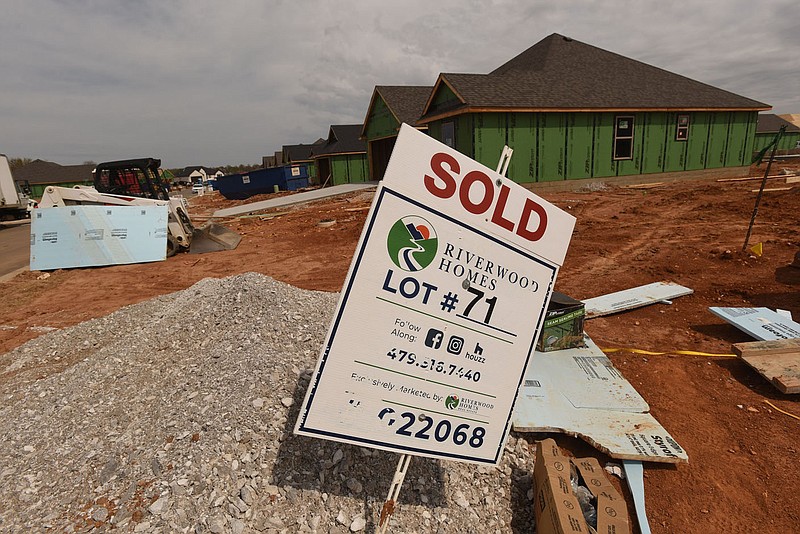 The four largest cities in Northwest Arkansas are projected to expand by 80,000 households by 2040. High home prices and low inventory of houses for sale already put home ownership out of reach for many people in the region.

The cost of a home last year averaged $293,403 in Benton County and $268,987 in Washington County, according to the latest Arvest Bank Skyline Report.

To substantially increase affordable housing, the region will need to either subsidize the profits of private developers or funnel money through nonprofit groups, officials say.

But, the Arkansas Constitution limits what cities can do to encourage affordable housing, said Mark Hayes, executive director of the Arkansas Municipal League. It prohibits cities from handing a developer money to build a housing project, for instance.

Cities can offer to build infrastructure such as streets and sewer lines, and waive or lower fees and regulations, but those efforts are small compared with the overall cost of building a development, city officials and developers say.

And the few programs that exist to help are too underfunded to make a dent, developers said.

There is some wiggle room for cities to enter into contracts for services for housing projects, but what taxpayers would receive in return would have to be clearly defined, Hayes said.

Public-private partnerships also can address some issues, he said.

About 180 cities in the nation have some form of rent control, meaning ordinances that set price ceilings or cap annual rent increases at certain percentages, according to the Urban Institute, a national nonprofit research organization.

Arkansas law likely would prohibit such a measure, Hayes said.

The program supports residential developments that offer lower rents for lower-income people, said Bryan Scoggins, the authority's president. Lower rents mean less profit for the developers, so the program provides specialized financing to make the projects viable, he said. Property owners receive the credits annually for 10 years and agree to keep rent low for a certain number of units for at least 30 years.

Another state program gives loans from the federal Home Investment Partnerships Act to authority-approved nonprofits, cities and counties. Recipients can use the money to build housing for low-income families or rehabilitate buildings.

A fourth, smaller program through the Development Finance Authority makes tax-exempt bonds available to developers to finance construction of apartments. The developer is required to set aside a certain number of units for low- and moderate-income families in exchange for below-market interest rate financing.

That program doesn't cover the costs of an entire project, however, so other funding sources are needed to keep rents low, said Jim Petty, a developer from Van Buren.

These programs are the bulk of what's available in government programs, Scoggins said. The programs come from the federal government and are administered through the state. However, there are catches associated with them.

The state has a trust fund for low-income housing, but it has been tapped dry, for instance. The Legislature created the fund in 2009 with $500,000, which was used for projects in Little Rock, Fort Smith and Harrison. The fund has been depleted since.

Petty has headed about 30 affordable housing projects using the Low-Income Housing Tax Credit program. He says the projects most likely to get approved are near grocery stores, schools, parks and other services that would serve low-income, elderly or disabled residents.

Petty is a partner on a housing project in west Fayetteville. The project was approved for the Low-Income Housing tax credit and involves building about 90 units of affordable housing, consisting of duplexes, triplexes and cottage homes. Rent for the units will range from $400 to $700 per month. The target annual household income range for tenants is $29,000 to $68,000.

The programs, as a whole, don't make much of a dent in the shortage of affordable housing in the region, he said. "You just can't make a significant impact with the limited dollars that are available."

Local governmental agencies can find indirect ways to support affordable housing. Cities can give money directly and offer tax breaks to private, for-profit companies to develop or expand, but only for broad economic development purposes, not to developers to build housing.

Fayetteville provided $1 million in 2016 to Partners for Better Housing, a nonprofit developing an 80-home neighborhood on the south part of town. The money paid for infrastructure, such as streets, drainage and water and sewer lines.

Financing is offered for one-third of the neighborhood's homes for people who make 80% below the median family income for the Fayetteville-Springdale-Rogers metropolitan area. The median income for a family of four in Northwest Arkansas is $73,600, according to the U.S. Department of Housing and Urban Development. Eighty percent of that is $58,900.

Partners for Better Housing calls the program Pay it Forward.

Another third of the homes will be reserved for buyers earning 80%-100% of the median income. The final third will be sold to buyers of any income level.

The homes will be sold at market rate, but those who qualify for the Pay it Forward program will be eligible for $35,000 in down-payment assistance that will function like an interest-free loan. The assistance will lower monthly payments.

In turn, the buyer will agree to pay the $35,000 back upon resale or within 30 years. Partners for Better Housing will reserve the first right of refusal if a home is to be sold. Home-value appreciation will be capped at 2% annually to ensure affordability for the next buyer.

The HUD Office of Policy Development and Research promotes such shared-equity programs as a sustainable way to get more people into home ownership.

Programs look a little different across the country, but they all focus on owner-occupancy and long-term affordability, according to the office webpage.

Partners for Better Housing hopes its program in Fayetteville will be replicated across Northwest Arkansas. The concept of shared equity is new in Arkansas, said Tiffany Hudson, the nonprofit's executive director.

Public housing authorities have a little more leeway than do cities because they use federal money. The Fayetteville Housing Authority has a development nonprofit, FHA Development Inc., that it uses to buy and rehabilitate properties. The nonprofit bought within the past year two apartment complexes and leases two others with the option to purchase. It also bought a former motel on North College Avenue in 2019 to house veterans.

Last month, the Walton Family Foundation announced creation of a workforce housing center with the Northwest Arkansas Council. The center's functions are still being fleshed out, but Karen Minkel, the foundation's Home Region program director, said it will get into the weeds seeking solutions.

Another stumbling block for developers are the regulations and policies that some cities put in place. They can inadvertently raise the costs for developers.

Tom Hennelly, vice president of private development with civil engineering and planning firm Crafton Tull in Rogers, pointed to a subdivision approved in Fayetteville last month as an example.

In 2018, Crafton Tull got a preliminary plan approved for Meadows at Stonebridge subdivision near the southeastern city limits. The plan was to build a traditional subdivision, but city requirements to build trail and street connections and plant new trees increased the cost, and the original developer pulled out, Hennelly said.

The property got a new owner, and Hennelly and his team went back to the city's planning staff to find a way to make the project profitable. The planning staff suggested varying the sizes of the residential lots and adding strips of commercial property, increasing the overall density. The increased density made the project work financially, and the Planning Commission approved a zoning plan for it.

The Stonebridge project was unique, Hennelly said. Often, developers get fed up with city regulations and move their projects into the county or to smaller cities where there are fewer regulations, he said.

"It's almost like death by 1,000 pinpricks," Hennelly said. "It's a little bit here and a little bit there, and the next thing you know, your engineering fees have climbed up because of additional permitting, and all that winds up in the price of the house."

Building affordable housing is getting harder, Marquess said. Last year, the cost of lumber, Sheetrock and insulation soared because of covid-19. The higher the cost to build, the higher the sale price must be to make a profit, so more homebuyers are pushed out of the market, he said.

Marquess said any fees that cities can waive or reduce -- such as the impact fees assessed to developers to pay for police, fire, ambulance and other services -- helps, he said.

But, those are minor reductions that won't go a long way in improving the overall affordability of homes, Marquess said. 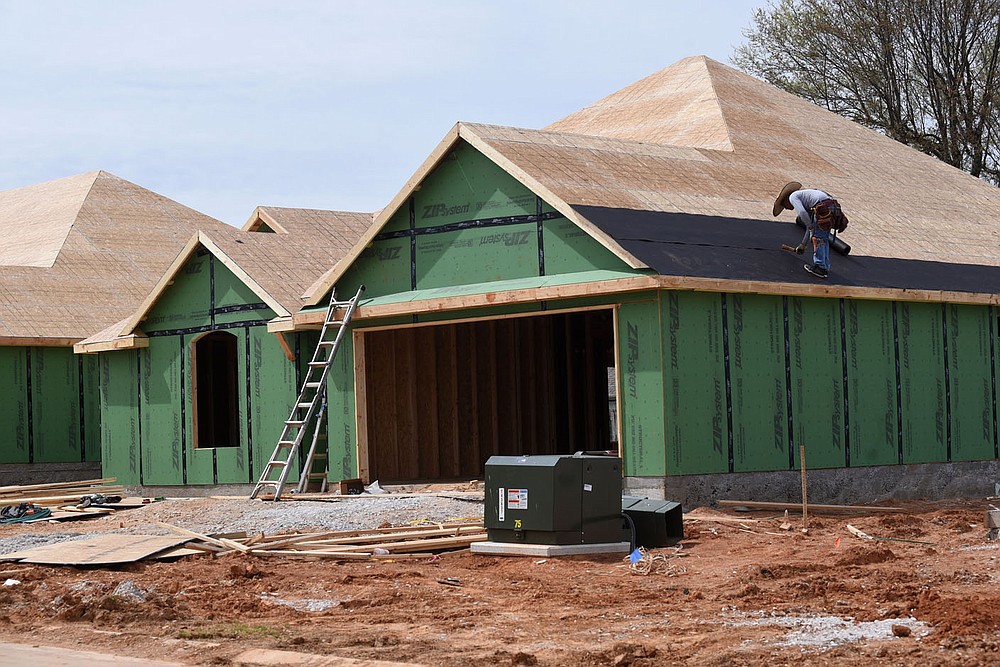 Dozens of homes are under construction at Park View subdivision in Lowell, seen March 30 2021, being built by Riverwood Homes. (NWA Democrat-Gazette/Flip Putthoff) 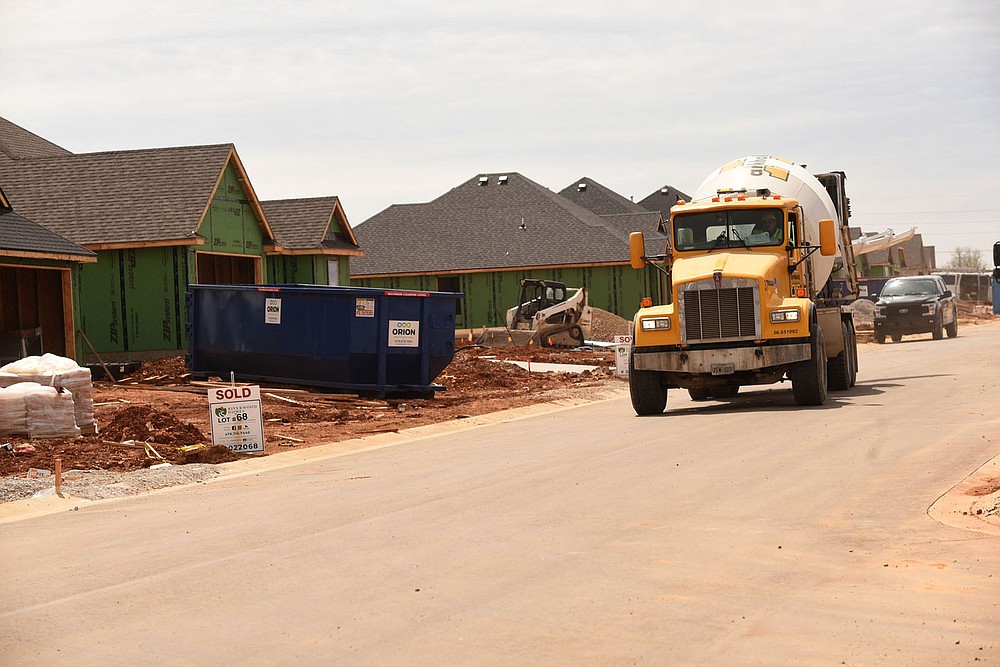 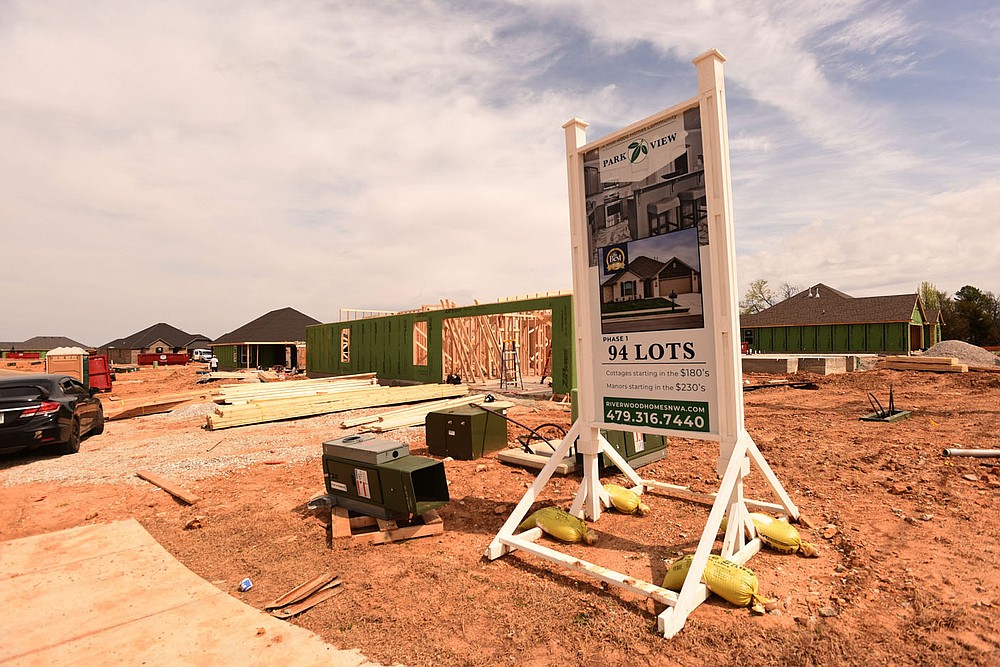 The federal government defines low-income households as those earning below 80% area median income. The Fayetteville-Springdale-Rogers metropolitan area median income is $73,600. Eighty percent per number of people in a household is broken down below: