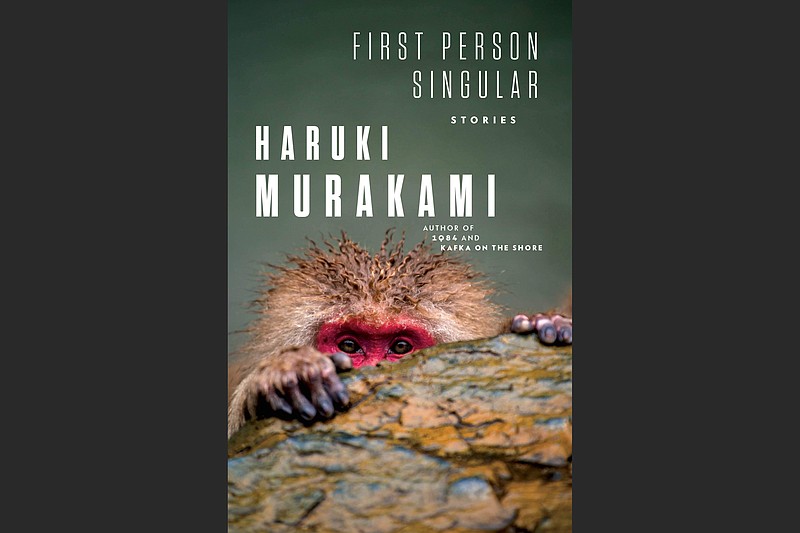 So I don't really read Haruki Murakami, even though over the past 30 years I've read every book I could find with his name on the cover and everything I saw beneath his byline everywhere else.

I very much enjoy what I read, though I agree with Martin Amis that when we say we love an author's work, we're only really talking about a percentage of the author's work, and that every book, every article, almost every sentence is bound to contain words and syllables and punctuation marks that do not thrill us to the bone.

Murakami's work comes to me via the filter of English translators Philip Gabriel, Alfred Birnbaum and Jay Rubin. Ted Goossen has also translated Murakami. There is a woman who translates Murakami into German. I have no direct mind-to-mind communication with Murakami. I only get him filtered through someone else's consciousness.

But Murakami speaks English to teach and lecture in the language; he speaks English "with great sensitivity," Rubin once said — and he wrote his first novel, "Hear the Wind Sing," in English, using the limited vocabulary that was available to him as a non-native speaker, then translated it back into Japanese. This was his breakthrough, the discovery of a voice transposed into a slightly alien key:

"I could only write in simple, short sentences. Which meant that, however complex and numerous the thoughts running around my head, I couldn't even attempt to set them down as they came to me. The language had to be simple, my ideas expressed in an easy-to-understand way, the descriptions stripped of all extraneous fat, the form made compact, everything arranged to fit a container of limited size. The result was a rough, uncultivated kind of prose."

Murakami's latest, a collection of short stories titled "First Person Singular" (Knopf, $28), will be released next week and (surprise) I enjoyed it. I had read three of the seven stories before and one of them — "The Yakult Swallows Poetry Collection" — was so familiar that I thought I had read it before. They all possess Murakami's singular deadpan humor and easygoing fatalism. They're all Murakami-esque stories, full of ordinary, solitary men who are neither brave nor strong nor particularly wise or hopeful about the future.

After watching "Midnight Diner" on Netflix and reading Kikuko Tsumura's just published "There's No Such Thing as an Easy Job," you might wonder if this isn't a trait of Japanese pop culture in general. But Murakami has said that he's far more influenced by American and British fiction than he is by Japanese writers, and while I can't pretend to be completely up to date on Japanese literature, he doesn't sound much like Yukio Mishima to me. (Though, like Mishima, he'd probably vote for preserving "Japanese irrationality.") 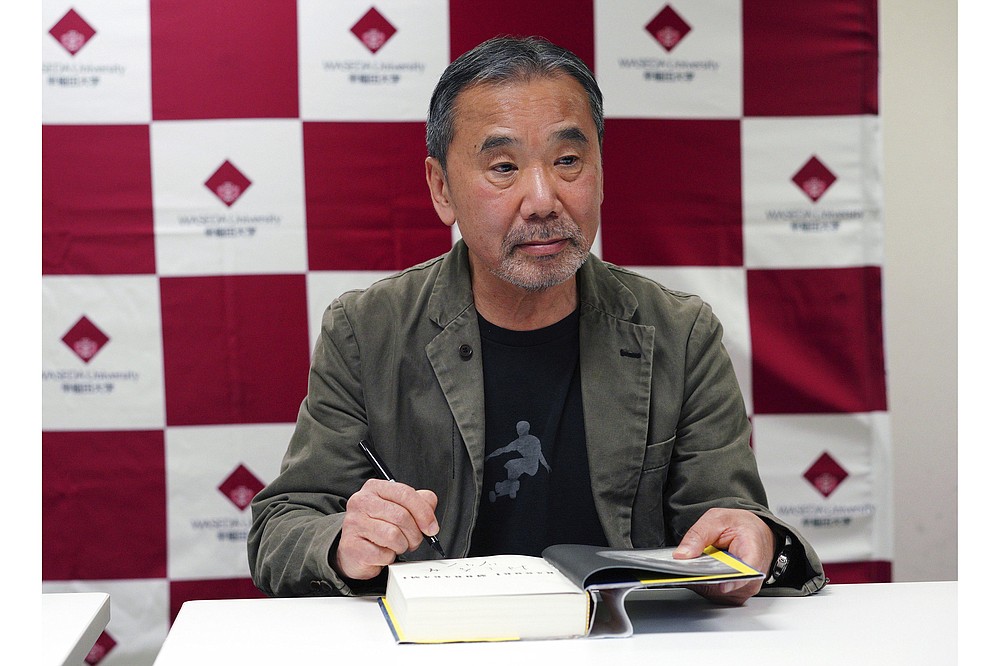 In this 2018 file photo, Japanese novelist Haruki Murakami signs his name on his novel “Killing Commendatore” during a news conference at Waseda University in Tokyo. (AP Photo/Eugene Hoshiko)

Just for the record, his translator Birnbaum has written that Murakami is "the total antithesis of heavy-handed dour pain-in-your-face voices like Kenzaburo Oe, Kobo Abe, Juro Kara, and Kenji Nakagami." So there.

My guess is that Murakami might be a super spreader of this particular sensibility; I recently re-watched Hong Kong director Wong Kar-wai's 1994 film "Chungking Express" and was surprised by how much it reminded me of Murakami's work.

I did a little digging and discovered that it was meant to evoke Murakami, that Wong had essentially written his own version of a Murakami story to film because he thought it would be too expensive to obtain the rights to one. Like most writers with an idiosyncratic voice and a catalog of well-thumbed themes, Murakami is not that difficult to counterfeit.

He's also wildly successful. Why wouldn't we adopt and adapt his wry sensibility with its blend of hangdog and cat-scratch magical realism?

Anyway, the stories in this collection don't always sound promising when you try to explain them in a sentence or two: In "Cream," a young man goes up a mountain to attend a recital by an old music school acquaintance he doesn't feel any real connection to; discovers there's no recital; and is lectured by an old man who tells him he should strive to get the best out of life.

In "On a Stone Pillow," a young man has a meaningless (or is it?) assignation with a young woman who writes poetry that no one remembers. In "Charlie Parker Plays the Bossa Nova," a young man writes an impossible review of a jazz album that was never made, only to discover the album in a record store years later and have the ghost of Charlie Parker visit him in his dreams.

I could go on, pulling the wings off of butterflies, but it's really not funny; it's cruel. "With the Beatles" is an exquisite story about an indelible moment that's both remarkably specific and universally relatable. There are textures of grief and tenderness and a heartbroken talking monkey stealing the names of the women he loves.

In the long run, "First Person Singular" is minor Murakami, a compilation of singles, one-offs and alternate cuts designed to occupy the fans before the next big ambitious album comes out. Kind of like The Who's "Odds and Sods" or The Beatles' "Hey Jude" albums.