From living off pennies to running for governor 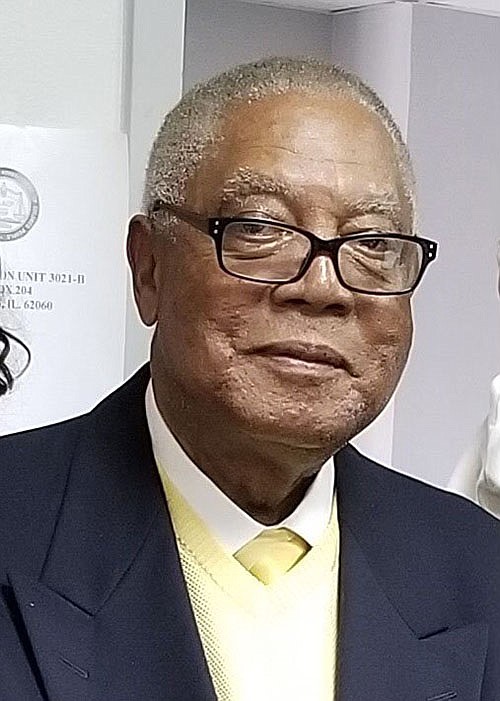 Reginald Jeffery Hampton bought a house when he was just 14 years old, started preaching at 16 and was president of a college by the time he was 30.

Now 85, he has done two stints as president of his alma mater, Shorter College; he has run for governor and he is a published author.

Hampton grew up in Newport and started working in the fields, picking cotton for a penny a pound, when he was 6 or 7.

"I did everything you could do to be independent," he says. "People used to say that I loved money. I loved money, but I hated poverty. I always worked."

Hampton's family moved to Illinois when he was 14, and he went with them but returned to Arkansas on his own. He used money he earned by selling pecans and rags and working in the field to buy his house.

"Back then, the income for a Black person was around $200 a year. For whites it was twice that much," he says.

Hampton says he got bored in high school classes, and was allowed to enter Shorter College when he was 16.

"Not only did I go to college, but I'm a product of 12 colleges and universities, and I never paid a dime to go to college," he says. "Most people must have felt I needed an education because I received grants."

He started preaching that same year. By the age of 20 he was ordained as a deacon and, by 21, as an elder of the church.

Hampton got an associate degree at Shorter College and then went to Philander Smith College in Little Rock, which gave him the opportunity to go as an exchange student to American University in Washington.

"I was the first Black to live on that campus," he says. "It was terrible. We had to have meetings all over Washington, and Washington is a hard place to get around."

Hampton's roommate, a white student, didn't speak to him often.

"When you're by yourself you can be lost, but you're not lost when you're in a group," he says. "The boys could work together and I would be standing there by myself, and the white girls would say, 'Come and run with us today.'"

He graduated from Arkansas Agricultural, Mechanical and Normal College in 1959 with a bachelor of arts degree in sociology, returned to Shorter College as a bookkeeper and instructor, and entered Jackson Theological Seminary. After that, he went to the Interdenominational Theological Center in Atlanta.

Hampton remembers driving from Atlanta to a church in Hot Springs during a school break and getting stopped by a policeman in a little Alabama town. The officer informed him he owed a $25 fine for speeding.

The officer took Hampton's watch and wedding ring in lieu of cash for the speeding ticket Hampton maintains he didn't earn.

In 1970, Hampton ran for governor as a Republican against Winthrop Rockefeller.

"Rockefeller was a good man," he says. "He did a lot for Black people. I ran against him but I still had a lot of admiration for him."

Hampton's candidacy put him at odds with Black colleagues and white Arkansans.

"I was president of the college and my bishop said that I could run for lieutenant governor, but I couldn't run against Rockefeller, because he was a New Yorker himself and they were friends," Hampton says. "There were some places that I received some threats, like in Texarkana."

He had left his job as president of Shorter College, so after losing the race he focused on being a public relations consultant with an office in the Worthen Bank Building -- 32 employees and a client list including Maumelle New Town, the city of Dumas, Haverty's Furniture and many more.

Hampton says the first time he served as president of Shorter College, he ordered the boys' dormitory to be razed, just before the city condemned it, and moved out of the president's house so the suddenly displaced boys would have a place to stay.

When he was asked to return in 1976, he says, he faced new challenges.

"It had opened that year with nine students, the morale was exceptionally low, and the bills were numerous," Hampton wrote in a brief biography many years ago. "I immediately turned that situation around -- increased tremendously the student body, integrated the faculty, raised the substandard salaries to salaries equal to any in the state, expanded the St. Louis branch, organized a branch of the school located at Tucker and Cummins prisons, set up a Weekend College for those working full-time jobs ..."

He resigned from Shorter for the second time in 1980.

"People want to know how I've done what I've done and about my life growing up," says Hampton, who shares advice in a soon-to-be-published book, "The Audacity of a Three-Fifths Man in the Pursuit of the American Dream." "There are secrets I want to share. I can be a lot of help to a lot of people."