'Grumpy Gus' turns out to be husband material 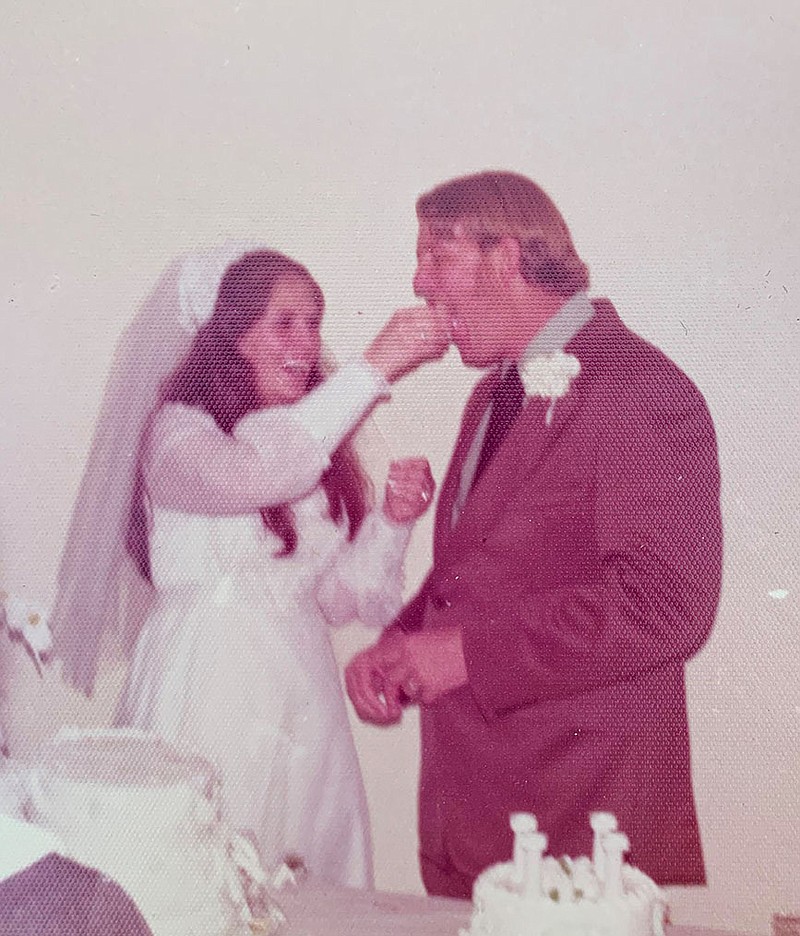 Cindi Provancha chirped good morning to Larry Eaton every morning for a couple of months before she got his attention.

Larry, generally having been up late the night before, grumbled in reply to those cheerful greetings from Cindi, a cashier in the restaurant at Carlsbad Caverns National Park in Carlsbad, N.M., in 1973.

Cindi swooned at the sight of Larry, with his blonde hair and mutton chop sideburns, clad in jeans and a T-shirt, his park ranger uniform slung over his shoulder.

"He was just so cute and so cool," says Cindi, who was 21. "He wore big Ray-Bans all the time. He was just too cool to even speak."

Some mutual friends -- who knew Cindi thought Larry was cute -- encouraged him to ask her out.

"I knew she was a good church-going girl," says Larry, who at 25 was enjoying his bachelor freedom.

They had both grown up in Carlsbad, but their paths hadn't crossed before then. Larry had recently returned to the area after a tour with the U.S. Marines in Vietnam.

When he finally did ask Cindi for a date, she turned him down.

"The first time he asked me out, I said, 'No, I really can't. My church is having a revival,'" she says. "This makes me sound like a missionary. I'm not -- I wasn't -- but I just really enjoyed being at my church."

She fretted that he might not ask her out again, but they actually started chitchatting after that.

Based on her response the first time he asked her out, Larry considered whether she might have turned him down because his invitation alluded to an evening of debauchery. The next time he asked he tried a different approach.

"My friend told me she was a Christian girl so I should ask her to get a milkshake instead," he says.

This time, she said yes.

"We went bowling," says Cindi, who was working at the park during the day and going to college classes at night.

She wasn't worried about going out with him, no matter how grumpy he had seemed to be, because her friends assured her he was a good guy.

"They told me he was just a big teddy bear," she says.

Cindi and Larry knew within a month of their first date that they would probably get married.

Over the holidays, shortly after they started dating, they drove to northern New Mexico so Cindi could introduce Larry to some of her relatives.

"We got snowed in," she says. "We were stuck there for about three days, staying with my aunt and uncle for three days. On New Year's Eve, we were at a big dance -- they were Catholic -- that they had at their church. He tapped me on the shoulder and he said, 'Do you want to marry me?' And I turned around and I said, 'Yes.' And then I turned back round. That's it."

Larry didn't have a ring to offer because he hadn't actually planned to propose.

"She said yes so quick that I thought, 'Well, OK.' I knew that I wanted to marry her but I just didn't know when would be a good time," he says.

When they got back to Carlsbad on Jan. 8, they went shopping for an engagement ring together.

They were married on March 15, 1974, in First Freewill Baptist Church in Carlsbad.

They honeymooned in Roswell, N.M., which didn't yet offer any intriguing alien conspiracies.

In 1975, Larry was hired as a park ranger in Hot Springs National Park. Cindi joined him when he went to school in Washington, D.C., for about six months. She was pregnant with their first child by the time he was to leave for Hot Springs, though, so she stayed behind with her family while she waited to give birth. She and their newborn baby joined him in Hot Springs a few weeks later.

"Now he fixes my coffee and breakfast every morning," she says.

She says: “I thought he was the cutest thing I had ever seen.”

He says: “I didn’t really think about it when the first time I saw her. She was really friendly and said good morning every day but my head hurt all morning.”

She says: “The guy that sang at our wedding was just a friend. He asked us if he could sing, and we were like, ‘Yeah, sure.’ And we had no idea what a beautiful voice he had.”

He says: “I had my brothers as ushers and my friends were all there and I was going to drink and then I decided I better stay straight, so I don’t ruin anything for her.”

She says: “Keep Christ in the center.”

He says: “Get yourself in charge. Everybody has fights and ups and downs and I’m more from the old school where you don’t give up. You don’t say, ‘Let’s go. We’re going to divorce.’ We’ve worked through everything we’ve ever done.”