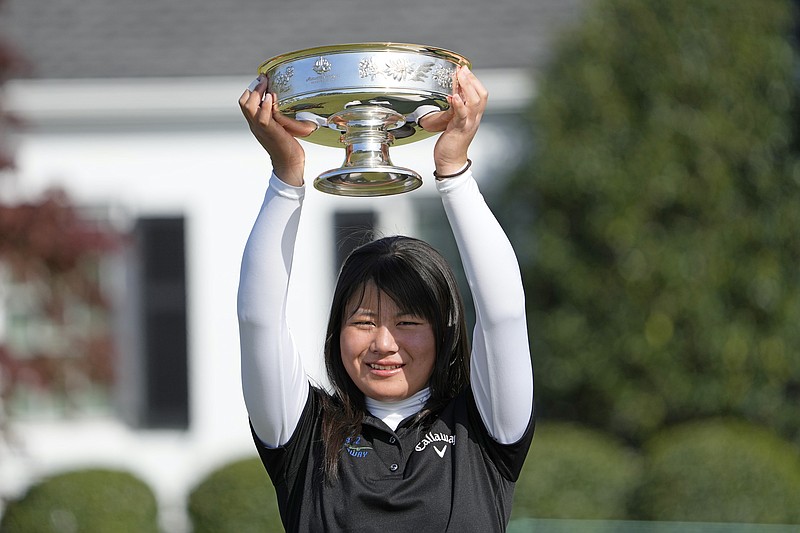 AUGUSTA, Ga. -- Japanese teenager Tsubasa Kajitani overcame a double bogey on the 17th hole by closing with a superb par save, getting her into a playoff that she won on the first extra hole Saturday to capture the Augusta National Women's Amateur.

She won with a par when Emilia Migliaccio's delicate chip on the 18th hole in the playoff didn't clear the sand.

Kajitani thought she had lost the tournament when she took four shots from the front of the 17th green for a double bogey.

She wasn't alone in her mistakes, however, and when she used the slope to perfection on the 18th hole for a pitch that grazed the edge of the cup, she had an even-par 72. Migliaccio closed with a 70 and already was in at 1-over 217, with no idea she would have more holes to play at the home of the Masters.

In the playoff on the 18th, Migliaccio was right of the bunker near the green, leaving her a delicate shot over sand to a fast green. She left it in the bunker, and Kajitani won with beautifully judged pace from the back of the green that left her 4 feet away for the winning par.

The 17-year-old was in tears when it was over, saying only to an interpreter, "I can't describe it."

University of Arkansas golfer Brooke Matthews started the day tied for 17th place but finished in a tie for 22nd. The junior from Rogers turned in a final-round score of 5-over 77. Matthews was at 10-over 226 for the tournament.

The final hour of the second edition featured a triple bogey that cost U.S. Women's Amateur champion Rose Zhang, a double bogey for Olivia Mehaffey of Northern Ireland on No. 12, consecutive three-putts that stalled Ingrid Lindblad,and bogeys on the final hole that kept the playoff from being even more crowded. 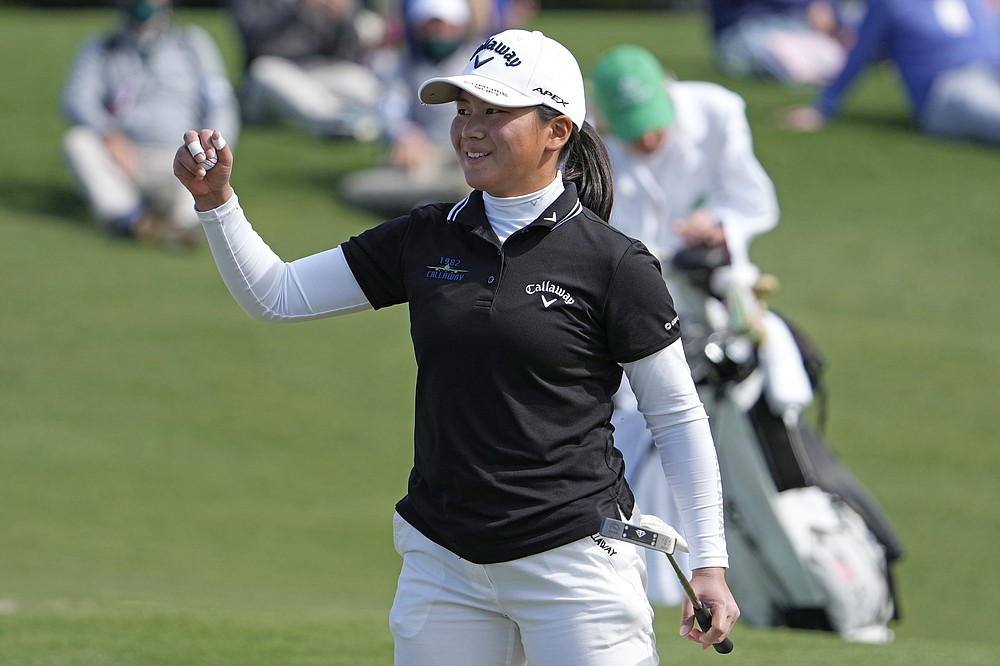 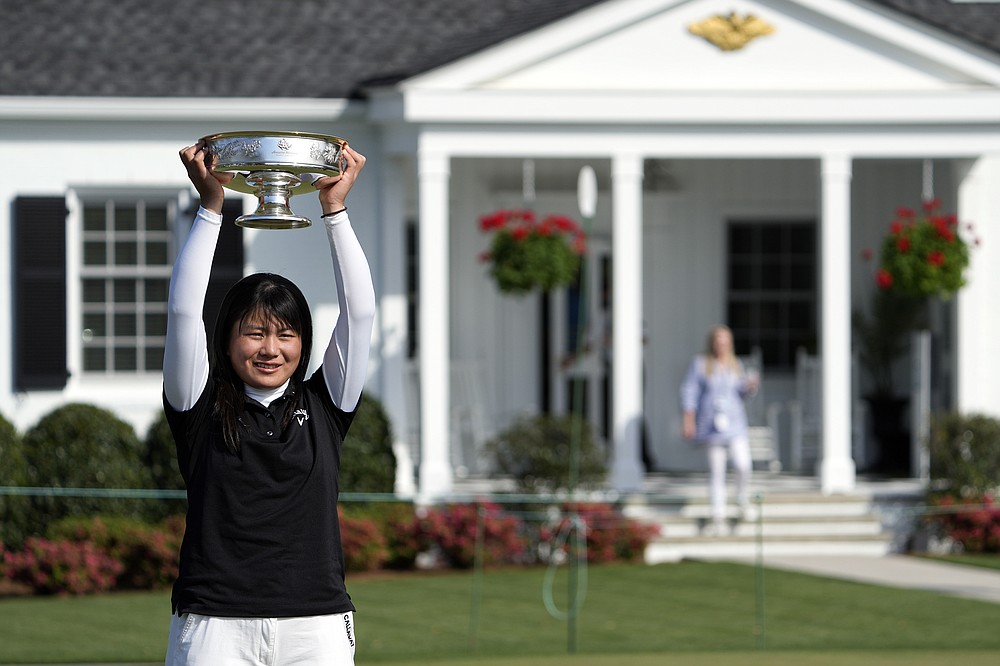 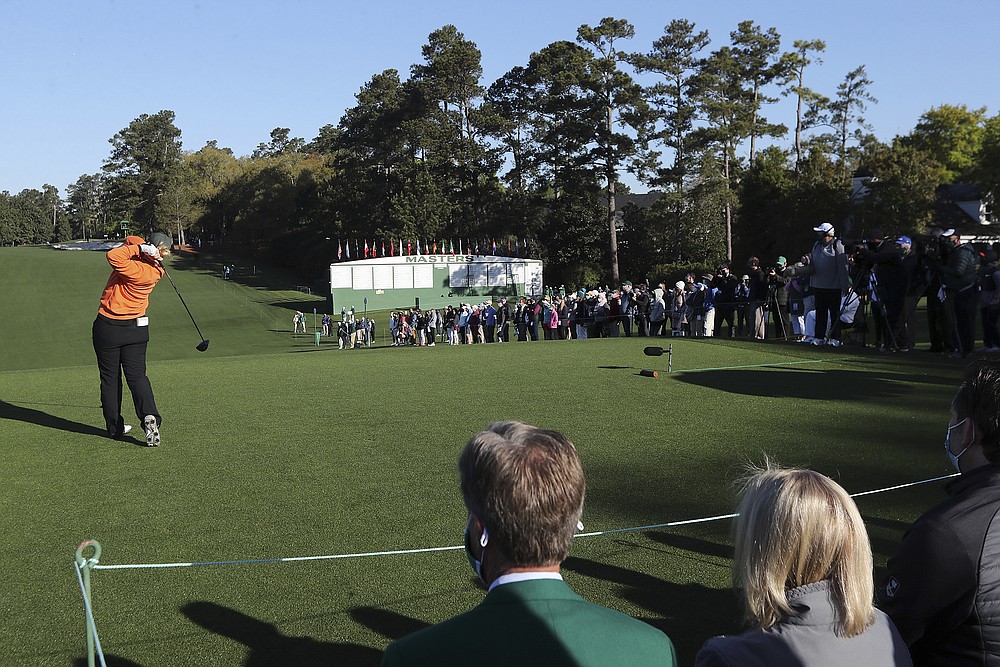 A limited number of fans return lining the first fairway at Augusta National Golf Club to watch Maja Stark tee off on the first hole during the Augusta National Women's Amateur final round on Saturday, April 3, 2021, in Augusta, Ga. (Curtis Compton /Atlanta Journal-Constitution via AP) 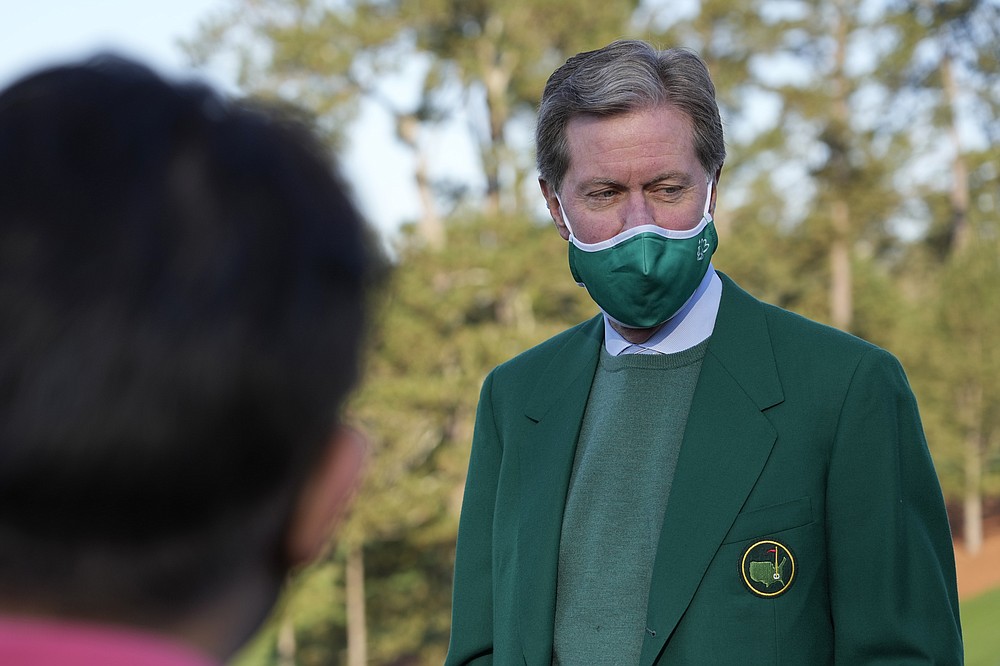