If you hunt on private land, game cameras will show you whether turkeys are in your area. It is illegal to hunt turkeys over bait. The Arkansas Game and Fish Commission defines a baited area as bait present or having been present within 10 days of hunting.

When spring turkey season opens April 19, Arkansas turkey hunters probably will have more company than usual as Arkansans take to the woods to combat covid-19.

One indicator is that applications for the controlled-access spring turkey hunts on wildlife management areas increased by more than 30% this year, and few permits were left unclaimed. For the first-come, first-serve online sale after the period ended for successful applicants to claim their permits, the only permits available were for Cut-Off Creek WMA and Sulphur River WMA. Usually, a few permits are unclaimed for almost every controlled hunt, and permits for those two areas often languish unclaimed for weeks.

Hunters who did not win controlled-access hunt permits will join the rest of us on private land and public land with unregulated access, particularly the Ozark and Ouachita national forests.

If you hunt on private land leased by hunting clubs, as is common in south Arkansas, you probably noticed more turkey hunters during the 2020 spring turkey season, when turkey hunting participation increased dramatically. More hunters in the woods increased disturbance, which in many cases changed turkey behavior patterns in familiar woods.

Disturbance was even greater on public land with unregulated access. This forced many hunters to recalibrate their hunting strategies and techniques.

Despite significantly more hunters in the woods, the turkey harvest in 2020 was about the same as it was in 2019. To increase their odds, hunters must continue to adapt their hunting strategies to mitigate the additional hunting pressure. Ironically, that is easier to do on public land, where a motivated and physically fit hunter can simply outdistance the competition by getting into remote areas where other people don't go.

In south Arkansas, logging roads crisscross every hunting camp and essentially divide properties into 80- to 160-acre parcels. That makes it easy for hunters to listen to gobblers from the roads, determine which direction turkeys are going and try to ambush them. This tactic is also common in the mountains, where you can hear gobbles farther away than you can in the flatlands.

Most hunters seldom venture more than 300 yards away from a road. Studying a map will reveal areas that are not easily accessible from roads. Packing light, you can reach places that are lightly hunted, if hunted at all.

To invest that kind of time and effort, you want assurance that turkeys inhabit your chosen area. That requires scouting.

When scouting, you are looking primarily for physical evidence of turkey presence. Specifically, look for feathers, droppings and tracks. A gobbler's droppings form a white-capped J-hook. Astute hunters will check droppings for moisture. A dry, crumbly dropping is old. A moist dropping is fresh. Some hunters roll the thing over with a stick, as if they suspect a dropping is lying.

Look for tracks in moist soil. Good places are along creeks. If you find places in the woods where the leaves are all turned up from turkeys scratching for food, that's a very good sign.

Most turkey hunting is done with the ears. This is very difficult for the casual hunter whose hearing is dulled from the constant din of civilization. A relentless bombardment of music, advertisements, broadcast voices and various other murmurings desensitize your ears to the soft sounds that turkeys make while traveling through the woods. You hear them, but your brain is not conditioned to decode them. Unless it happens right on top of you, even a gobble can be imperceptible in the woods to an untrained ear.

Also, look for likely roosting trees along creeks, as well as small woodland openings that gobblers often use for strutting parlors.

When you find a spot you like, commit the route to memory, but back it up with GPS.

Prioritize safety. Especially if you hunt alone, avoid situations where unstable footing could cause you to break a leg or otherwise immobilize you. To prepare for such an event, always tell a family member or friend where you are hunting.

Even though you are certain that you are the only hunter in your unknown, inaccessible corner of the national forest, always hold open the possibility that another person nearby believes the same thing. Take every precaution to avoid participating in a hunting accident. 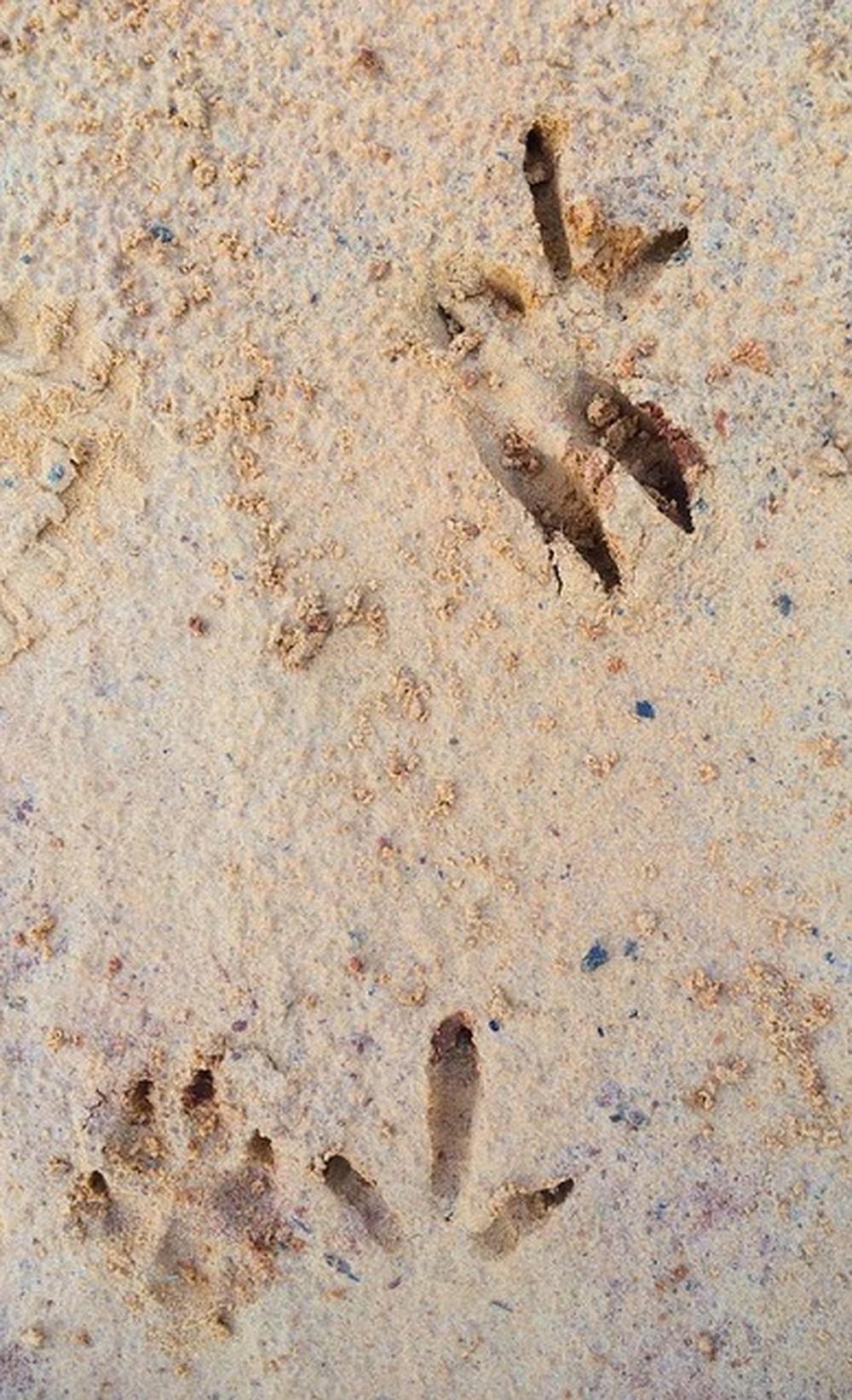 Look for turkey tracks in mud or sand when scouting. A fresh track is well defined with sharp edges. Old tracks have rounded edges with dirt in the indentations. (Arkansas Democrat-Gazette/Bryan Hendricks)
ADVERTISEMENT