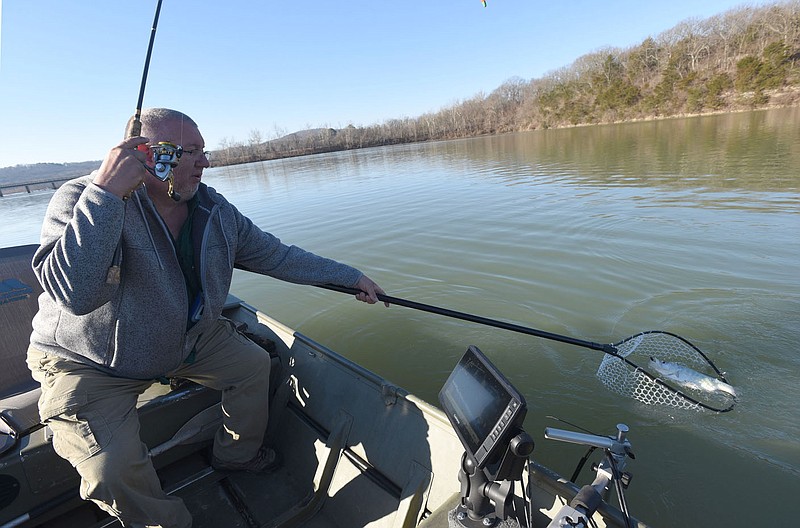 Mike McBride comes prepared with a net to land big crappie at Lake Sequoyah in Fayetteville. Small silver and black jigs rigged three feet under a float on March 4 2021 did the trick. McBride has been fishing at Lake Sequoyah since he was a boy. (NWA Democrat-Gazette/Flip Putthoff)

Anglers are hot on the crappie trail as the water warms at Lake Sequoyah on the east edge of Fayetteville.

Mike McBride of Winslow follows the tasty panfish as they move from deep water in late winter into the shallows at springtime. Crappie were somewhere in between when McBride launched his aluminum boat at Lake Sequoyah in early March.

Surface water temperature was a chilly 45 degrees when the angler made his first casts at sunrise. "This lake is real shallow so it warms up fast," he said. Four hours and a fine mess of crappie later, the water temperature was bumping 50 degrees. A half dozen of those fish measured 14 to 15 inches long. Those are big crappie at any lake.

McBride used a one-sixteenth-ounce soft-plastic jig with a black body and silver tail to usher a parade of crappie into his livewell. A small foam bobber is set just above the jig so the lure dances about three feet beneath the surface.

Now and then he gives his rod tip a little pop to twitch the jig a bit. When a light breeze came up, ripples did the work bouncing the bobber while the jig jitterbugged down below.

Bites can be light. Sometimes a crappie pulled the orange float way under water. On other strikes, the bobber barely moved. The 52-year-old rarely missed a fish, educated by a lifetime of fishing at Lake Sequoyah.

He grew up a mile from the reservoir. When McBride was 12, his mom bought him a small boat and outboard. Back then Lake Sequoyah had boat stalls for rent and McBride was the youngest angler with a boat at the dock.

"She'd rather see me out on the lake than getting into some other trouble," McBride said.

Later in life, McBride ran the office at Lake Sequoyah for eight years and coached customers on how to catch crappie, along with largemouth bass, catfish and sunfish.

"If you draw a line from the west end of the one-lane bridge to the White River bridge, that's the river channel," he explained. "That's where the deepest water is, 25 to 30 feet. The rest of the lake is a big mud flat, one to seven feet deep."

That's where McBride fishes during spring. Good as the fishing was on this sunny March day, it should get even better as spawning time nears.

"When the water hits 54 to 58 degrees, that's when they really start biting," he said. Crappie move close to shore in the warming water.

When that happens depends on the weather. Chilly nights keep the water temperature down. Once the overnight low is 50 degrees or higher, Lake Sequoyah warms quickly.

Checking with McBride on Thursday, he said the crappie haven't move to the bank yet, "but they're starting to stage in the shallower water. I think, with warmer weather coming, they'll be on the bank in another week or so."

The crappie is king in McBride's boat, but they aren't the only fish in the pond. The best largemouth bass fishing is April through June, McBride said. Spinner baits and plastic worms at the top lures. Bluegill and redear sunfish bite well in May and June on crickets, worms or small jigs.

Some giant flathead catfish prowl the lake. Flatheads go for live bait, so small sunfish or big minnows are good to use.

"The crappie always bite first and everything else starts after that," McBride coached.

A lot of anglers, McBride included, favor tighter regulations such as reducing the daily limit to 15 crappie, setting a 10-inch minimum length limit or both. That's similar to the crappie regulations at Beaver Lake. The daily limit is 15 and crappie must be 10 inches or longer to keep at Beaver.

For Lake Sequoyah visitors not into fishing, the waterway is a haven for canoe and kayak paddling. Birds and waterfowl are everywhere, especially during spring. Bright flowering aquatic plants dazzle paddlers on the upstream reaches of the lake.

Fishing in the morning and hiking in the afternoon makes for a fine day at this picturesque lake. 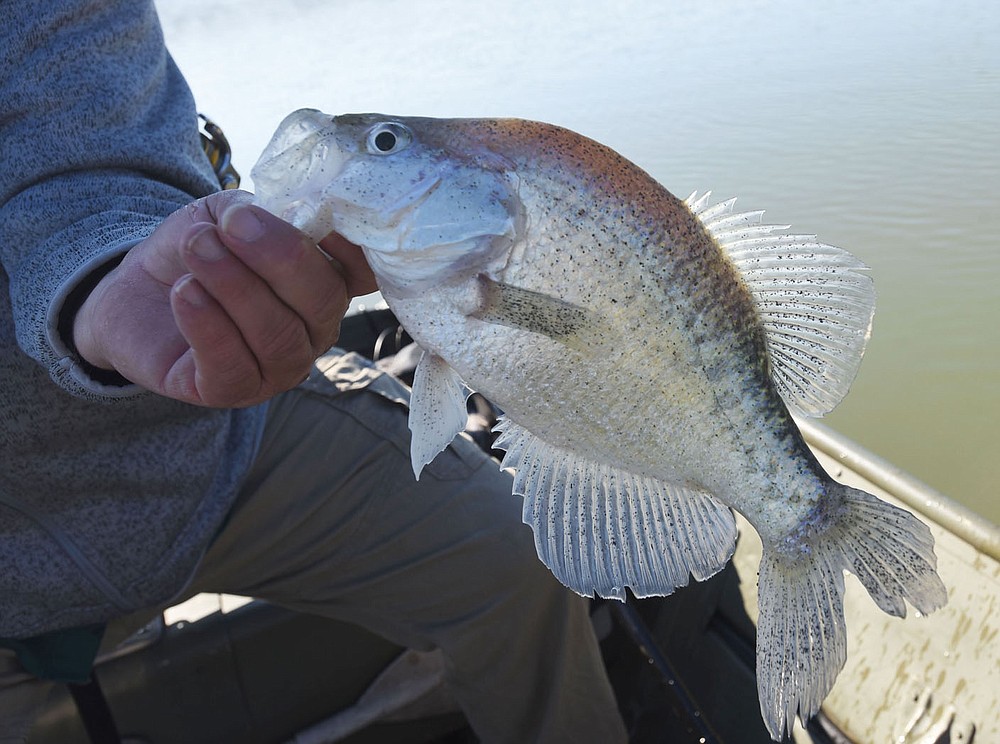 McBride caught this crappie and several more on March 4 2021 on a jig with a black body and silver tail. (NWA Democrat-Gazette/Flip Putthoff) 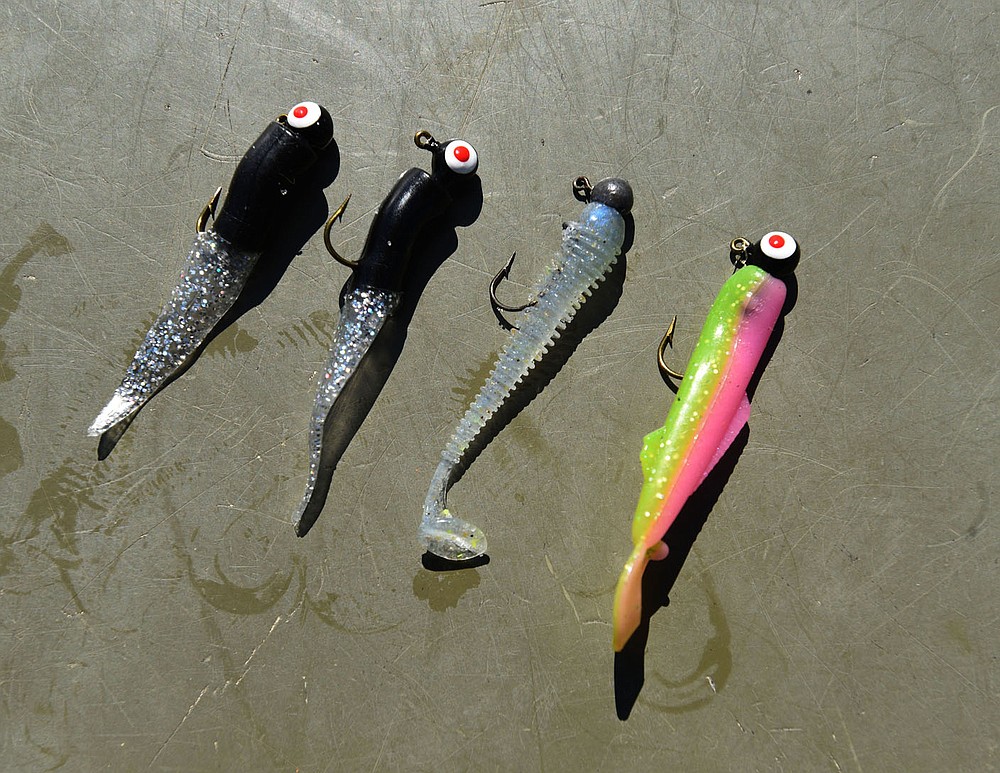 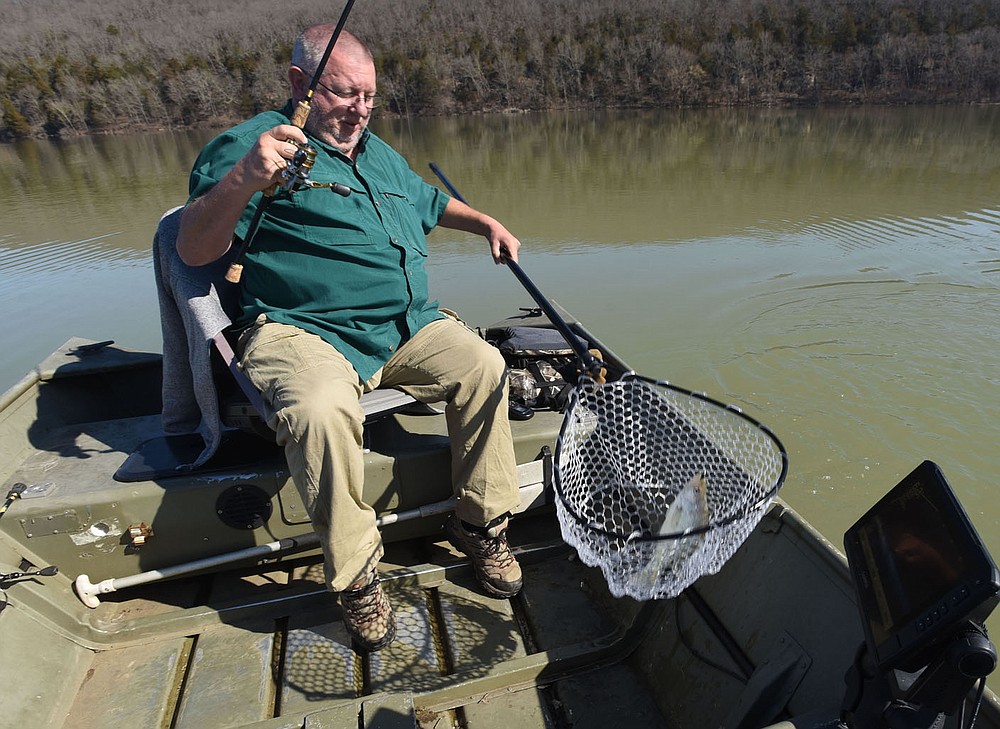 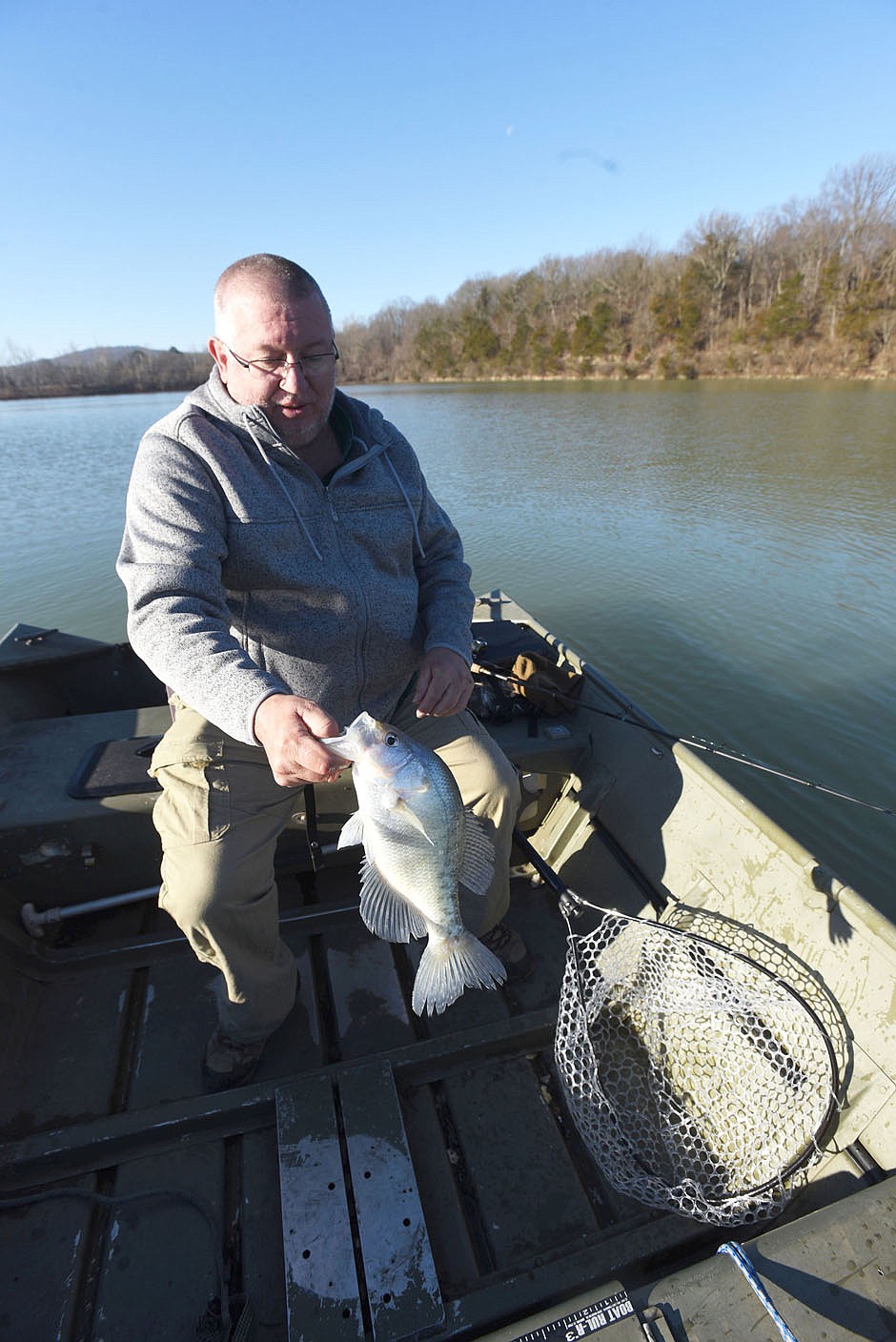 Another hefty crappie is on its way March 4 2021 to McBride's livewell. (NWA Democrat-Gazette/Flip Putthoff) 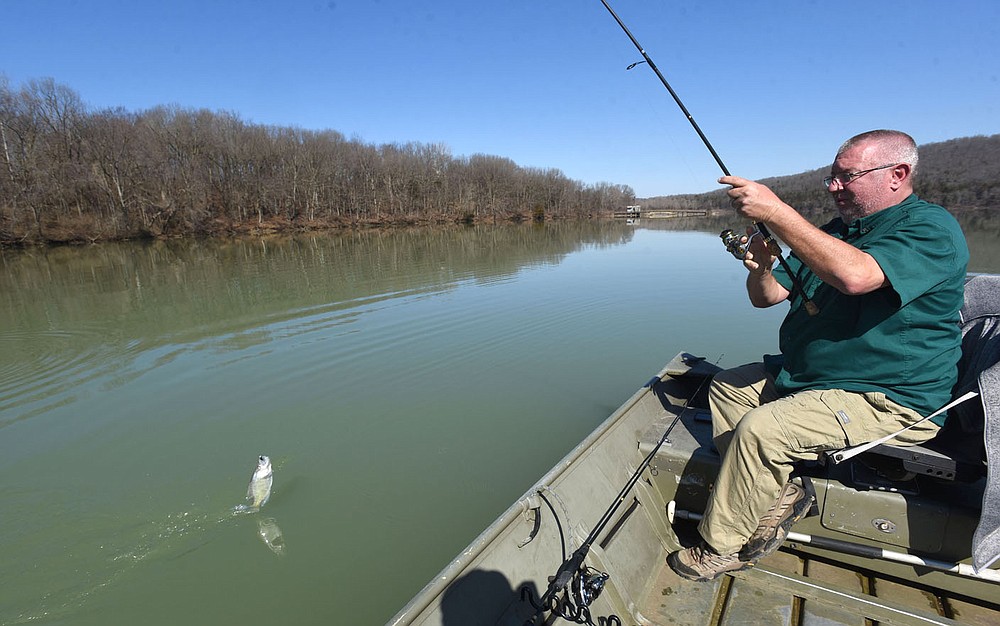 Mike McBride reels in one of several crappie he caught March 4 2021 at Lake Sequoyah in Fayetteville. Small silver and black jigs rigged three feet under a float did the trick. McBride says fishing will get even better as spawning time nears. (NWA Democrat-Gazette/Flip Putthoff)
More News

To reach the lake from Fayetteville, drive east on Arkansas 16 toward Elkins. Turn left at the large sign for Lake Sequoyah at Lake Sequoyah Drive. Follow the road approximately 1.5 miles to the lake.

The city of Fayetteville purchased the property for Lake Sequoyah Park in 1958. Construction of the Lake Sequoyah dam started in 1960 as a water supply for the city. When Beaver Lake filled in the mid-1960s, the city began getting its water from the Beaver Water District, as it does today.