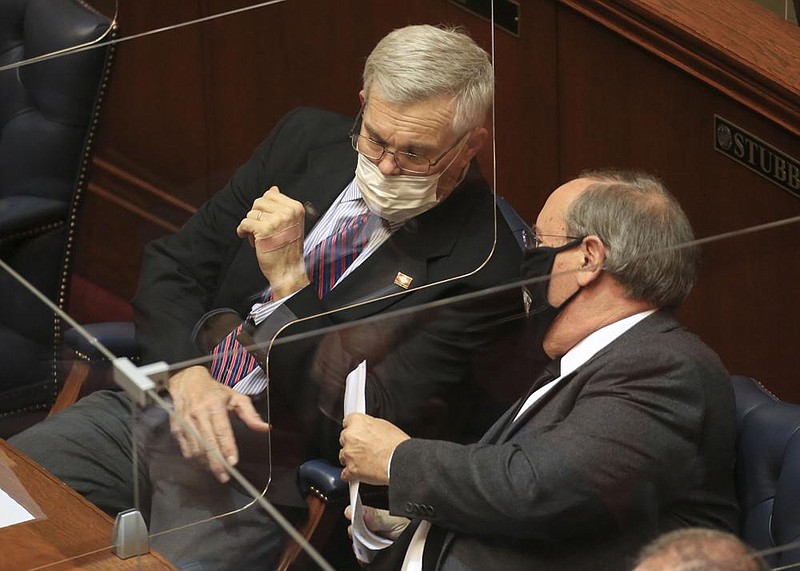 The Arkansas Senate on Tuesday approved legislation that aims to protect historical monuments on public property, including those commemorating the Civil War.

The bill "basically protects historical monuments from vandalism, damage [and] destruction," and would not interfere with governmental entities' responsibility to maintain and protect the monuments, said Johnson, who also said he had been working on the bill for two years.

He said some senators may have been contacted by municipal utilities about their concerns about the bill, and he plans to try to amend the bill in the House. He said he doesn't want his bill to stop a ruptured water main from being repaired.

Johnson said he also would try to amend the bill so it covers existing historical monuments, and future monuments would be required to be certified with the Arkansas History Commission.

SB553 would define a historical monument as a statue, memorial, gravestone plate, nameplate, plaque or historical flag display that is on public property and has been erected for or named or dedicated in honor of a historical person, historical event, military organization or military unit. The bill also says the monument must either be listed on the National Register of Historic Places or be in a veterans' cemetery.

Under SB553, a "historical monument shall not be relocated, vandalized, damaged, destroyed, removed, altered, renamed, rededicated or otherwise disturbed."

An entity controlling public property that is itself a historical monument or on which a monument sits may petition the History Commission for a waiver from the requirements of the bill.

Sen. Clarke Tucker, D-Little Rock, said the Arkansas Municipal League has expressed concern about the broad definition of a historical monument, including a nameplate. He said the bill would require governmental entities to get permission from the History Commission to change that nameplate.

Johnson said governmental entities wouldn't be required to get permission from the commission to change the nameplate for a person unless that is a person considered to be a historical figure.

SB553 also states, "The state Capitol shall not be vandalized, damaged, destroyed, or otherwise disturbed."

The Capitol Arts and Grounds Commission or the office of the secretary of state wouldn't be required to apply for a waiver under the bill.

A person who knowingly violates the proposed law would be guilty of a Class A misdemeanor if the value of the property is more than $500 and the damage or repair cost to the historical monument is more than $100.

A person with a previous Class A misdemeanor conviction under the bill would be guilty of a Class D felony if damaging property worth more than $1,000 or the damage or repair cost to the historical monument is more than $1,000.