Nationals patchy, but they're playing 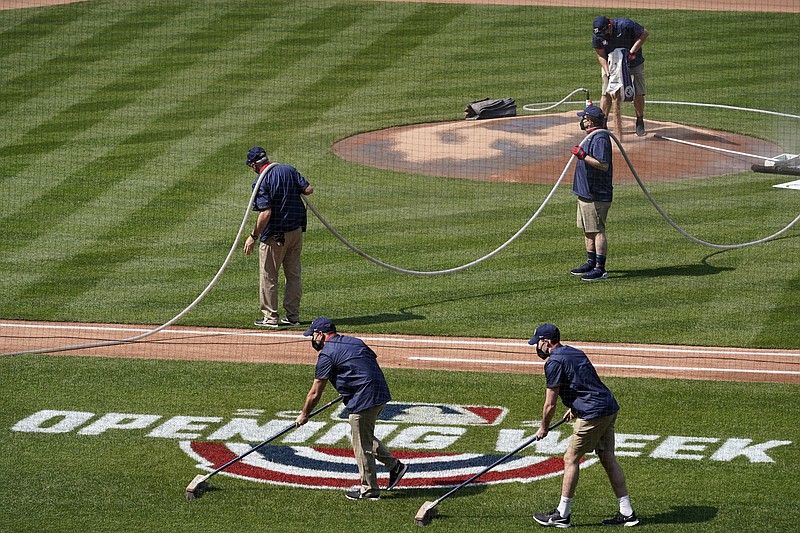 Groundskeepers prepare the field before a home opener baseball game between the Atlanta Braves and the Washington Nationals at Nationals Park, Tuesday, April 6, 2021, in Washington. (AP Photo/Alex Brandon)

WASHINGTON -- As the Washington Nationals lined up for pregame introductions Tuesday, they stood near "OPENING WEEK" stencils in white paint beside the green-as-can-be grass along the baselines.

Who could have known it would take nearly a full week into the 2021 regular season before the coronavirus-hit Nationals would play?

And who could have imagined that the stadium announcer's enthusiastic shout to spectators -- 5,000 were permitted -- presenting "Your 2021 Washington Nationals!" would be rather misleading, because more than a third of what was supposed to be the 26-man roster was absent?

The Nationals finally got started five days later than they were supposed to, delayed because of an outbreak in which four players tested positive for covid-19 and seven others were told to quarantine after contact tracing deemed they potentially were exposed to the illness.

"Obviously they want to be here and they want to be with the team. That's a struggle for them," Manager Dave Martinez said before the Nationals beat the Atlanta Braves 6-5 on a walk-off hit by Juan Soto on Tuesday. "But overall, they're in good shape. They feel good. They can't wait to be back."

The fans on hand clearly were thrilled, finding any excuse to clap or cheer, whether when a flag noting the team's 2019 World Series title was raised on the concourse beyond left field -- it originally was lifted in July 2020, without anyone in the stands to see it -- or when Max Scherzer walked from the dugout to right field to begin his pre-start routine.

Previously shuttered concession stands were open, selling hot dogs and the rest -- with sign-of-the-times touchless condiment machines nearby. Team store mannequins were decked out in Nationals jerseys, caps and masks emblazoned with the team name.

On the field, though, this was not the full version of the Nationals that General Manager Mike Rizzo assembled in an attempt to move past a tied-for-last finish in 2020.

All were put on the 10-day injured list Tuesday, as were backup catcher Alex Avila and reserve infielder Jordy Mercer. No reason was given for those nine moves; a 10th player who went on the IL, reliever Will Harris, was identified as having inflammation in his right hand.

"When we get these guys back, we'll be ready," Martinez said. "For right now, I feel like we're going to be able to compete, even with the guys we've got."

Here is how Scherzer defined what sort of attitude the Nationals need at the moment: "Just suck it up and deal with it."

He pitched Tuesday to Jonathan Lucroy, a 34-year-old catcher who was signed over the weekend and couldn't join the Nationals until Tuesday, after he passed covid-19 intake screening.

Not quite the start Scherzer hoped for -- he gave up four home runs in the first three innings.

But at least the Nationals were playing.

"It's kind of part of the craziness that we've all been part of the last year-plus," said Ryan Zimmerman, who opted out of last season because of covid-19 worries and started at first base Tuesday. "You've just got to stay ready and be ready to go when it's time to play."

Washington's season-opening three-game series against the New York Mets was scrapped because of the home team's outbreak; so was Monday's series opener against Atlanta, which will be made up in a doubleheader today. 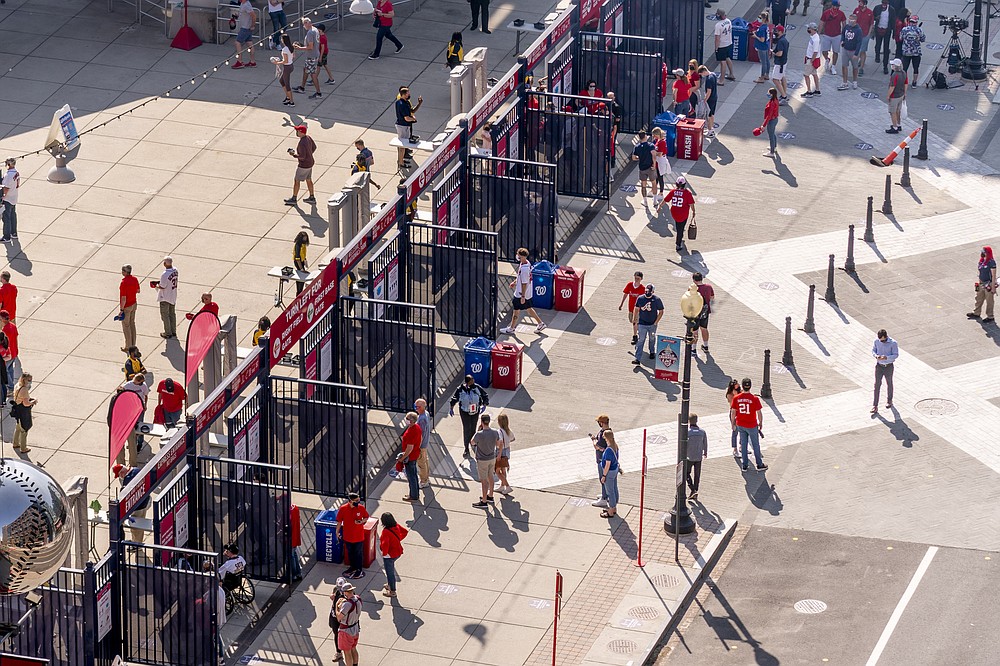 A steady trickle of fans arrive at the centerfield gate as the Washington Nationals play the Atlanta Braves in their opening day baseball game at Nationals Park, Tuesday, April 6, 2021, in Washington. (AP Photo/Andrew Harnik) 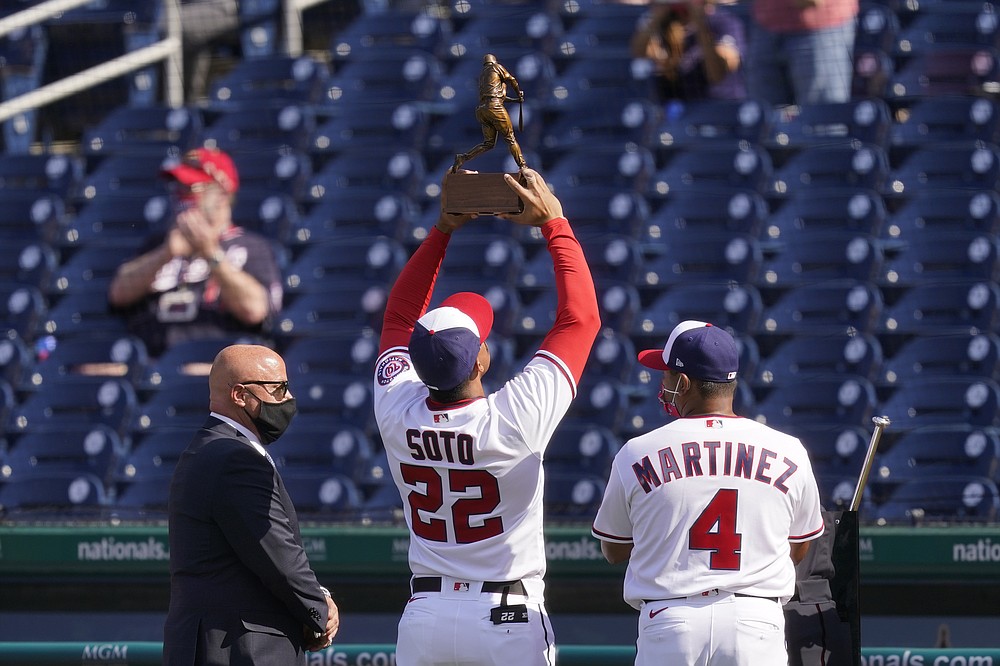 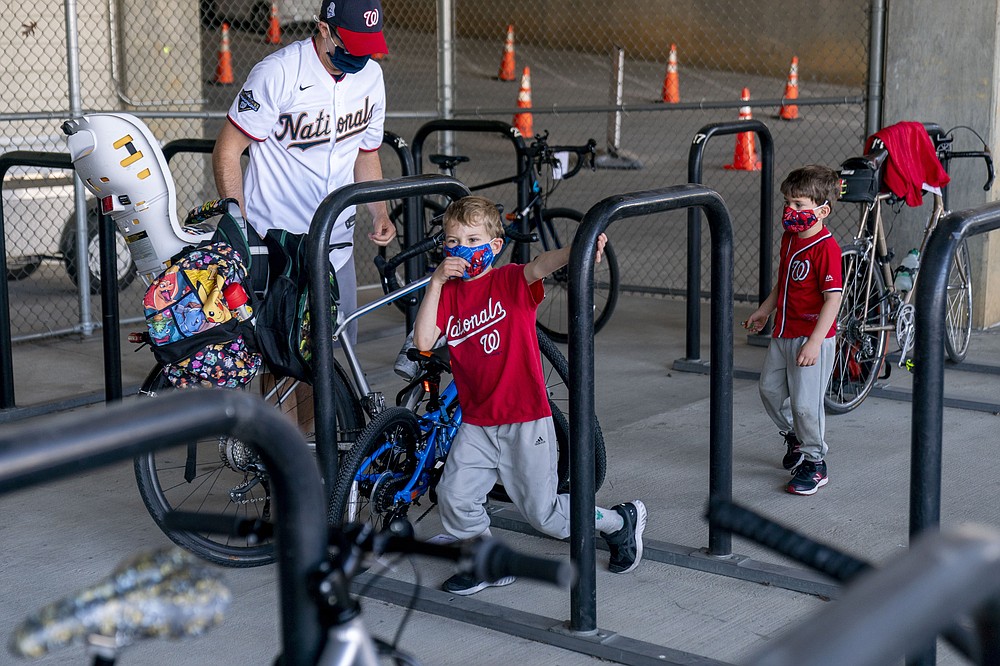 Michael Hoffman of Washington and his sons Evan, 6, center, and Andrew, 4, right, lock up their bikes as they arrive before the Washington Nationals play the Atlanta Braves in their opening day baseball game at Nationals Park, Tuesday, April 6, 2021, in Washington. (AP Photo/Andrew Harnik) 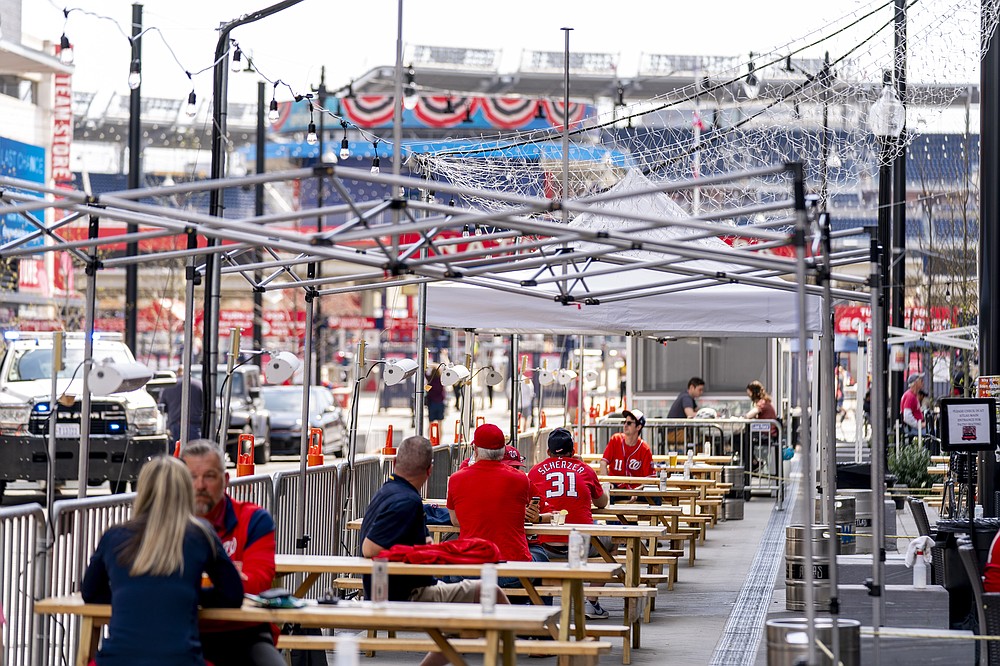 A few fans sit at outdoor bars near the centerfield gate before the Washington Nationals play the Atlanta Braves in their opening day baseball game at Nationals Park, Tuesday, April 6, 2021, in Washington. (AP Photo/Andrew Harnik) 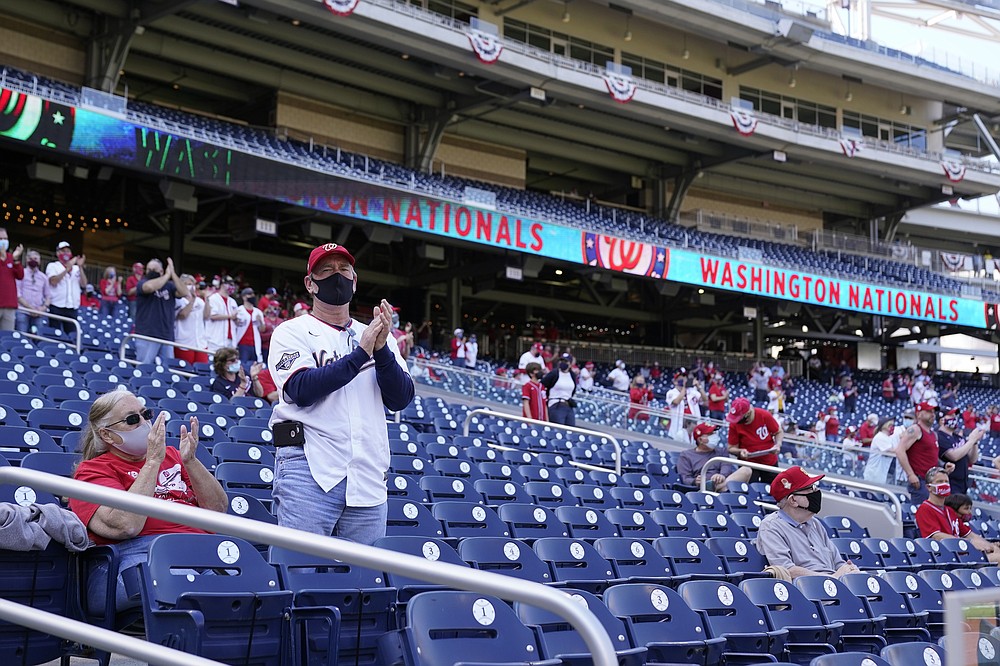 Fans sit socially-distanced in the stands before an opening day baseball game between the Atlanta Braves and the Washington Nationals at Nationals Park, Tuesday, April 6, 2021, in Washington. (AP Photo/Alex Brandon) 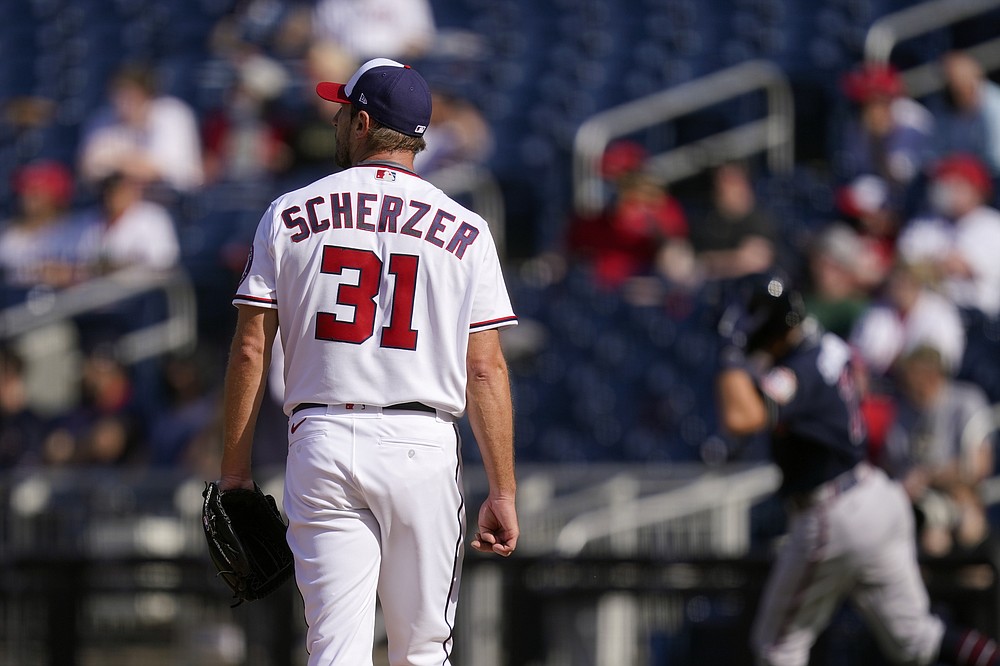