Six get posts in Arkansas Derby 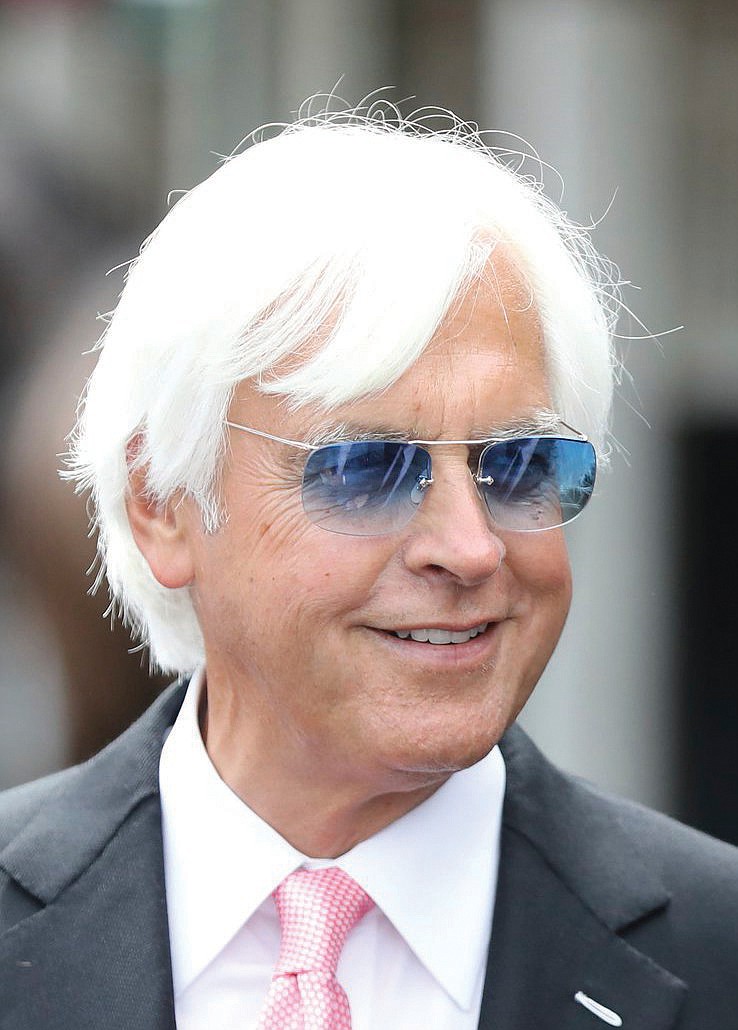 Trainer Bob Baffert is seen at Churchill Downs Friday, May 3, 2019, in Louisville, Ky. Baffert will saddle three runners in the 145th running of the Kentucky Derby is scheduled for Saturday, May 4. (AP Photo/Gregory Payan)

HOT SPRINGS -- At least for the day, the stars' handlers seemed content.

Post positions were drawn at Oaklawn on Tuesday for the Grade I, $1 million Arkansas Derby for 3-year-old horses and the rest of the 13-race card scheduled for Saturday at Oaklawn Racing Casino Resort.

"When you're going a mile and an eighth, [post position] is not a big deal," said Bob Baffert, the trainer of Concert Tour. "There's a good run to the turn, so it's not going to be that big of a deal. It's fine. Concert Tour is a fast horse. He breaks really quick."

"The way he ran last time, that was sort of his coming-out party," Baffert said. "I'm excited about him."

Baffert also trains Arkansas Derby entrant Hozier, who is set to start from the third gate. Hozier, by Pioneerof the Nile, finished second in the Rebel.

In the Grade III, $500,000 Count Fleet Spring Handicap, 2020 champion sprinter Whitmore is entered to start from the second gate in the probable seven-horse field. C Z Rocket, a son of City Zip trained by Peter Miller, finished second to Whitmore in the 2020 Breeders' Cup Sprint and is set to start from the sixth gate.

Both Miller and Baffert are based in Southern California.

C Z Rocket was shipped to Oaklawn for the 6-furlong Hot Springs Stakes on March 13 and left with an upset win by a neck over Whitmore.

Whitmore had won the previous four Hot Springs Stakes, the longest streak of stakes wins at Oaklawn since racing began at the track in 1904.

"I like the draw," Miller said. "I like being out in the clear, being able to see what's going on inside of us."

"[The post position] is fine," Moquett said. "We'd rather be on the inside than the outside with Whitmore."

Whitmore, an 8-year-old son of Pleasantly Perfect, is the defending Count Fleet champion. He also won the race in 2017 and 2018.

"Post position shouldn't be a problem," Moquett said. "He is more comfortable inside of horses. Sometimes, when he's on the outside, Whitmore gets a little lackadaisical and loses interest."

Miller also trains Arkansas Derby entrant Get Her Number, a son of Dialed In, who will start from the fourth gate. Get Her Number finished a troubled seventh, 81/2 lengths behind Concert Tour, in the eight-horse Rebel field.

"I like [the six-horse field]," Miller said. "It should eliminate some of the traffic issues, so I'm good with that part of it.

"We're not going for the lead, so we're going to let him settle where he's comfortable. Hopefully, we'll be able to win it from off the pace."